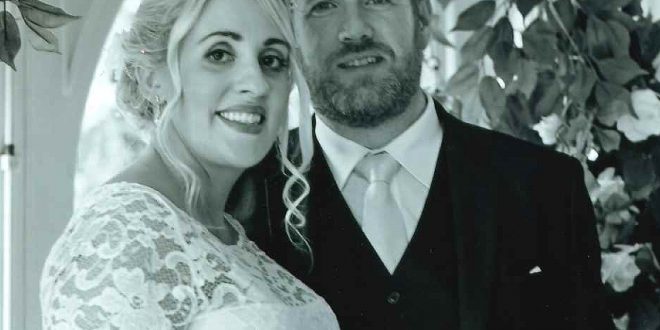 A LITTLE over three years ago, Aileen O’Connor and Ronan Shiels began messaging each other on Plenty of Fish and now they are married, living in Sixmilebridge with their two children.

Unsurprisingly, both of them are advocates of online dating and Ronan says he knows several others who have found love on the web. “It’s definitely a good avenue. Three of my friends are married through online dating.”

The couple had actually met each other socially long before they got together, says 33-year-old Aileen.

“I actually had met him through mutual friends years ago and then I had lost touch with that friend. To my knowledge, he was in a long-term relationship or married, then he appeared on this Plenty of Fish thing. I kind of knew he was a decent and good guy. He messaged me to say ‘hey, fancy meeting you here’ kind of thing and we chatted fairly fluidly because we had been in each other’s company a few times before that. We were chatting for about three weeks and then we decided to meet up. We met in Gort, in O’Grady’s, on November 8, 2013.”

A baker by trade, Ronan presented her with three apple tarts on meeting her. He also helped make a good impression with an early show of chivalry.
“When I arrived, it was raining. He came to my car with an umbrella and he had a ticket for the car. We had coffee and were chatting. I’d always be talking anyway but it was a good oul’ chat. We had a few coffees and a scone.”

Things moved quite quickly from that promising start.

“We were texting. I think he was down the following week and we went to Bunratty, out for dinner in the Cornstore and out to Nancy’s [a Limerick pub]. That was in November 2013 and our first daughter was born in November 2014. Then, in October 2015, we got married. I was six months pregnant getting married and we had Eli in January 2016.”

While the timing wasn’t suitable when they first met, it had been suggested to Aileen that they would be well matched.

“We were actually both in relationships and it was a mutual friend of mine, who has actually since passed, who always said to me, ‘Oh my God, yourself and Ronan would be perfect together’. I’d be saying, ‘what are you on about?’ He was in a long-term relationship and I had a boyfriend.”

Ronan had been logging on to Plenty of Fish for a few months but hadn’t met anyone else online.

“I was on it for a little while but Aileen was the first person I went on a date with. It worked out perfectly for me!” he laughs.

On the other hand, Aileen had already met lots of different people through Plenty of Fish but none she had much of a spark with. She had first set up a Plenty of Fish account during a spell of singledom, when she was feeling lonely. “I was single for quite a while; all my friends were in relationships and they were having babies. Everyone had kind of moved on, I suppose. The single life was hard, in that, when I was going out with my friends, it was to catch up with them; if someone was chatting me up, I didn’t really have much interest or much time.

“I had bought a house, I was living in Westbury by myself, I was working and I found the weekends kind of lonely. I was thinking, I’m pushing on and I want to have kids, I’d love to meet somebody but it wasn’t really happening for me on the social scene. I said I’d give this a try and I was on it for a good few months. I was gone dating mad – I was having breakfast, lunch, dinner dates, the whole lot. I met one guy from Cork and I was seeing him for a while but nothing really came of that.”

Mundane daily routines went out the window, as a result of joining Plenty of Fish. “Instead of coming home in the evenings and putting on the pyjamas and watching the soaps, I’d be putting on nice clothes, doing my hair, make-up and tan, going out and having a date and feeling good about myself. Even if it didn’t work out, it’d still be a nice night.”

However, she does admit she was getting a bit frustrated as time was going by. “I was talking to my dad one day and I told him I had no interest in anyone I was meeting. He said, ‘you have to put effort into it, give it a shot for at least a month and if nothing comes out of it, maybe it’s not for you’. It was that month I met Ronan.”

Ronan was in his late 30s when they got together and online dating was perfect for him, at a time when his social life wasn’t very hectic. “I was eight or nine months out of an eight-year relationship. It was hard enough to go out and meet people. Most of my friends were either married or going out with people, so I wasn’t going out that much. It is a very good avenue alright for certain people.”

He also feels that online dating has a lot to offer over the pub/club route. “Say you go for dinner or coffee, you meet the genuine person. If you are out in a nightclub, you could be meeting someone with a load of beer in them.”

While there would once have been some stigma attached to online dating, he feels that is gone now and people should be aware of how it can help them.

“At the end of the day, you have to look after yourself. It’s about your happiness. I suppose there are people who are wary about going on it but that’s not me.”

“Is it a second wave? It’s hard to know”