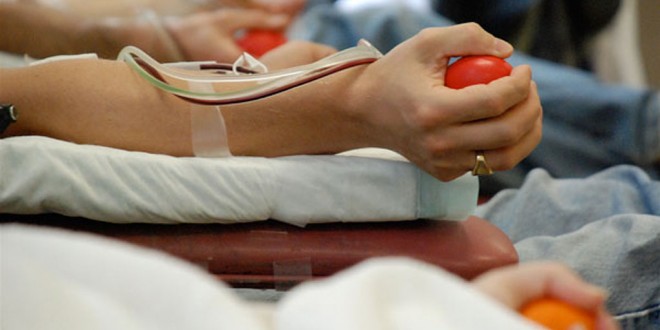 The Irish Blood Transfusion Service (IBTS) is concerned that it may not be able to maintain supplies to hospitals over the coming two weeks. While hospital requirements have been down in recent months (-4%), donations levels have dropped significantly (10-12%).

“Donors have been attending in their usual numbers over the last six weeks. However, blood donations have remained low due to the fallout from the haemoglobin measurement technology issue identified at the beginning of November,” said operations director, Paddy Bowler.

“Up to October 2015, one in seven donors attending clinics were unable to donate for various reasons, since November 2015 this has worsened to one in four attending donors being unable to donate. The increase is caused entirely by donors presenting with haemoglobin levels below permitted EU donation limits.In recent weeks the IBTS has requested hospitals to conserve the use of blood groups O negative and B negative.

“This morning (Monday) blood supply levels of the main blood groups stand between four and five days. While the knock on effect of low haemoglobin levels is expected to last for some time, it is imperative that donors come forward over the next few weeks to safeguard blood supplies during the extended holiday period of St Patrick’s Day and Easter.

Ennis gardai step up a gear for IBTS