Home » News » Up and Up for Shannon 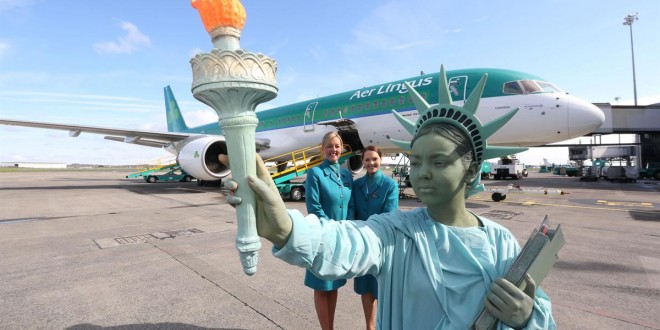 Up and Up for Shannon

SHANNON Airport is in major growth mode this week, as nine new routes commence in five days, delivering a  boost for tourism and business interests.

Less than 15 months after the airport was made independent,  Shannon will enjoy its biggest week in almost a decade in terms of new route start-ups, as Ryanair launches new services, to Munich, Paris, Faro, Warsaw, Krakow, Nice, Poitiers, Berlin, Fuerteventura, while Aer Lingus Regional kicks-off a new Bristol service.

The 2014 summer season, which officially begins in April, will see 16 service enhancements at Shannon, including the nine new routes.  Among the enhanced services is the now year-round Aer Lingus New York service, which began on Sunday.  This will be a six times weekly service and is the first time Aer Lingus will have operated year-round on New York since 2009.

Aer Lingus also  started a new twice weekly Malaga service on Sunday, which will add to the significantly expanded European network to and from the airport this year.

“This week is a turning point for Shannon. Not since 2005 has Shannon had a week like this in terms of new routes starting up,”  airport CEO, Neil Pakey said.