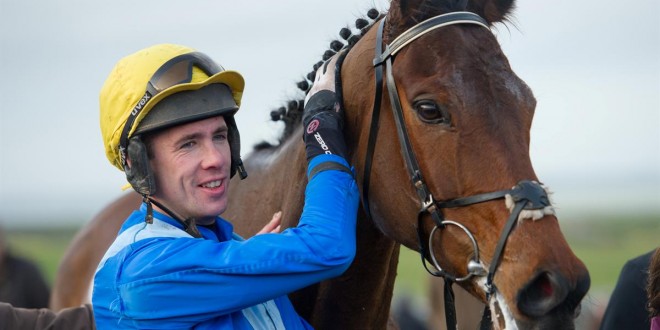 Under starter’s orders for Cheltenham

The action kicks off at 1.30pm next Tuesday when a deafening roar from the packed enclosures will signal the start of Cheltenham 2014 and the best National Hunt fare on offer anywhere in the world.

The crème de la crème of horses and jockeys competing against each other for the most sought after and valuable prizes of the entire season will see fierce action on-track. There is always something special about Cheltenham and these four days can make or break a season for owners’, trainers and jockeys whose entire year can be judged on just how they fare at Prestbury Park where the world’s spotlight is firmly fixed.

The highlight on Tuesday is the Smurfit Kappa Champion Hurdle where Willie Mullins’ Hurricane Fly will bid to land hurdling’s crown for a third time. This fellow is like a heavyweight boxer in that he’s battle hardened and seems to be able to ‘muscle out’ the young pretenders when the chips are really down.

This year, there are quite a few talented youngsters lining up to wrestle the crown from Ruby Walsh’s mount, with the likes of Our Conor, My Tent Or Yours and The New One all breathing down Hurricane Fly’s neck.

The New One has been a revelation for the father and son team of Nigel and Sam Twiston-Davies, while Our Conor, who finished runner-up to Hurricane Fly in the Irish Champion Hurdle at Leopardstown seven weeks ago, is improving with every run and will relish the track following his demolition job when landing last season’s Triumph Hurdle. Nicky Henderson has been dealt a blow with the news that his Sprinter Sacre will miss the festival, but in My Tent Or Yours he has a high-class horse.

The Queen Mother Champion Chase tops Wednesday’s bill with Sire De Grugy set to go off favourite here for Gary Moore. He warmed up for this when winning impressively at Ascot last time and the defection of Sprinter Sacre leaves this year’s race an open looking renewal.
The World Hurdle on Thursday could well prove to be one of the races of the week.
Not surprisingly, Willie Mullins has confirmed that his hitherto unbeaten mare Annie Power will take on Big Buck’s here with Ruby Walsh confirmed as the rider for this hugely talented six-year-old. Big Buck’s ran a blinder when third on his comeback run in the Cleeve Hurdle over the course in January and his trainer Paul Nicholls has put up Andy Stewart’s runner as his best chance of the week.

On the other hand, Annie Power is a serious mare and the fact that Walsh partnered Big Buck’s on each of his four World Hurdle triumphs only adds spice to the whole thing. This will turn into a hugely tactical affair. Walsh will try to outwit Sam Twiston-Davies aboard Big Buck’s and expect to see a fascinating race unfold between the pair.
The highlight of the entire week is Friday’s Gold Cup. A truly prestigious race which has been won by a host of top-class horses over the years, this year’s betting is headed by Bob’s Worth, who is bidding for back-to-back victories having been successful 12 months ago under Barry Geraghty.

Nicky Henderson’s charge is a worthy favourite having bounced back from a disappointing effort at Haydock in November when landing the Lexus Chase at Leopardstown over Christmas. Silvianico Conti, who won the King George at Kempton on St Stephen’s Day and Philip Fenton’s recent Hennessy Gold Cup winner Last Instalment look the two most likely to put it up to the reigning champion.
O’Connor bids to add to Festival tally
Derek O’Connor heads into next week’s Cheltenham Festival in top form with the award-winning Tubber rider hoping he can add to his Festival roll of honour.

O’Connor, who rode four winners at last Sunday’s Limerick Harriers’ point-to-point meeting at Lemonfield, has been snapped up by English trainers for two high-profile mounts on the Tuesday and Thursday and the 29-year-old is looking forward to riding at the most prestigious fixture of the season.

“There is always something special about riding at Cheltenham and I’m counting down the days,” said the man who has dominated point-to-point racing in Ireland over the past decade.

“I ride Shotgun Paddy for Emma Lavelle in Tuesday’s Terry Biddlecombe National Hunt Chase and I think he has a great chance. He won a bumper in Thurles when trained here by John Joe Walsh and he beat Carruthers six lengths at Warwick in January on his last run which is very good form. Ted Walsh’s Foxrock is a worthy favourite and he’ll be hard to beat, but I think my fellow has a great chance,” said the multiple champion.

O’Connor, who broke his Cheltenham duck when riding two winners at the 2011 festival, went agonisingly close to adding to his tally when Donald McCain’s Super Duty was beaten a head by Same Difference in the Kim Muir Chase 12 months ago and the pair will be hoping to go one better this time round with ex-Irish Indian Castle.

“Donald has booked me to ride Indian Castle and he tells me the horse is in great form. He was trained by Jimmy Mangan when over here and he has gone from strength to strength since going to England. He won well from Annacotty at Cheltenham’s January meeting and that horse is well fancied for the RSA Chase, while my lad is running in a handicap. He has very good form and I’m expecting a big run,” added O’Connor, who will be one of the most experienced jockeys riding in the race.

There will be considerable interest in the performance of At Fisher’s Cross who represents his trainer Rebecca Curtis and her Darragh, Ennis-born partner Gearoid Costello in the World Hurdle.

This J.P.McManus-owned son of Oscar was a good winner of the Albert Bartlett Hurdle 12 months ago and, while he has turned in a few below-par efforts this term, Tony McCoy has opted to ride the seven-year-old which is a positive sign.
Mullins and Walsh mount powerful challenge
All season, Carlow Willie Mullins has been dominating here at home and the champion trainer looks set to also rule the roost at Cheltenham next week.

With over 40 horses pencilled- in to represent him at the Cotswolds venue, Mullins has a massive army to go to war with and, when you mention Hurricane Fly, Annie Power and Quevega as his top trio, it is easy to see why the Closutton handler is odds-on to be leading trainer at the meeting.

Mullins has fancied horses in most of the 27 races with his star mare Quevega set to bid for a record-breaking sixth consecutive Festival win in Tuesday’s OLGB Mares’ Hurdle.

Rich Ricci’s mare is again set to go the meeting without a prep run and, if the likely favourite comes up the home straight in front under Ruby Walsh, then the roof of the stand could well be in danger.

Throw in such performers as Arkle Chase-bound Champagne Fever (schooled brilliantly after racing at Leopardstown last Sunday), Vautour in the opening Supreme Novices Hurdle, Faugheen (Neptune Hurdle), Ballycasey (RSA Chase), a couple of well-fancied runners in the champion bumper and it is clear that Mullins is holding a very strong hand at next week’s fixture.