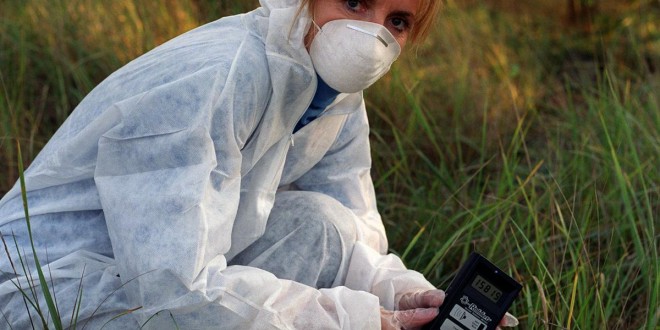 Ukraine’s instability a threat to Chernobyl

THE increasingly volatile situation in strife-torn Ukraine has raised fresh fears over a $2 billion internationally funded construction project to make the still highly unstable Chernobyl nuclear power plant safe for the next 100 years, according to a leading anti-nuclear campaigner.
The world’s worst nuclear accident occurred at Chernobyl – a two hour, 120 kilometre drive – north of the Ukrainian capital Kiev on April 26, 1986. The explosion affected the lives of more than seven million people. Twenty-eight years later, efforts are still continuing to try to prevent the spread of its deadly radiation.

A gigantic containment shield – the largest movable structure ever constructed – was due to be placed over the leaking reactor by October 2015 but it has now emerged that this could be delayed by up to two years, Chernobyl Children International CEO, Adi Roche has said.

“At the heart of this latest setback for the huge engineering project is the economic crisis facing Ukraine because of the continuing destabilising tensions in the east of the country where separatist groups are seeing closer integration with the Russian Federation and uncertainty over Russia’s contribution to the globally funded clean up and containment programme.

According to Chernobyl Children International, the world – and Ireland as one of the countries funding this work – needs to be fully aware of the ongoing seriousness of the situation at Chernobyl as the 28th anniversary of the deadly accident approaches.
Ms Roche said, “Chernobyl is the old Soviet Union’s deadly legacy to Ukraine and the world has very real reason to be extremely concerned about the ongoing threat it poses, especially at a time of great instability and growing hostility between Ukraine and Russia.

Ms Roche, who has spearheaded a programme of respite care for children from the nuclear fall-out region, added, “What can never be forgotten is that the destruction caused by the deadly explosion at Reactor No 4 at Chernobyl was triggered by the release of just 3% of the radioactive material in the plant; the remaining 97% of this enormous ‘ticking timebomb’ of highly unstable nuclear material is still inside the crumbling Chernobyl complex.”

From the Burren to Belarus, 30 years after Chernobyl disaster

Kayleigh takes to the ring for Ireland