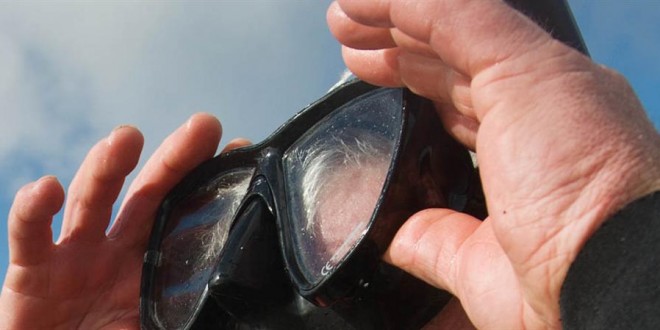 At Monday’s meeting of Kilkee Town Council, Town Mayor Paddy Collins asked for an update on the centre.

“Some months ago the council sought expressions of interest from parties interested in leasing the dive centre in Kilkee, consequent of a previous lease being terminated. Three parties expressed interest. Detailed submissions were subsequently received from two interested parties. These submissions are under consideration at the moment and before the end of the month, the council hopes to be in a position to select a preferred party,” the letter read.

“This will give that party ample opportunity to have the facility up and running for 2014. The council are committed to ensure that the facility is available again from 2014 onwards for the purposes for which it was provided in the first instance in the late 1990s,” Mr McNamara’s letter stated.

“Possibly for the next meeting we’ll have a result on that,” town manager Anne Haugh added.
Councillor Collins stressed the significance of the dive centre to the town’s economy and said it is important that it remains in operation.

“Along with issuing keys to the likes of Athlone and Limerick Sub Aqua Clubs, we need a facility on the pier where people can refill their bottles, buy equipment and shower. It’s very important that it stays as a dive centre,” Councillor Collins added.

However, Councillor Lily Marrinan Sullivan said it should be up to whoever is given the lease to decide how to run the business.
“It has to be viable to the person trying to run a business. My understanding was that it’s extremely expensive before you turn a key in the door.

That’s not a problem just for Clare County Council. That’s a problem across the country. The dive centre is a huge part of what’s offered in Kilkee. But I’m not sure you can put restrictions on what people can do or don’t do there, as long as there’s some form of a dive centre there,” she said.

Councillor Elaine Hayes, who has worked in the dive centre, said it was an expensive business to operate.

“Being realistic about it, I don’t know where the money is going to come from. I ran it for three years. It’s not a viable business. It needs to be publicly-funded. It’s for the benefit of a whole area,” she maintained.

West Clare native Peter O'Connell has worked for The Clare Champion for 12 years and covers everything from sport, especially GAA, news, features and has been even known to branch into the fashion scene on occasion.
@@westclarepage
Previous Elderly urged to be Safe at Home
Next Consumers support motor industry swappage scheme