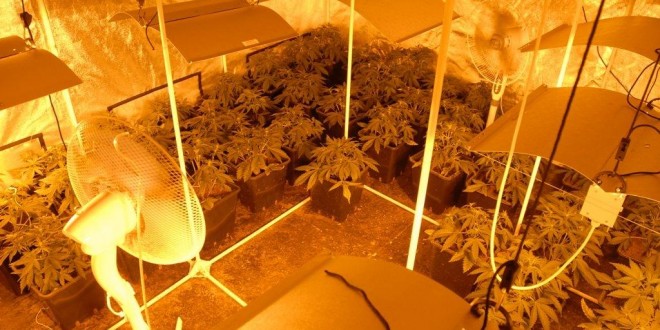 The drugs find in Ennis

A man is due to appear before a sitting of Ennis District Court this Wednesday morning in connection with a seizure of cannabis plants and herb estimated to be worth almost €100,000 .

The seizure was made at an address in Ballymaley in Ennis on Monday as part of on-going intelligence-led operations targeting the sale and supply of drugs in the Clare area.

Gardaí from the Divisional Drugs Unit, on foot of a warrant, searched an address and located 118 cannabis plants and a quantity of cannabis herb with an estimated value of €98,000 (pending analysis).

Two men were arrested at the premises on Monday at approximately 12:30pm, one aged in his 30s and one in his 40s. They were arrested at the scene and detained at Ennis Garda station under the provisions of Section 2 of the Criminal Justice (Drug Trafficking) Act, 1996.

One of the men was later released and a file is to be prepared for the Director of Public Prosecutions.