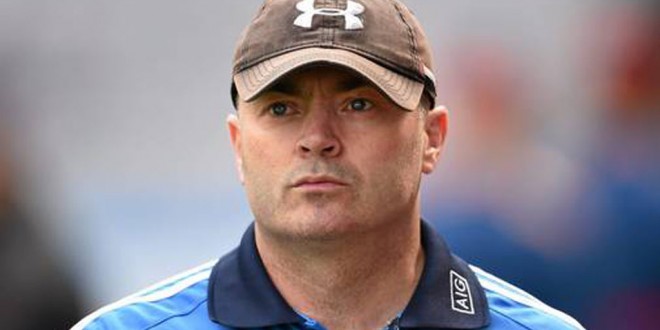 A TUG of war is developing between two-time All-Ireland winning captain Anthony Daly and the duo who guided Clare to three All-Ireland U-21 titles in-a-row for the vacant senior hurling manager’s position.

According to board chairman Joe Cooney, Clare GAA is in the process of putting an interview panel in place to meet with the nominees. He told The Clare Champion that the candidates “will be interviewed over the next couple of days and we will then bring a report back to the executive and hopefully we will come up with some conclusion”.

The chairman confirmed that there are just two nominations for the post vacated by Davy Fitzgerald a few weeks ago, after a meeting of the players had expressed a view that a change was required.

Asked if he expects to have a decision for next Tuesday’s October board meeting, he replied “if possible, yes”. However, he added, “This may not be possible, as some of the nominees are out of the country at present”.
Asked about the possible make-up of either of the backroom teams, the chairman said he has “no information with regard to that”.

Anthony Daly has been nominated for the role and should he get the nod, it will be his second time in charge. The double All-Ireland winning captain managed Clare in 2004, ’05 and ’06. He went on to take charge of Dublin, whom he led to Leinster Championship and National League honours and he has indicated on many occasions in the last decade that he would love to get another opportunity in the Clare role.

“The first I heard about this was when I was contacted by my local club at the weekend, enquiring if I was interested in a nomination. They informed me that people were canvassing for nominations. I am always interested in Clare hurling. Apart from that, I haven’t heard anything from anyone,” the Clarecastle man said.

Donal Moloney (Scariff) and Gerry O’Connor (Éire Óg) have been nominated as joint managers. They have worked with the majority of those who made up this year’s senior panel over the last decade, when they led Clare to Munster minor honours and then to three Munster and All-Ireland U-21 titles.

Moloney confirmed  that he and O’Connor are seeking appointment to the position.

“Currently, we are waiting to hear from the board executive and this may happen at the weekend,” he said, before confirming that they “haven’t named any backroom team yet,” he outlined.

Much of the focus all week has been on the likely make-up of the backroom teams but neither side has given any indication as to who might be included.
Tipperary’s Tommy Dunne, who worked with Daly in Dublin, is mentioned as the team coach in Daly’s backroom team, with Brian Lohan, vice-captain to Daly when Clare won All-Ireland honours in 1995 and 1997, also linked with a role in the set-up.

Limerick man Liam Cronin, coach to Éire Óg this year, is being linked to a coaching role in the Moloney/O’Connor set-up. Kevin O’Grady, coach to the U-21s for the past two seasons during which time he has also been the coach with Crusheen, is also mentioned for a role with them, while another name being linked to this set-up is Wolfe Tones’ manager James Carrig.

With interviews not expected to begin before the weekend, it’s difficult to see how a final decision can be ready for Tuesday’s board meeting, when it is expected that a number of other management teams for the 2017 season will be appointed.