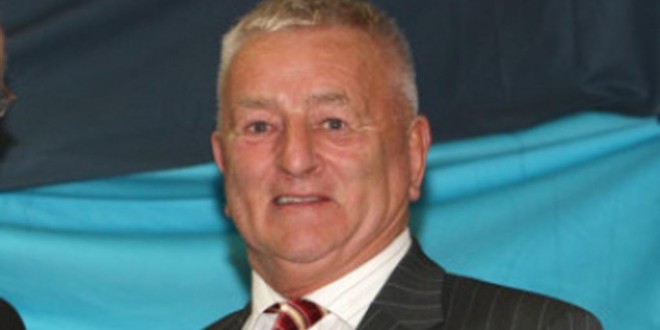 Although born and reared in Ballyshannon in County Donegal, Mr White had strong links with Clare having bought the Hyrdo Hotel in Lisdoonvarna in 1974. This was the foundation for the development of Whites Hotel Group which now owns the Imperial Hotel, the King Thomond and the Burren Castle Hotel in North Clare as well as hotels in Tralee and Donegal.

According to his son Marcus, Jim was involved in the running of the businesses up to his admission to hospital five weeks ago. Marcus described his father’s passing as ‘dignified’ and paid tribute to the staff of the Mater Private Hospital in Dublin for the care they provided. He visited Lisdoonvarna before his mobility was reduced last year.

An Taoiseach Enda Kenny recalled Jim as “a man of enormous positivity and generosity with huge credibility in the area of tourism and business.”

“In particular, his hard work led to an increase in tourism-spend in the North West of Ireland. He was a man of enormous popularity in Donegal and the North West in general and even managed to head the poll against Neill Blaney in a general election,” he said.

Mr Kenny visited Mr White in the Mater Private Hospital on Sunday. On behalf of Fine Gael and himself, he extended his condolences to the White family.

Mr White died peacefully surrounded by his family in the Mater Private Hospital on Tuesday night. His wake will be held at Abbey Hotel in Donegal town on Thursday from 1pm to 10pm with removal on Friday at midday to arrive at St Anne’s Church, Ballyshannon for 2pm funeral service. Burial afterwards will take place in the adjoining cemetery.