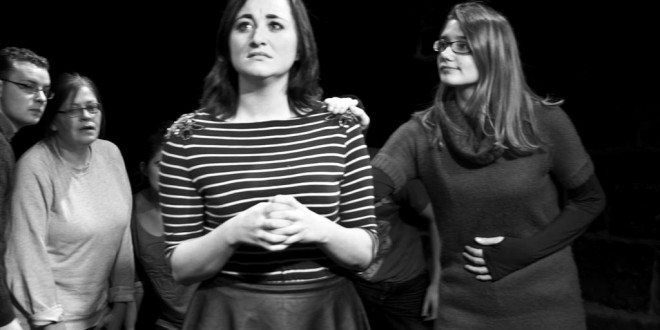 Treading the boards in Yerma

Yerma is the first of a number of projects in which students on the NUIG Drama programmes act and work with Galway theatre professionals in public productions.

In this case, students on the drama course are collaborating with Core Theatre College Galway.

Yerma is a modern world classic, by Federico Garcia Lorca, a Spanish republican poet, director and playwright. The play is about a woman living in a small village, who feels alienated from friends and isolated from her society. Yerma is about the hunger to conform and the dangers of obsession. The play is full of passion, humour, music and rhythm. It is both poetic and brutally realistic.

The play is directed by Max Hafler, who works extensively as a director and as a voice and acting teacher. He has taught on the drama programmes at NUIG since 2000 and has guested at MIT and the Lir, in addition to Core Theatre College.

The play will take place in the Mick Lally Theatre, Druid Lane, Galway from February 13 to 15 at 8pm.