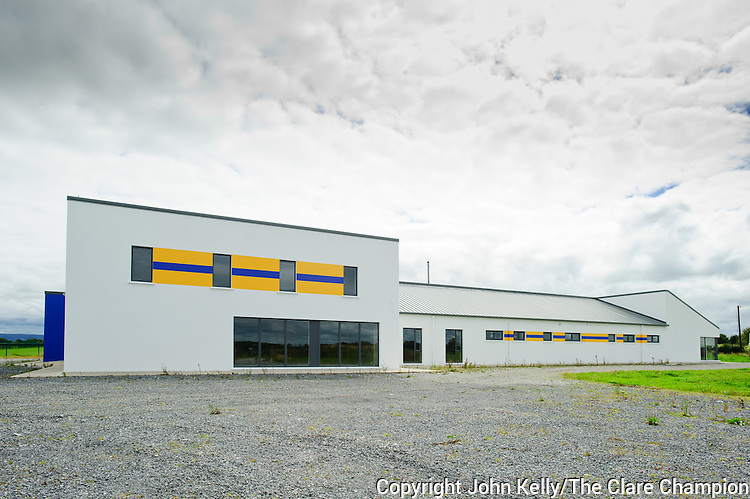 Time For Major Discussion Around Future Of Clare Hurling

That is it in basic terms but on a grander scale, it means so much more. It is not so much the manner of the defeat that raises serious questions, but rather the nature of it. Going on recent championship form, Limerick were always going to enter the game as favourites and while that can often count for little in derby ties, there was always a sense that this one was going to run to form.

It is reflective of the general malaise that is affecting Clare hurling over the last few years, but the burning question is why no one has shouted stop?

From the outset, let’s make it very clear that no one is questioning the time, effort or commitment of players and management who put their lives on hold to represent the county at all grades. However, when the facts and records are laid bare it makes for uncomfortable reading and raises serious questions about the road Clare hurling has gone.

Clare’s loss to Tipperary in the Munster U20 championship completed a full house that no one wanted to have. The result meant that since 2016, Clare have been beaten by every other top tier county in the province, with last year’s nine point loss to Cork the least humbling. The minor grade has been somewhat more fruitful, with final appearances, albeit in defeat, in 2019 and 2017. Add in St Flannan’s brilliant Harty Cup success last year and there are some reasons for optimism.

That optimism has to be harnessed and it is the reason why urgent change is needed in how Clare’s business is done. There are green shoots of hope but they are in real danger of being trampled back down by the manner in which the likes of Limerick, Cork and Tipperary have got their houses in order in recent years. The funding streams available to those other counties is already having a major impact on how their teams are being prepared, and in this respect Clare are simply in the dark ages. The same is true of the investment being made in strength and conditioning for young intercounty stars in particular, with the chasm between the condition of the two teams in Thurles last Sunday afternoon being a stark example of the ground that needs to be made up.

That is no disrespect to the work being done by those involved at the moment, but the reality is that the task of funding sustained and sustainable structures at intercounty level has now surpassed the old models of working. Gone are the days when a county board draw scheme was enough to keep the numbers in the black at the end of the year. The proof of the pudding is in the eating and that is plain to be seen from the 2019 accounts of Clare GAA. Over €860,000 was forked out on the running of intercounty teams, while under the Fundraising heading was a single entry for just over €12,000 raised from a night at Limerick Greyhound Track. Treasurer Michael Gallagher has already been on the record to warn that Clare GAA faces going bust if expenditure is not reined in, but exploring every avenue of income simply has to be of equal importance. One clear example is in relation to the streaming of club games over the last few months. The cost of purchasing the board’s own equipment was significant, but it beggars belief that this was not offset somewhat by having a outright commercial sponsor on board for the broadcasts.

Caherlohan remains a swinging axe hanging over Clare GAA. Clare’s senior hurling team spent the lead up to last weekend’s clash with Limerick having to court the goodwill of clubs like Wolfe Tones, Tubber, Clarecastle and Meelick in order to facilitate training, while the €5 million still to be completed facility was not in a fit state to cater for their needs. There have been well aired issues in relation to players and team officials not receiving training gear on time this year and the resources available to call on are simply not on a par with the counties in the leading pack. It might be the greatest contradiction of all in an amateur games, but money is starting to talk. Covid-19 has of course thrown a total curve ball for any financial enterprises, but it is not an excuse for what went on before last March. The 2019 Convention of Clare GAA saw a motion defeated which asked for the board to explore the possibility of selling the Clareabbey facility and moving the administrative HQ of Clare GAA to the Centre of Excellence in Caherlohan. Given the strained financial reality now staring the board square in the face, surely that avenue must be given serious consideration.

The stark reality is that until Clare GAA appoints a Chief Commercial Officer whose brief is to explore and develop alternative funding streams, then Clare hurling will continue to fight against a deepening tide. The support that Pat O’Donnell has given Clare GAA over the years is invaluable and was highlighted once more by the fact that 80% of his sponsorship for 2020 was paid out at the start of the year when the coffers were close to empty. That being said, it is no longer sustainable to rely almost exclusively on the one external stream.

A serious restructuring at the executive level of Clare GAA is needed now more than ever, or the slippery slope experienced by the likes of Offaly might well be the next avenue being stared down.