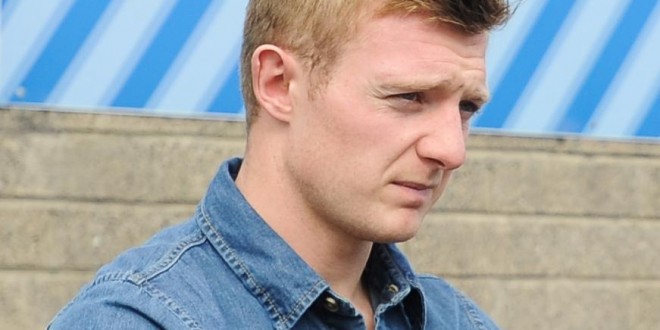 ONE man with recent experience of preparing for an All-Ireland senior hurling replay is Galway’s Joe Canning.

The Portumna man was in Thurles last Saturday week as a Bord Gais ambassador at the All-Ireland U-21 final. Canning rescued a replay for Galway with an injury time equaliser, 12 months ago. The replay with Kilkenny was the first in an All-Ireland since 1959.

With hindsight, he says Galway would prepare differently but he feels gearing up for a replay is a challenging proposition.
“We lost, so we’d have other ways of going about it that we might think of now. At the same time, it’s unknown territory for every team that’s in it. When you’re going into an All-Ireland, you’re thinking you’re going to win or lose, you’re not thinking about a replay,” he suggested.

Canning remembers the weeks bridging the draw and replay dragged appreciably. “How to deal with the three weeks between the matches is the big thing. You’d find they go very slow, whereas when preparing for the first one there’s such big hype, it goes very fast. Clare have a bit of an advantage with the U-21s but, at the same time, you don’t want anybody to get injured. That’s the one risk you have. You saw with Aaron Cunningham in the U-21 semi-final the way he pulled up,” the former LIT student said before Clare hammered Antrim in the U-21 final.

The Clare and Cork management will have had to gauge their players’ needs in an effort to keep them fresh.
“Lads can lose a bit of form in three weeks. When you’re preparing for an All-Ireland, you’re preparing to peak the guys at that stage. It’s very hard to keep them at that level for an extra three weeks. Mentally is the biggest thing, that guys aren’t drained from the first match. There’s  a fine line between over-doing it and just ticking along for the three weeks,” Canning feels.

Neither management can do anything about the weather but with October closing in, Canning believes conditions could be a factor.
“I think the weather was okay last year but even in the last week it’s getting that bit colder now. Even with training, the evenings are getting shorter. It could be raining the next day, you don’t know. I don’t think there were many days this year that Clare or Cork played on bad days. So that could be a factor.”

One of hurling’s top free-takers himself, Canning admired the manner in which Colin Ryan dealt with adversity in the drawn game.
“It shows how good a free-taker he is when he missed two frees at critical times but he bounced back and scored the couple near the end. That’s always a great sign in a free-taker that he doesn’t lose it altogether. Obviously Davy trusted him as well because, normally, if you miss two at such a critical stage in a big game, it could be switched over to another guy.”

Clare introduced the sweeper system to curb Canning in the All-Ireland quarter-final on July 28. While Clare conceded three second half goals against Cork in the drawn game, Canning feels that if Clare go with Pat Donnellan as sweeper, their own attack could be blunted.

“Even conceding five 21s is huge whereas I think Clare had only one or two shots on goal. That’s a huge thing as well. You could look at playing the sweeper but Clare need to score goals I think and if you play the sweeper, that doesn’t do you any favours up the other end of the field.

“That’s for management. Everybody thought they were going to play the sweeper the last day and I think it worked in their favour that they didn’t because they were in such control at the start. Cork were expecting a sweeper as well and when it wasn’t there, it took them a while to adjust to it. Davy is the best man to judge that and we’ll leave it up to him,” Canning laughed.