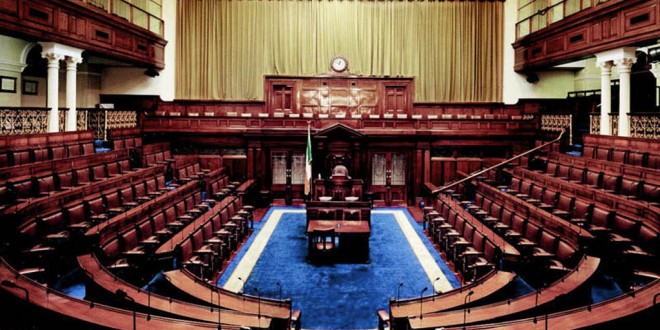 The Dáil chamber in Leinster House.

Micheál Martin has been elected Taoiseach in a historic moment for Irish politics.

In a move seen by many as the end of Civil War politics, the Fianna Fail leader had the backing of the Fine Gael party along with the Green Party and a number of Independent deputies.

Clare’s Fine Gael TD Joe Carey along with Fianna Fail’s Cathal Crowe and Independent Michael McNamara all voted in favour of the Cork native to lead the Dail and establish a new Government.

Micheál Martin will serve in the role until December 2022 when Leo Varadkar will take over once more.

The make up of the new cabinet is expected to be revealed later this evening.