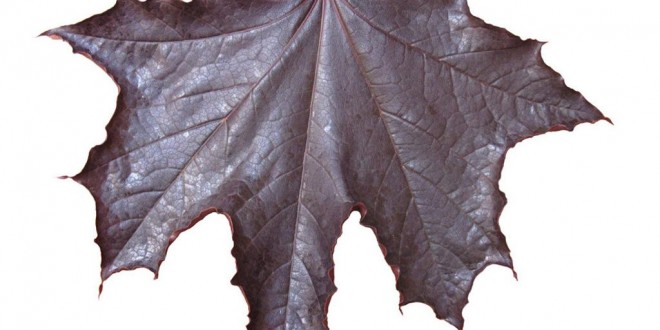 A Special Branch at  Ennis Garda Station are going back to grass roots and conducting house-to-house enquiries as they search for clues following the theft of a tree from a private garden in Ennis.

It seems that gardaí will find it difficult to see the wood from the trees in their search, as speculation is that the stolen item may have been replanted.

The Norwegian Maple tree was stolen from a garden at Pearse Avenue in Cloughleigh between 8pm on Tuesday, August 19 and 12.30pm on Wednesday, August 20. The tree stood at approximate eight to ten feet tall and had a trunk width of between four to eight inches.

“It appears that the tree was just uprooted and I’d say it wasn’t long purchased. It was an unusual tree. We are asking if someone was offered this to contact us. We have carried out house-to-house enquiries and we are now canvassing CCTV around the area,” he said.

Superintendent Smart said someone walking with a tree as big as this would have to have been seen.
“You wouldn’t transport it on your own but if you put it over your shoulder, you could carry it alright but there would be a fair bit of weight in it. We’ve had nothing like thefts of this nature, we do have thefts where property is stolen from gardens but nothing like vegetation being stolen from a garden like this. It was an opportunistic type of crime. I’d say someone took it to plant it; it’s either vandalism or anti-social behaviour or the alternative is that someone has it planted in their garden,” he said.

While hopes are high that the culprit will be caught green-handed, it appears the opportunist criminal mustn’t have been green-fingered, as landscape gardener Tony Mulqueen says uprooting such a tree at this time of year will almost certainly kill it.

Describing the Norwegian Maple, Mr Mulqueen, who runs Mulqueen’s Garden Centre, said it is a dark leaf maple tree and does not have any commercial value.

“They are not a very valuable tree, you can buy it for about €30 or €40 and the ones I would have are about eight or nine foot tall. They are a nice ornamental tree because they have the bronzy colour leaf and they are an attractive looking tree. The ornamental ones grow to about 20 feet. They are a very hardy tree. I can’t believe someone would take a tree,” he said.

He explained that due care must be shown when moving a tree and there are specific times of year when it can be done. At this time of year it will most likely result in the death of the tree, he noted.

“If [a Norwegian Maple] is uprooted, it will die because you can’t move a tree at this time of year. The rule of thumb is when the leaves are off the tree in the fall the sap, which is the juice in the tree, goes down the bark and the tree or the shrub goes into a dormant period, like hibernation and it slows down. Then you can move it safely, or if you move it in a container. But if it is planted in the ground and you go moving it, then the actual shock will kill the tree. If you move a tree now that is not in a container, the tree will die. We are still in the growing season because the leaves won’t be off that tree until September. It is useless to re-plant it unless they used extreme care,” he said.

“This tree would have no commercial value. I would think if someone wanted to use it as a present say, they’d want to know what they were at,” he added.

Gardaí say there is no way to positively identify the tree and it is not known at this stage how long it was growing in the garden. They are anxious to talk to anyone in the area who may be able to assist with enquiries.