Home » Breaking News » “They have to put on their Clare jersey” 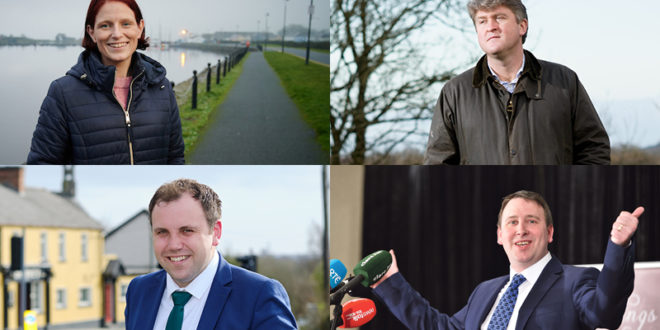 WITH a range of challenges mounting for Clare, there was disappointment this week, as not only was the county denied a seat at the Cabinet table, there won’t even be a representative from the wider Mid-West Region.

Cathaoirleach of Clare County Council Mary Howard said that while ability should be the first criteria, the lack of West of Ireland representation in the new Cabinet is striking.

“The other night, when you looked at the map and there wasn’t a senior minister from Donegal down to Limerick, it wasn’t a nice thing to see. I’m hoping that the west of Ireland will have the majority of the junior ministries now.

“It was glaring when you saw there was two ministers in Wicklow, three in Cork, six in Dublin and nothing at all from Donegal down to Limerick.”

At the moment the Mid-West’s health services are a shambles, Shannon Airport seems to lurch from crisis to crisis, while there are fears that Moneypoint – so important for so long to West Clare – will be let close in the coming years.

Councillor Howard said that the county’s four TDs and three senators will need to battle hard for Clare at a time when it is facing so many difficulties. “We now have seven Oireachtas members from Clare. They have to put on their Clare jersey now and fight for Moneypoint and Shannon.”

Former TD James Breen said that whatever soft words come from politicians, the lack of a Cabinet minister is a huge loss for the region. “When I hear them saying it’s not important to have a Government minister… It’s very, very important.

He wished the county’s seven Oireachtas members well and said there are some very obvious priorities for them and for the county. “The first thing they have to do is deliver a Model Three Hospital for Ennis. They’ll have to secure the future of Shannon Airport and ensure when Moneypoint stops burning coal, there’ll be an alternative energy system there, to keep the people of West Clare working, to keep those jobs.”

He said that the county’s infrastructure needs investment and its representatives must secure it, while he warned “if they don’t do that, they’re a failure”.

Mr Breen said that the provision of junior ministries to the West of Ireland would make no= difference whatsoever and that the positions are just used to appease those bitter about being passed over for senior office.

Deputy Michael McNamara said that he believes the lack of West of Ireland representation came about as each of the parties nominated their picks for ministers independent of each other, with regional balance not considered. “It doesn’t look good, clearly and I hope the Government are cognisant of that and that they ensure there is balanced regional development. The mistake made between 2011 and 2016 was the focus was on just getting a recovery, without
ensuring it was easily spread.

“There was no attempt at all between 2016 and 2020 to have balanced regional development and I think that’s very detrimental, not just for the regions but for Dublin, which is becoming too expensive and unattractive for companies to invest in.”

Owen Ryan has been a journalist with the Clare Champion since 2007, having previously worked for a number of other regional titles in Limerick, Galway and Cork.
Previous Scariff Bay Community Radio awarded second 100-day licence
Next Funds needed to keep the show going on for Ennis Musical Society