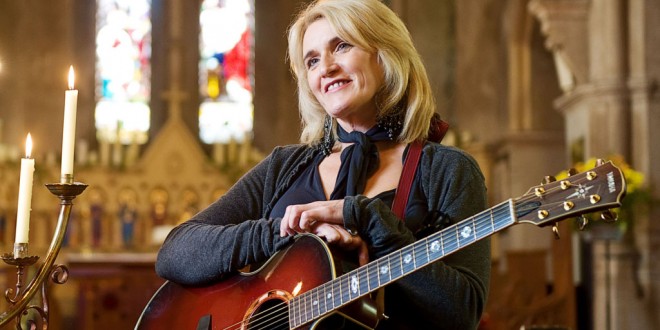 The Voice debut for Kate

THERE will be East Clare interest in RTÉ’s The Voice of Ireland, as Tulla singer Kate Purcell puts herself before the judges, Bressie, Kian Egan, Una Foden and Rachel Stevens in an upcoming episode.

Speaking about her appearance, she said she felt The Voice was the best of the various talent shows that have proved so popular over the last 10 years.

“I’d watched it and I thought it was a far more real show than the likes of the X Factor, which is sort of there to ridicule people. Anyone who goes on this show can sing at least.”

She is quite experienced and many people around Clare would have heard her sing. “I’ve been a professional singer for the last 25 years or so, recorded four or five albums and I’ve been the resident singer in Dromoland for years as well. Basically, I’m a folk singer and I sing at all kinds of things, from weddings to funerals, whatever.”

Even to get before the judges for the blind audition, she had to negotiate a couple of pre-auditions and the first encounter with Bressie et al was very daunting.

“When you’ve been making a living from music for so many years, it’s not easy to put yourself in front of four chairs that are turned away from you and see if they turn around. It was a little scary!”

Her sister and some musician friends travelled with her for support and the company was welcome as she found that those auditioning were “very nervous” as their chance loomed.

She chose to sing Rihanna’s We Found Love but without the backing of Calvin Harris, she had to make a few adjustments.

“I kind of folked it up a little; I hope I didn’t do the other thing,” she laughed. “It was just me and the guitar and then the band chimed in after a while. It was quite a folky version.”
She is remaining tight-lipped about the results so people can see how she fared on the show, which airs on Sunday nights.

Success for Kate Purcell on The Voice of Ireland