Home » Obituaries » The passing of a Champion gentleman 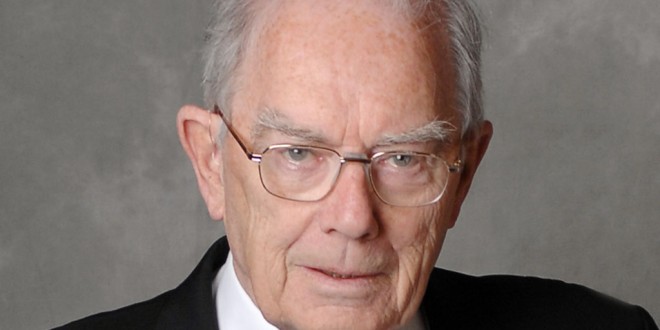 The passing of a Champion gentleman

THE death took place on Monday of Flan Galvin, Fuinseog, Tobartaoscáin, Ennis. Aged 86 years, he was a member of the well known family associated with the The Clare Champion newspaper since it was first published in 1903 and was its managing director for almost 30 years, until his retirement in 1994.

A proud Kilnamona man and a member of the Galvin family from Caherbanna, he was the last surviving member of a family of seven, whose parents were John and the former Catherine Kennedy. Flan received his primary education locally and continued his school years at St Flannan’s College, Ennis.

After leaving school, he became a member of The Clare Champion staff, then under the management of his aunt, Nellie Galvin. He was employed as a photographer and linotype operator and the experience gained in the editorial section and production end supported him in his new role as managing director in 1967, following the death of his aunt.

Under his direction, The Clare Champion enjoyed increased growth and prosperity and continued to hold its place among the country’s leading regional newspapers. During his time in charge, a number of key decisions were taken to promote the newspaper into the future; among them, in 1977, to transfer from the old hot metal system to the more modern web-offset printing system. The first Clare Champion in its new, attractive form was published in April 1978.

Another decision, taken the following year, was to move to a new plant and offices alongside the existing print shop in Barrack Street and incorporated in the move was the opening of a new  stationery and office supplies shop.
As well as The Clare Champion, Flan promoted the role of regional newspapers nationally as a valued member of the Regional Newspapers Association of Ireland.

This week, many tributes have been paid to Flan for his roles with The Clare Champion, Clare FM, the Regional Newspapers Association, the voluntary and charitable associations he was fully committed to and by present and past staff members of The Clare Champion.

Popular with all sections of the newspaper, he will be remembered by staff members as a very fair and decent employer and one who was always willing to help them in any of their difficulties, whether in the employment of The Clare Champion or personal. He was proud to be able to join them and gratefully acknowledge their loyalty at a function in The Old Ground Hotel, Ennis, in 2003 to celebrate the 100th year of the newspaper. He will be remembered by them and, indeed, by his large circle as a very humble and caring family man who never forgot his rural background.

Clare County Council member, former TD and Kilnamona native, James Breen, the recently elected cathaoirleach of Clare County Council, was among those who joined in the tributes to Flan during the week. He said he knew all members of the Galvin family, who made a great contribution to Caherbanna and the Kilnamona community. He was proud to be a personal friend of Flan and when he lived in the family home, Flan was deeply involved in the running of Kilnamona GAA Club and played an important role when the club won a number of county championship titles, juvenile in 1953, minor in 1955 and junior in 1957.

In extending his sympathy to the Galvin family, Mr Breen described Flan as a great man who loved his native place.

Another Kilnamona native, Kevin Keane, also spoke of Flan’s extraordinary efforts on behalf of Kilnamona GAA. He said that, apart from his role as club secretary, he drove underage hurlers from the parish to various GAA venues all over the county. It was a common sight to see at least two thirds of the team – with their playing gear – alight from Flan’s Volkswagen Beetle car. All this was done without expense to Kilnamona GAA.

Maurice Harvey, Monanagh, Ennistymon, who is chairman of Clare FM, joined in the tributes to Flan and expressed his sympathy with the Galvin family. He said he always found Flan to be a decent and straightforward man. He never had a hidden agenda and if he said he would do something, he would do it.

He said he met Flan and his late wife, Gemma, on many occasions while they were holidaying in Lahinch. He found them to be a very friendly, interesting and knowledgeable couple, who were prepared to talk to everyone.

Paying tribute to Flan as a director and chairman of Clare FM, Mr Harvey said it was completely new territory for most people involved in the new station. Flan’s role was an important one, especially with his background in the newspaper business and his contacts with other regional newspapers.
James Marrinan, Toonagh, who worked in The Clare Champion for nearly 50 years, also paid tribute, saying he has many happy memories of Flan. He remembered Flan cycling to work from Kilnamona in his early years, very often in the company of Jimmy Smith, the famous Clare hurler. Among the stopping-off points were Gigg’s  Forge and Barry’s hurling field, to meet the likes of the Leahys and Henchys, who were prominent  Ruan  hurlers.

Outside of The Clare Champion, Flan was a community activist and a champion of the underprivileged. As a member of Ennis St Vincent de Paul, he helped the poor of the town, especially at Christmas time. He was also a founder member of Ennis Rotary, which raised considerable sums for various charities.

He and his wife, Gemma, who predeceased him by seven months, had a special love for Lahinch and spent many happy years there in their holiday home with their family. Flan was also a keen golfer and enjoyed nothing better than a leisurely game on the Castle Course.

Amateur drama and the newly-formed Ennis Badminton Club, which had its activities in the former Scout Hall on Station Road in the 1960s, were also a part of his life, as was travel. He and his family always looked forward to their holiday visits to various parts of Europe in their camper van.

Not enjoying the best of health in recent times, Flan died at the Mid Western Regional Hospital, Ennis, on Monday last. Reposing was at his home in Tobartaoscáin on Tuesday and removal was on Wednesday for the funeral mass in Ennis Cathedral, which was celebrated by family friend for many years, Canon Brendan O’Donoghue, assistant priest St Senan’s parish, Shannon. It was followed by private cremation at The Island Crematorium, Ringaskiddy, County Cork.

Clare Champion staff members paid their tribute with a guard of honour and the offices of The Clare Champion were closed on Wednesday as a mark of respect.

Members of Probus, Ennis, the Rotary Club, Ennis and Kilnamona GAA Club also held a guard of honour, while the Regional Newspapers Association and the Clare Association in Dublin were also well represented at the funeral.

In his mass tribute, Canon O’Donoghue said his own acquaintance with the Galvin family began quite accidentally in May 1966. He was just three weeks in Ennis parish when he baptised Anthony, the first child of Flan and Gemma. This began a relationship that continued during his 22 years in Ennis.

Living so close to The Clare Champion meant they were near neighbours and Canon O’Donoghue said he wanted to take this belated opportunity to acknowledge the readiness of the staff to help out with publicity for parish ventures, especially with the Old Folks Club and the Clare Special Schools Project, which involved massive fundraising for St Anne’s and St Clare’s.

He also told the congregation that his closest contact with The Clare Champion was the photographic darkroom with the late Liam McGrath and the late Denis Wylde. For over 20 years, he took photographs at Clare emigrant reunions in England and invariably he found himself with Liam and Denis developing, enlarging and captioning these pictures for publicaton. All were eagerly awaited by emigrants abroad and families at home in the Christmas edition.

Canon O’Donoghue continued, “Flan, I remember, was quiet, private and a humble person. He was also a man who wished to give something back and, for many years, he was a member of the local St Vincent de Paul Society and a founding member of Ennis Rotary. He was also involved in amateur dramatics and badminton.

“There’s an old saying, ‘If you want to know me, come live wth me’ and Flan’s second family was The Clare Champion and its staff, one of the oldest family-owned  newspapers in the country, dating back to 1903. Among the staff, Flan was highly respected. Even after retirement, he was happy to pop into his former colleagues and was always welcome.”

Canon O’Donoghue concluded by saying that so many people in the past few days had paid tribute to the Flan they knew. Words like gentle, kind and respectful kept popping up. For him, one sentence put it all in context – a short tribute uttered at Flan’s death bed in Ennis hospital on Sunday evening, when Shelly Galvin said, “I couldn’t have asked for a better father-in-law.”

Mass tributes were also paid by two of Flan’s sons, David and John. 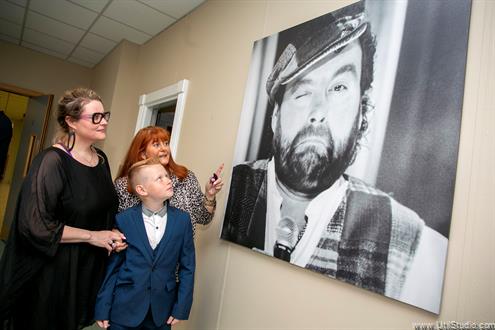 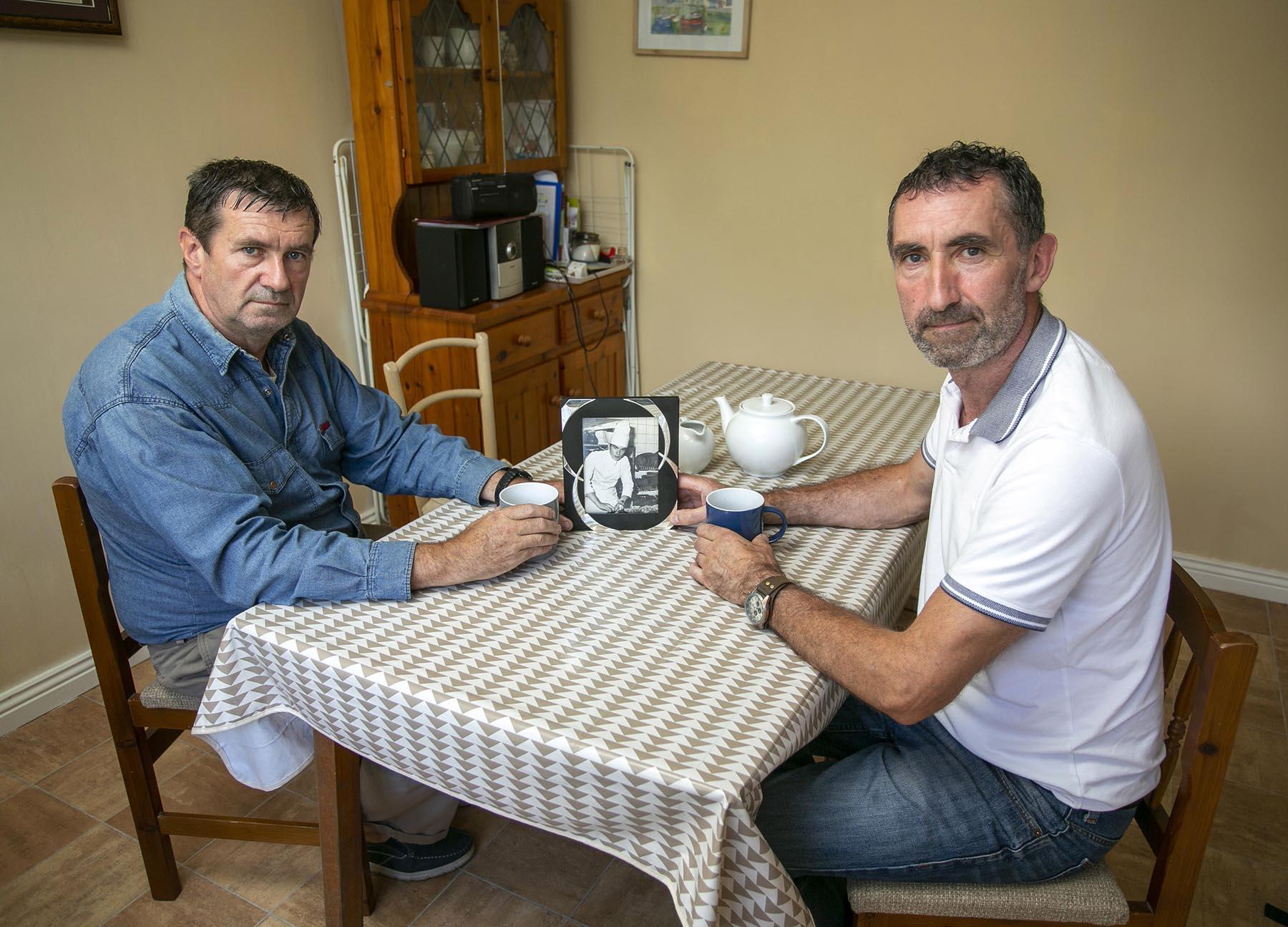 JUDITH Ironside, a woman whose voluntarism permeated through local and national organisations all her life, …