Home » News » Taking the mystery out of PR voting 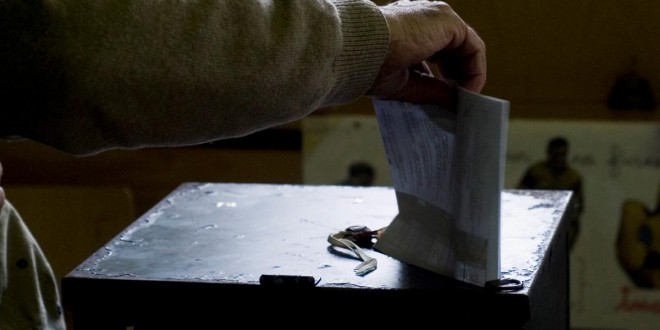 Taking the mystery out of PR voting

IN Ireland, the system of voting in all elections, Dáil, Seanad, Presidential, European and Local, is proportional representation, with a single transferable vote in multi-seat constituencies (three, four and five-seat constituencies at Dáil elections).
Hopefully, this guide, compliments of the Citizens Information Bureau, will be a help in tracking what happens on election day and at the count the following day.

When polling is over, all the ballot boxes are taken to a central counting place for each constituency. The count starts at 9am on the day after polling day. The ballot papers are then sorted into seperate piles for each candidate.
The ballot papers are mixed, counted and sorted and spoiled papers are rejected. A paper is spoiled if it does not have an official stamp, if it does not indicate a clear choice, for example, if you have indicated two No. 1s on the paper, or if anything is written on the ballot by which the voter can be identified. The Total Valid Poll therefore, is the total number of votes, minus the number of spoiled papers.

WHEN the papers have been counted and sorted, the quota is calculated by dividing the Total Valid Poll by one more than the number of seats to be filled, ignoring any remainder and then adding one vote.
For example, in a Dáil election in a four-seat constituency with 50,000 votes cast, 50,000 divided by four plus one (i.e. 5) = 10,000; 10,000 plus one is 10,001. This is the quota of votes to be reached by the candidates and it means that only four persons can be elected.

IF a candidate receives more than the quota on any count, the surplus votes are transferred to the remaining candidates in proportion to the next available preferences indicated by voters (i.e the next preference on each vote for a candidate who has not been elected or eliminated). For example, if candidate A receives 900 votes more than the quota on the first count and on examining all of his or her votes, it is found that 30% of these have next available preferences for candidate B, then candidate B does not get 30% of all candidate A’s votes, candidate B gets 30% of his/her surplus, i.e. 270 votes (30% of 900).
Where a candidate is elected at the second or a later count, only the votes that brought him/her over the quota are examined in the surplus distribution, i.e. the parcel of votes last transferred to the elected candidate.
If two or more candidates exceed the quota at the same time, the larger surplus is distributed first. The distribution of a surplus is prohibited if it cannot materially affect the progress of the count, either by electing a candidate or saving the lowest candidate from elimination.
Where there is no surplus for distribution or the distribution of the surplus is prohibited, the next step is the elimination of the lowest candidate. Two or more of the lowest candidates must be excluded together where it is clear that they cannot possibly be saved from elimination in the long run. Where a candidate is eliminated, all of his/her votes are transferred to the next available preferences on them.
Counting continues until all the seats have been filled. The last seat can be filled either by a candidate(s) exceeding the quota or by a candidate(s) being elected without reaching the quota because it is clear that he/she is ultimately going to be elected. Thus, if the number of seats left to be filled is just one less than the number of candidates still in the running and an available surplus cannot bring the lowest candidate level with or above the second lowest candidate, all the candidates, except the one with the lowest number of votes, are deemed elected, even though none of them have actually reached the quota.

Candidates at most elections qualify for recoupment of their election expenses (up to a maximum of €8,700 at a Dáil election), provided the number of votes they receive at the count exceeds one-quarter of the quota. There are extra count rules that are designed to give candidates every chance of reaching this vote threshold. The threshold is calculated differently at a by-election so that the minimum number of votes required to qualify for recoupment of elections expenses at a general election and at a by-election, in the same constituency, is broadly comparable.

CandidateS can ask for a recount of a particular count or of the entire count. A recount of a particular count involves examining all papers relevant to that count and moving papers to correct any errors. A complete recount generally occurs only towards the end of the entire count and involves checking all the votes as they stand (without moving any of them), to ensure that each is credited to the correct candidate and that each parcel of papers contains the correct number of papers.
Any errors are noted and when the checking is completed, the cumulative effect of all the errors is analysed. The returning officer confirms the results already announced, unless a significant error (i.e. one likely to result in a different candidate being elected or excluded) is uncovered, in which case the votes are counted afresh at the point from which the error occurred.
When the count is completed, the Returning Officer declares the results of the election.