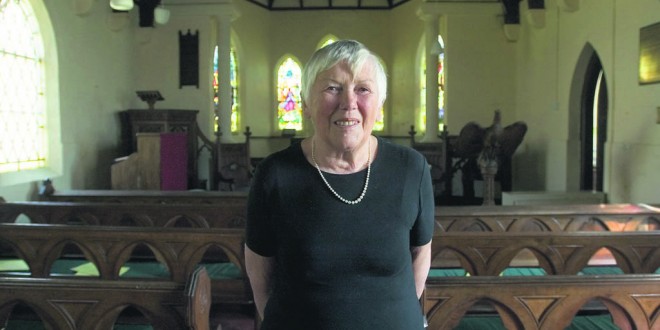 JUDITH Ironside, a woman whose voluntarism permeated through local and national organisations all her life, died peacefully at home in Spanish Point this week.

Wife of the late James Ironside, a well-known vet, Judith was a person who threw herself headlong into any projects she became involved in. She was a founding member of Ennis Soroptomists, one of whose most significant achievements was to set up Caring for Carers, subsequently to become Caring for Carers Ireland, with a presence in 23 counties.

Judith was a great ambassador for West Clare in a quiet way, as she attended many prestigious functions over the years.
She was especially proud of Spanish Point and Miltown Malbay and was involved in several committees who shared a common goal of working to achieve major social and infrastructural improvements in the area.

She was an active member of the local Church of Ireland community and was a member of the committee responsible for the €22,000 restoration of the Christ Church Spanish Point spire.

At the time, she said while they received a €10,000 grant to complete the project, “without the support of the broader community, the project would not have been possible”. This underlined the fact that church is considered to be an integral part of local heritage, rather than be of significance to a small numb er of people.

In paying tribute to her enormous contribution to her local community, Councillor Christy Curtin said Judith Ironside was always active and positive, no matter what the challenge she faced.

“Judith was very focused on the Spanish Point upgrade and was active up to a few months ago. She was a very good leader and worked well with myself and fellow councillor Michael Hillery.
“She was a very special woman, who loved her community, and she epitomised what it means to be volunteer,” Councillor Curtin said.

Mrs Ironside is survived by her children, James, Andrew, Sarah, Lucy, Emma and their spouses and partners, grandchildren, great grandchildren, relatives and a wide circle of friends.

JUDITH Ironside, a woman whose voluntarism permeated through local and national organisations all her life, died peacefully at home in Spanish Point this week.
Previous Dairy Farmers In Clare Set For 2019 Price Boost
Next Calling time on drinking at Ennis cathedral