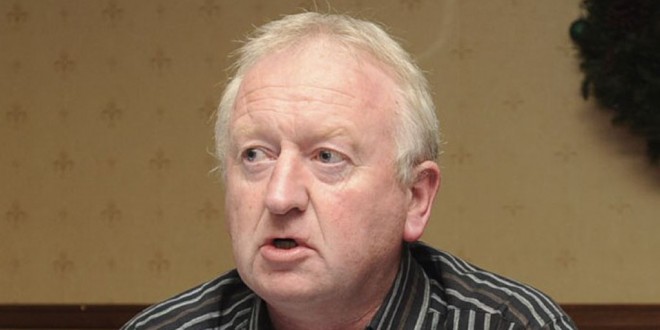 A native of Rockmount, Ennis, he resided with his wife Christina at Lismorris, Lissycasey. His death has come just over two months after that of his mother.

Johnny was deeply involved in GAA affairs all his life. He played hurling for his native Ballyea, with whom he won junior championship honours and he went on to serve as a club official at various levels. He was president of the Ballyea minor club at the time of his death

He was a founder member of the Fergus Rovers Ladies Football club in 1986 and he served in a variety of positions with the club since then. He served two terms as Clare Ladies Football chairman and he was president of the Munster ladies football council for three years (1991 to 1993 inclusive). He has served on a number of committees at national level and was currently a member of the national ladies football fixtures committee. Just last weekend, he attended the National Ladies Football Congress, which was held at the Inn at Dromoland, hosted by the Clare board.

He was, arguably, best known as a referee and he had taken charge of close on 50 All-Ireland ladies football finals ranging from post primary schools, to underage to All-Ireland senior. He also served as a member of the Clare GAA Referees body and took charge of games at all levels including county senior hurling and football finals. Johnnie often took charge of three games on the same day. He continued to referee at underage and, in particular, primary schools level up to recently.

At the time of his unexpected death, Johnny was vice chairman of the Clare ladies football board and vice president of Fergus Rovers club.

He is survived by his wife, Christina; s son Brian; daughters, Michele and Nicola, his nine brothers and five sisters.