Home » Regional » Ennis » The Fairways put on the market 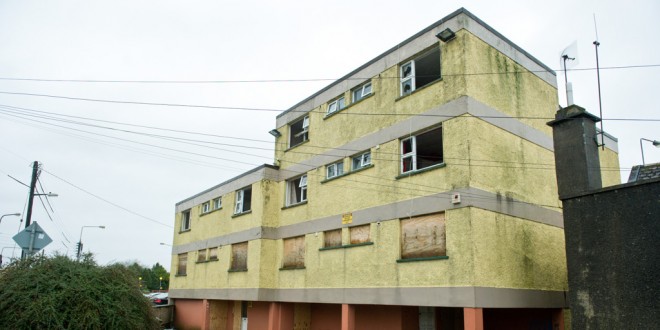 The Fairways put on the market

THE controversial apartment complex in Ennis known as The Fairways has been put on the market for just €75,000, with members of Ennis Town Council urging that the property described as a “blight on the landscape” be bought by the local authority.

Last summer the privately owned building near Marian Avenue hit the headlines when it was heavily criticised by council members calling for something to be done with the derelict site that was deemed not fit for human habitation.

This week at a meeting of Ennis Town Council, Councillor Brian Meaney requested that a loan be raised to purchase and renovate the apartment complex for the provision of appropriate social housing.

He acknowledged that the property is in “very poor condition” however he said that sum of €75,000 for the complex is “paltry”. “It’s well within the ability of Ennis Town Council,” he added.

Responding to the motion, town clerk Leonard Cleary stated, “This property is not suited to the housing needs of Ennis Town Council clients as there are significant building management issues. If a property such as this were to be developed for social housing it may need the management oversight of an organisation such as a voluntary housing body.

“An initial viewing of the property would indicate that there would be considerable works required. Prior to seeking permission to raise a loan the council would have to assess the above issues.”

However, Councillor Meaney stated that while he understood that the complex would not be suitable for housing in its present state, the property could be bought and demolished to allow for the development of more appropriate housing.

“What we are dealing with here is a legacy issue, the building is completely inappropriate in its setting and it would never have got planning permission if it had been built now. It’s a badly designed and badly built property at a landmark location and a lot of people who come through the town are very much aware of it. I am aware there are issues, but we have to hit while the iron is hot,” he said.

Councillor Tommy Brennan suggested that the council use its powers under a derelict site notice to knock the building.

Town manager Ger Dollard outlined that work had been carried out to secure the building through the serving of a notice on the owners.

Councillor Meaney argued that the legal costs to the council of pursuing the demolition of the property through the serving of a derelict site notice would be more than the cost of buying the building on the market.

Councillor Mary Howard seconded Councillor Meaney’s motion, stating that from her experience with the Tidy Towns committee the building is seen as an “eyesore”.

“This building has been a blight on the landscape for many years, this is an opportunity to get it at a good price,” she said. She suggested that the location may be ideal for the provision of accommodation for the town’s elderly due to its proximity to the hospital and church. “This could address some part of our housing issue,” she said.

While Councillor Paul O’Shea urged that units would be developed for those with disabilities, adding there is a “serious shortage” of housing adapted for their needs.
Councillor Brennan highlighted that there are many people on the town’s housing list who require social housing. 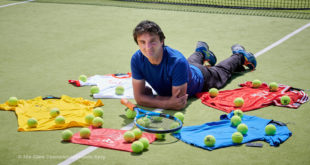