Home » Breaking News » “The cure is in the family” 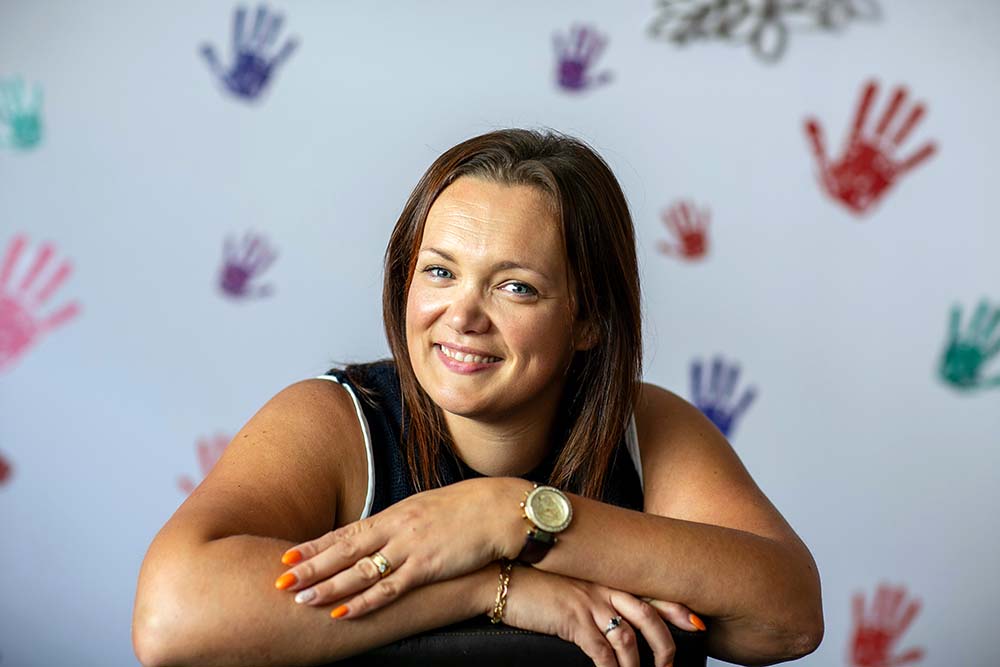 “The cure is in the family”

THE Bedford Row Project has been operating in Limerick City for almost 20 years, having been established by the Franciscans and Sisters of Mercy, in conjunction with Limerick City Council, as there was a need to provide a service that supported people and their families around imprisonment.

Today, the Bedford Row Project has extended into County Clare, where one part-time project leader has been appointed to provide support to Clare prisoners, those at risk of imprisonment and their families.

Lee-Ann Purcell has been providing this service, offering one-to-one support for Clare men and women who are in Limerick prison, and offering a safe place to support their families, who are affected by their imprisonment.

Tasked with linking in with prisoners with Clare addresses, Lee-Ann said “There is an 80% to 90% chance they have been affected by drugs.”

She questions whether there is a denial in Clare about the drug issue, but she believes there is a bit of a reawakening and is aware that Clare’s District Court Judge Patrick Durcan can see it.

“Judge Durcan has his finger on the pulse of what’s going on and he called a meeting with interested bodies and said ‘I want to help the people who are coming up before me again and again’. He was concerned about the recidivism” she said.

Lee-Ann explained that, together with interested bodies and a retired garda, Frank Gunther, who worked with probation linkage, Bedford Row was identified as a model to assist people in Clare. Judge Durcan provided the seed funding, along with the Sisters of Mercy. Now Lee-Ann is in the prison every week, meeting men and women from Clare.

“I would say most of them have been affected by addiction. Mostly they are addicted to tablets and sticks [multiple tablets], which are intensely potent and have a huge impact on people. There are definitely people taking heroin too, either smoking or injecting it. Weed is a big issue for people, and that’s coming up a lot. People might find they are dealing with high anxiety or depression and sometimes they use weed to self-medicate,” she said.

The work the project does is not confined to Clare’s urban areas and Lee-Ann explained that there are “pockets of drug use in rural areas”. However, this is not what surprises her most about what she sees in terms of drug use and trends in the county.

“What surprises me is that they are using at a very young age. I have come across people who started using at 10 or 11. That was about 10 or 15 years ago, with the age group I’m talking to, which is shocking,” she said.

She explains that the Bedford Row Project in Limerick run the visitor box in Limerick Prison and, during their work, they might get chatting to a mother who is upset.

“A name is taken and I go in and have a visit. Nine times out of 10, they want to make better choices. Sometimes, in prison, they have detoxed so they might be sober for the first time in a while and so you get to see the true person, their ideas, their dreams and their hopes. We start a relationship there and we hope that they link in with us when they come out. Some do, some don’t, some go away and enjoy their freedom and time with their family and find their way back to us.”

She explained that, for those who are in prison, unless they are under probation supervision upon release, there is no service to link in with afterwards, and this is a void they help fill.

Also, during their incarceration, they offer support to families who suffer as a result of a loved one being imprisoned. She outlined the ripple effect someone who is jailed has on their family.

“On a very basic level, if you have a son or partner who was working or getting an income from some training, you are down that income in the family home. You have the cost of going to Limerick to visit them. Most parents or partners are putting money into the prison every week for the lads to buy tobacco or toiletries. This is because you can’t leave in shampoo and things like that – they have to buy it in the shop – so families have to give them the money, which might be €20 to €30 a week. If you want to give them in clothes, everything has to be new, with tags on, as they are the prison rules, so you have that cost too. Imagine if you are on minimum wage – that is a huge burden on you,” she said.

One common thread, Lee-Ann said, on a very human level, is that everyone she talks to, be it a family member or the person in prison, is worried about their loved one(s). “Everyone wants better for their children. No one wants them to be in prison. They are devastated. There are all those emotions going on. Additionally, [as a parent] they are trying to protect other siblings and trying to deal with what has happened in their own relationship with that person. There is also a balance about learning how to set boundaries because the behaviour was not what you expected from that person and how you work to redefine things,” she said.

Lee-Ann said the service provides peer support to those families, allowing them to figure out their issues for themselves in a safe environment. “A key way for people to recover or make better choices is with the support of their loved ones, whoever that is. We provide a safe space for people to explore their options and make better choices,” she said.

Lee-Ann added that, in the case of those with drug addiction issues, that person might have gone to prison and left drug debts. “The advice from gardaí is that you don’t advise. People make the best decisions they can for themselves, because it is such a dangerous situation. So, for them, you might have someone knocking at your door. You might be worried about your property. You would be under severe pressure and then there’s the dilemma of do you pay it and get them off his back. All that is going on in the background.”

When drug debts go unpaid, Lee-Ann said, in her experience, they mainly see the family coming under pressure, with threats to property. While many won’t say what threats have been made, she is aware there is pressure. “There are definitely threats to safety, no doubt,” she said.

In Lee-Ann’s experience, those committed to prison do much better while they are inside. “They are much healthier, they are sober and the structure is good. If they are sentenced [and not on remand], they have opportunities to train. The chaplaincy is excellent as a support system too. But, for many, the price they pay is that they won’t see their children when they are inside,” she said.

Lee-Ann said children are severely affected by a parent going to prison, yet they are the ones who can also be a huge motivating factor in breaking the cycle. “We cannot underestimate the power that parents have over their children. Children will be aware that Daddy has been away, or they may have seen him being arrested. There are children who won’t sleep properly while Daddy is in prison. Some don’t know that’s where he is, they might think he’s in college. There are families who bring the children to visit and sometimes that can be a relief to see that Daddy or Mummy is okay. Parents will generally make the right decision for themselves but I definitely feel that children are the motivating factor for people to get better and make the right choices. In the Bedford Row Project, we believe that the cure is in the family. If that person gets support there, then miracles can be performed,” she said.

The project is a charity, which received seed funding from the court discretionary fund, and it is there to help those at risk of imprisonment, as well as those in prison. Having been open for the past 12 months, it is clear to Lee-Ann that more funds are required in order to provide to meet the demand that’s required.

“There definitely is a need for it. We could have three workers full-time here, linking in with families and with young people. I love the belief in the project that you can turn a life around, and you absolutely can,” she said.

With more funding, the organisation could provide kids’ clubs, which she said would offer dads who have been released a place to come and play with their children in a supported environment. That, Lee-Ann said, can be really powerful. “Everyone wants a better future for their children. They do not want their children in prison so they will support anything that will make that happen. By working in this way, we have a real chance at reducing recidivism and help them in making better choices.”

Lee-Ann admitted that, yes, it is hard for an addict not to return to crime, and that the nature of society is that when, someone is released from prison, there’s a party, because everyone is happy they have been released.

“We are hoping to work on a programme to help them make different choices, because there is great hope. They feel a lot better when they are sober. They feel better when they are doing their VTOS course and when the honest fiver is buying McDonald’s for their kids, but it is really difficult and people need support not to be ostracised, because anybody can be in that situation, and I do believe that,” she said.

The Bedford Row Project said they don’t disengage if people miss appointments and that their door is always open.

“Our model is to have a cup of tea and a chat, to help them get their heads together and help them make decisions. We offer support that people would get around the kitchen table otherwise. Our remit is anyone who is in prison or at risk of prison, and anyone who has an issue with drugs is at risk of it.”

Lee-Ann added that there are more options for people in Limerick City than in County Clare.
“In Limerick, there are a lot of community centres and projects with the regeneration but people in Clare are on an uphill struggle on release. If they come out on a Monday, we are not open. The council and Department of Social Protection are excellent but there is a lack in housing and availability of housing,” she said, adding that this dearth can lead to homelessness or falling back in with former bad company.