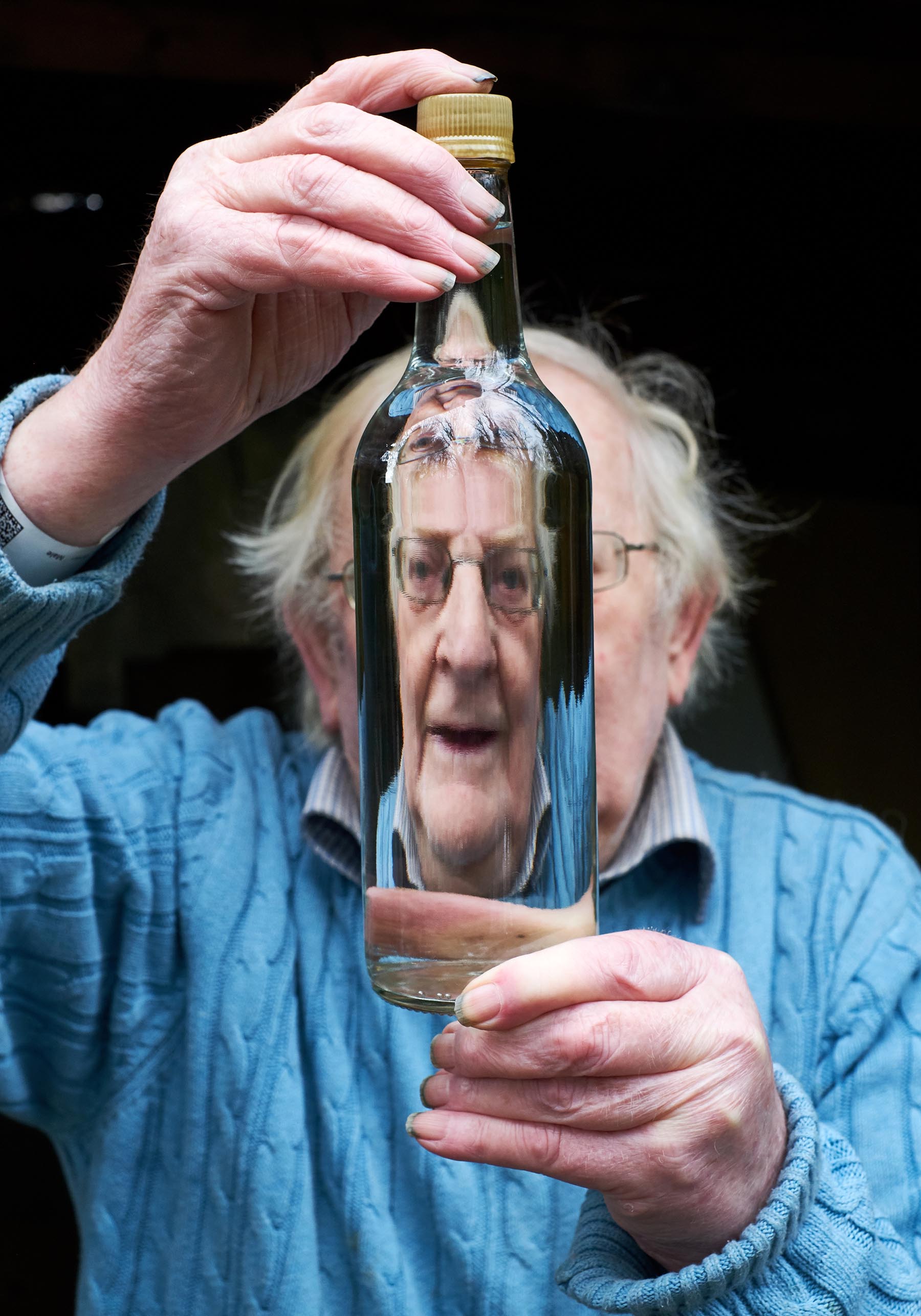 Nominated photograph by John Kelly: Pictured is Robin O Connell of Cappantymore, Meelick who was a poteen maker in the 7o's and 80's.

The Clare Champion newspaper has for the first time received three nominations at the annual Local Ireland Media Awards.

For the third successive year, Clare Champion journalist Peter O’Connell has been nominated for a Local Ireland Award. This year he is shortlisted for the second time in the Best Sports Story of the Year for an interview with Cooraclare’s Tom Morrissey. In the article Tom reflects on his life and times 25 years after he helped Clare win the 1992 Munster Senior Football Championship.

Multi-award winning Clare Champion photographer John Kelly was also nominated this year for Photograph of the Year for an image taken of Meelick man Robin O’Connell.

The Clare Champion has also been nominated in the Best Designed Newspaper of the Year category.

The awards will be held on Thursday May 24 at the Radisson Blu Hotel in Athlone where the winners will be announced.

Carol Byrne is a reporter at The Clare Champion newspaper reporting on news in the East Clare area and the arts. She also covers the courts in County Clare and has received seven national awards for this coverage from the Law Society of Ireland and a National Lottery Local Ireland national media award for Best Community Story 2019. A Masters in Journalism graduate of NUI Galway, she also holds a Bachelor of Arts from the University of Limerick in Music and Media Studies, and a Higher Diploma in Irish Legal Studies. She began her career interning at The Limerick Leader and Clare FM, before taking up a full time post at The Clare Champion in 2006.
@@Carlsburn
Previous Ennis brothel earns couple €1,200 a week
Next Gender equality award for UL