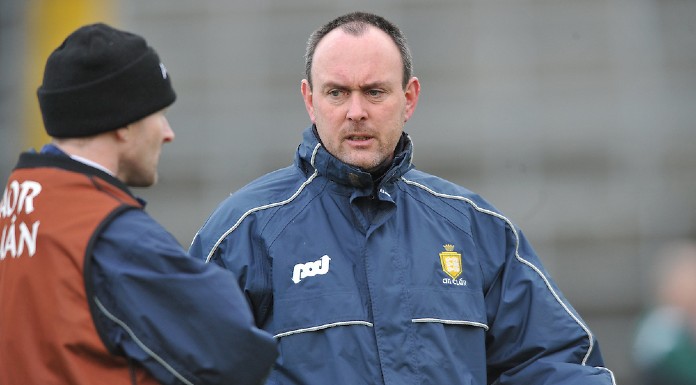 As deputy principal of St Flannan’s College, John Minogue is more aware than most of the policies and procedures in the famed hurling nursery.

There have been many changes to educational policies throughout the years for the Scariff native to keep up to date with, but at St Flannan’s the policy of encouraging and fostering the hurling fraternity of the future never wavers.

One of the major concerns for modern day school management is the knowledge and implementation of health and safety procedures, but that hurling tradition is factored in at the Ennis school when assessing the potential hazards.

“The biggest health and safety issue in St Flannan’s at the moment is trying not to fall over a hurley. They are all over the corridor, inside the classroom doors and anywhere else you look too. There must be 300 of them inside around the school every day and then you see all the lads out on the field playing at every opportunity. Having the likes of Brendan Bugler, Jamesie O’Connor and all these lads who have hurled at the highest level for Clare around the school is great. They are people that the students look up to and they are reacting to it in a really positive way” he said.

It will be no different this week as St Flannan’s build up to a first Harty Cup final since 2007, with their last success having come two years prior to that.

The 2009 U-21 All-Ireland winning Clare manager is hopeful those glory days will return, and feels having a squad made up entirely of young Banner stars is another positive in their run this year.

He said: “There is a lot of buzz around the place because it has been a while since we were there. A lot of students have now passed through without seeing us getting to a Harty final, but the flags are up now and everyone is really excited for the weekend. You can go back to the days of when the likes of Jamesie O’Connor and these lads were winning Harty Cups and we were involved with them. At one stage, we were getting to semi-finals and final regularly and that has abated a bit in the last few years. We haven’t been hitting those heights but you have to look at the demographics of it too. The boarding school went and we had a lot of lads that won Harty Cups with St Flannan’s from Limerick, Tipperary and Galway, but there is a positive to be taken from this run in that they are all homegrown lads this time around. They are all local students from local students and that is a positive both for St Flannan’s and for Clare hurling in general”.

Minogue is no stranger to hurling success in his own right, winning the Fitzgibbon Cup as the UCC captain in 1981 before adding a second medal 12 months later. He was also the captain of the Clare side that won the Oireachtas Cup in 1983. That success continued when he turned his hand to management with St Flannan’s, guiding them to six Harty Cup titles with three All-Ireland titles also on his CV. He is confident that the current crop has what it takes to bring the famous trophy back to Clare once more.

“We forget about things in time but I was involved with the likes of Mike McInerney and the former Bishop Willie Walsh and Seamus Gardiner. They had huge influence when St Flannan’s was a boarding school and you had big strong farmers from Tipperary who came up and were of great benefit to the boarding school and the Harty Cup team. Now, the local clubs and the local lads have to shoulder that now and I think they will be well able for it and they have been very impressive so far.  A lot of these lads have been in development squads up along and are really familiar with each other. They are friends in school and know each other from the various squads and have even played minor together for the county so there is a huge amount of experience there. That has matured them and you could really see that the last day in Nenagh that when the pressure came on, they stood up to it and knew the right thing to do at the right time. They hurled with their heads as much as their skill set which I felt was quite impressive” he concluded.