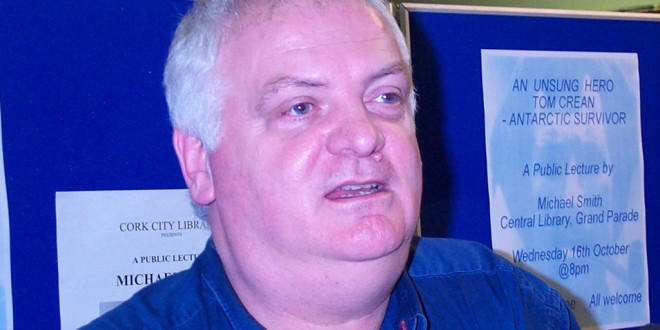 Telling a tale of Endurance

HIS achievements ring out a century on but few will know some of the sides of Ernest Shackleton that Michael Smith shines a light on, in his biography of the explorer, By Endurance We Conquer.
This book is a logical step on from Smith’s earlier book, An Unsung Hero Tom Crean – Antarctic Survivor.

That work brought Crean into the Irish public consciousness for the first time and Smith, a former political and business journalist with The Guardian and The Observer, said he started writing it when he realised no-one else had chronicled the life of the Kerry man.

“The more I read about people like Captain Scott and Shackleton and Amundsen, the more I came across this fella called Tom Crean and I thought I’d like to read about him. He seemed to be an interesting character, he cropped up everywhere. 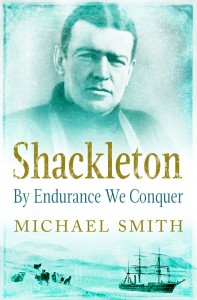 “Of course, when I looked for a book, there wasn’t one about him. That coincided with the time when I was beginning to ease myself out of Fleet Street and I thought, ‘why don’t you get off your backside and do the story yourself’. That’s really what I did and subsequently the book was a number one bestseller in Ireland.”

While Crean was all but forgotten when that biography came out 15 years ago, the book has since sold 150,000 copies, while the story of the Kerry explorer is now taught in schools.

There has been a statue erected in his honour in his native Annascaul and Smith says he was stunned at how awareness of the incredible life of Crean has soared.

“I thought it (the book) would appeal to mountaineers and hill walkers and people like that, but I’m absolutely amazed at the overall level of interest in the story.”

The latest biography comes 100 years on from Shackleton’s Endurance expedition. Smith says it was something of a natural progression for himself.

“The Shackleton book really came out of my research into the life of Tom Crean. Shackleton and Crean went on two expeditions together; as Irishmen there was a point of reference for them as well, although Shackleton came from the other side of the tracks to Tom. Tom was a farmer’s son, semi-literate. Shackleton was part of the Protestant ascendancy and was born on a well-to-do farm in Kildare.”

Shackleton never lost a man, was one of the great explorers of all time and is generally seen as an inspirational figure and fantastic leader.

However, Smith says this is only one side, as away from the fray, where he excelled, he was often completely clueless.

“What appealed to me so much about it, from a writer’s point of view, was that there were two Shackletons, there was the man on the ice, this fantastic explorer who was a living legend of the time but on the other hand, the fella at home was a complete rake! He was completely the opposite; he was a womaniser, he drank a lot, smoked heavily, he never held down a job, he didn’t pay his men’s wages.”
He insists there was no intention to tear down Shackleton’s reputation, just to show a fuller picture of a complex man.
“It’s not in any way a debunking book; it just peels away the myths and gets to the truth of the man. He was a genuinely fascinating character and it’s a compelling story. I’ve lost count of the number of people who’ve contacted me and said they couldn’t put the book down. I’m just a storyteller. I’m just passing on the information but it’s an absolutely fabulous story.”

A thing few people would know about Shackleton is that he had no appreciation for money.

“When he went to work, he didn’t even bother to pick up his wages. It’s very interesting for all of us who have lived through the last number of years of austerity but he had no relationship with money; he just didn’t understand it.

“Money meant nothing to him at all. His expeditions were hopelessly badly organised, underfunded, people didn’t get paid for supplies, the men’s wages didn’t get paid.”

While he made a few forays into business, each one was a disaster, as he had no capacity to spot a bluffer. Paradoxically, he was able to spot potential in certain people that might easily have gone unnoticed.

“He couldn’t spot a crook in a suit, a business man selling him some scam deal but on the other hand he could pick out men like Tom Crean, from the ranks of ordinary sailors. These guys were rough, tough characters, very down to earth. The edges hadn’t been smoothed off these characters and yet you could trust your life with them. Shackleton was a man you could trust your life with but you couldn’t trust him with your money because he had no grasp of money.”

While he has a lot of knowledge of exploration in the era, it was still a demanding book to write, he says.
“It still took me two years to write the book, which is a long time. It’s a big book but it’s a very big story and it deserves a big platform,” he concluded.

Michael Smith will read from and discuss Shackleton – By Endurance We Conquer on March 7 at 3pm at the Old Ground Hotel as part of the Ennis Book Club Festival.