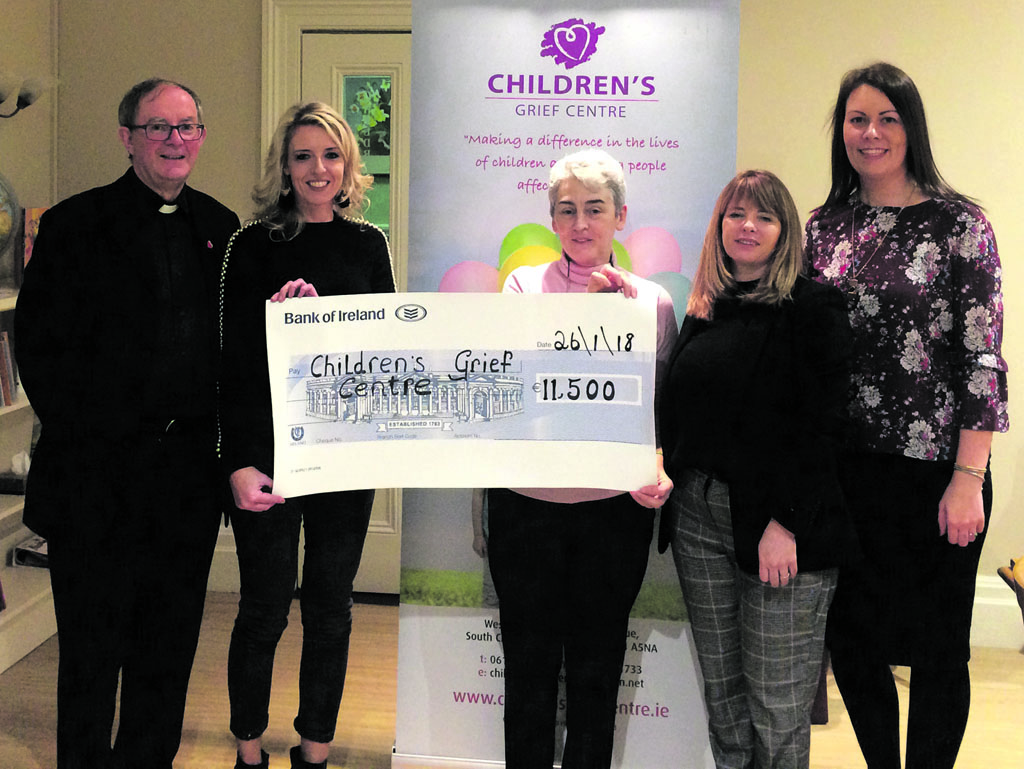 CHILDREN from the Mid-West who have suffered some form of bereavement will benefit from counselling and other supports worth €11,500, thanks to the fundraising efforts of a large group of Clare teenagers.

The Children’s Grief Centre reaches out to young people in the Mid-West suffering loss by supporting them through a variety of interventions, such as art and play therapy.

The service is provided by trained and experienced people.

Clarecastle-Ballyea Youth Choir and Celtic Ensemble Londubh organised a fundraising concert at Clarecastle’s St Peter and Paul Church, in aid of the centre on Sunday, December 3.

Representatives of the group handed over a cheque for €11,500 to the director of the Children’s Grief Centre, Sister Helen Culhane, at a recent presentation.

One of the choir members, 15-year-old Rachel O’Dea, Ballybeg, Ennis, told The Clare Champion that €11,500 was a great sum to raise for the centre. “I loved being involved in the Youth for Youth project. It was for a good cause and it was nice to be able to raise money that will help other children.

“It was a thoroughly enjoyable experience working with so many other teenagers,” she said.

Last September, the third-year Rice College student was among a group of teenagers from the Clarecastle-Ballyea Youth Choir who visited the centre to see what services were provided for children suffering from different forms of emotional distress.
She described the visit as a good learning experience for all the participants, who also made symbols of joy, hope, happiness, friendship, support, courage, knowledge and love for the children.

Inspired by the atmosphere they experienced at the centre, and using their creative and artistic talents, these seven symbols emerged as important ingredients in a person’s journey to healing, acceptance and wholeness.

The importance of young people supporting each other is key to the Youth for Youth project.It asserts that young people can offer suport by listening to, talking to and being present to one another, offering a kind word, a smile and by sharing and affirming each other’s talents.

Up to 40 children in the youth choir practiced every Friday for several months to prepare for the concert, which involved a variety of pop, religious and Christmas songs.
The choir was joined on the night by up to 30 children from Celtic Ensemble and another 20 children from Ballyea and Clarecastle National Schools.
At one stage, there were up to 100 children on-stage, performing the song True Colours.

A few weeks earlier, the two groups introduced the liturgy symbols of healing at masses in Roslevan, Clarecastle, Ballyea, Ennis, Shannon and Quin, in a bid to create public awareness of children who are experiencing a difficult time.

The musical director and concert organiser Claire Connellan said, “More and more young people need the positive caring environment in which they can name their concerns and know that they will be heard by people who are trained to introduce them to the path of healing and fulfilment.” 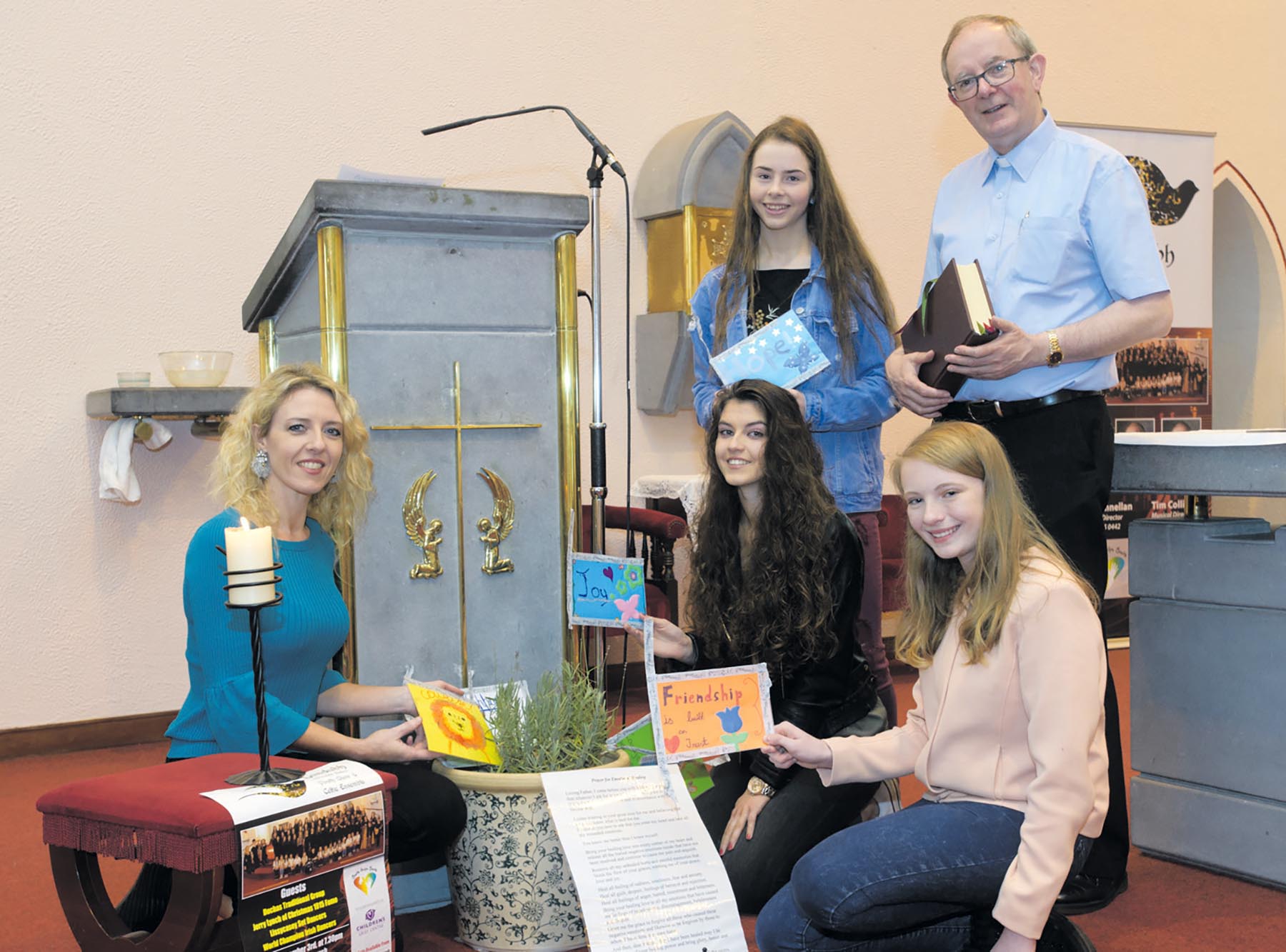