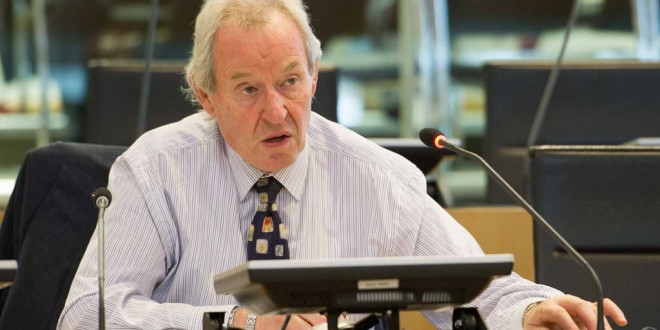 Teens feel the fear on streets of Ennis

TWO thirds of teenagers and young adults surveyed by Clare Youth Service have felt unsafe in the Ennis Town area during the past 12 months, while 60% of those who said they had experienced crime said they were assaulted, a study by UL has revealed.

More than half (54%) of senior-cycle secondary school students surveyed have also admitted to feeling unsafe, and a little less than half (46%) of the general population, who responded to the survey questionnaire, said they also felt unsafe.

The study, Feeling Safe in Ennis, an exploration of perceptions of safety in Ennis, was presented to Tuesday’s Ennis Municipal District councillors by Dr Chris McInerney from the Department of Politics and Public Administration in UL.

The study was commissioned following feedback gained during the Ennis 2020 consultations that had indicated some level of concern about safety issues in the town.
Dr McInerney told the councillors that Ennis ranks on the lower end of the scale in terms of crimes committed and, in 2011, the most recent figures, crime levels in Ennis (1,750), compared to centres of similar population, were lower than Kilkenny (2,885), Carlow (2,352) and Tralee (2,081) but higher than Newbridge (1,303) and Mullingar (1,641). He noted the survey dealt in perception rather than reality of crime and safety, and there are areas that can be worked on to lessen the fears of some respondents.

The study found that one in five of the general population (20%) surveyed has been a victim of crime in the town area in “the recent past”; one in four (25%) who took part in the school survey was also a victim of crime and one third (33.8%) of the youth survey reported that they have been a crime victim.

Almost half of the general population who experienced a crime said they were victims of anti-social behaviour, followed by harassment of just over 30% and almost 20% of a burglary.

In the school survey, half of those impacted by crime said they were victims of harassment, more than 30% suffered from anti-social behaviour and 30% from assault.
In the youth service survey, just under 60% of those affected by crime said they had been assaulted and more than 40% were victims of anti-social behaviour and harassment, with 30% in this category affected by theft.

When each group was asked what could be done to improve their sense of safety, there was unanimous agreement that an increased garda presence would help, followed by better lighting, a low or zero tolerance and more CCTV.

Inspector John Galvin, who attended the presentation, welcomed the study findings that 80% of the general population had not been affected by crime.

“It’s common knowledge that crime is falling and we would be aware that we fare quite well, in comparison to towns of similar size. I was pleasantly surprised to hear that 80% of the adult population had never experienced any form of crime. And there’s almost 70% of the young people that have never had any experience of crime. That’s all extremely positive but, when we look at it and see there’s a perception out there that people are afraid of being victims of crime, that is something we have to be cognisant of – that their perceptions don’t match the reality,” Inspector Galvin said.

He that the nature of the environment of Ennis, with its small streets and laneways, could also have some impact on the safety fears felt by some. “We will work with the community and the local authority on the visibility of gardaí and will take cognisance of the study. This is a snapshot in time and it tells a story. We’ll work on that,” he said.

Ennis councillors were unanimous in welcoming the study and were quick to praise the work of gardaí, while noting that resources and staff are, and will continue to be, in short supply.

Councillor James Breen, who chaired the meeting, said it is time to stamp out anti-social behaviour. Councillor Pat Daly said the Minister for Justice must ensure that garda numbers are restored, while Councillor Ann Norton said it is important to encourage people to engage in Community Watch and to work with the community gardaí.

Mayor of Ennis Johnny Flynn said, “The survey work completed by University of Limerick (UL) is of huge value to the town of Ennis, the Municipal District and the whole of Clare as the safety and management of the county town is of interest to all town-users. In general terms, the findings are very satisfactory and it is important that we have clear data, which we can use to improve the town in the coming years.

“Starting with our initial perception survey in 2011, which was also done in association with UL and resulted in a strong framework and a vision for the county town in 2020, we are on track to really make a difference for the town and the county in the coming five years,” Mayor Flynn said.

Chair of Promote Ennis and Purple Flag Working Group, Brian O’Neill, said, “On behalf of the business community, I am delighted to see this new research published and I look forward to working with the support of Ennis gardaí and Ennis Municipal District on the areas identified. We have already achieved a lot, being the pioneer town to gain the evening and night-time Purple Flag award and are finding great benefits from collaboration with different sectors and governmental bodies.

“While there are some areas that the business community would be concerned about, the research gives us the tools and the data to build on Ennis’ safety and perception thereof,” Mr O’Neill said.