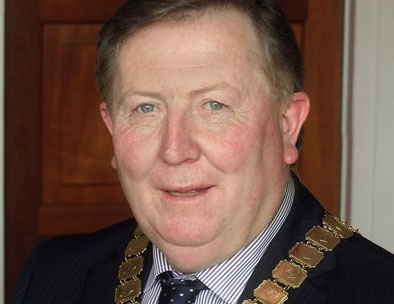 Teachers to descend on Ennis

INTO national president, Seán McMahon, is set to welcome up to 1,500 delegates and guests to Treacys West County Hotel in Ennis next Monday morning, at the start of the three-day primary school teachers 147th annual conference.

The huge attendance is expected to bring a financial spin-off worth millions of euro to the local hospitality and retail sectors.

The Mullagh National School principal is delighted that the Irish National Teachers Organisation’s conference is back in the capital town of his native county after a long absence.

“It’s two decades since it was held here and I’m informed by those who were here at the time that it was a very positive experience, so I’m looking forward to next week,” he said.

“I’m pleased to see also that the ICTU conference is here in Ennis in July and I would very much hope that the other education conferences will come to Ennis in future years and that it won’t be as long again before the INTO conference returns to our county town,” Mr McMahon said.

Mr McMahon, who will welcome the delegates in his presidential address on Easter Monday, paid tribute to the hard work of the local organising and co-ordinating committee, chaired by Doora NS principal, Mary Curley.

“They have taken it upon themselves to do the co-ordination at a local level. It is a mammoth task, from the logistics, to the crèche, to the social events, to ensuring that people are met and have a positive experience,” Mr McMahon said.

The conference itself is the responsibility of INTO staff based in Dublin and the national president expects a successful but extremely busy event in Ennis, as he chairs the meetings and the debates on motions before the conference.

The address by Ministers O’Sullivan and O’Dowd on Tuesday will be among the highlights of the conference, particularly as Mr McMahon was in Belfast on March 13 to lead a march, as teachers protested the cuts in education by taking to the streets.

“We will have quite a large cohort of delegates from the branches throughout Northern Ireland and we’re really looking forward to hearing their minister and their perspectives, difficulties, hopes and aspirations,” he said.

Mr McMahon expects the value of education, its importance and also the investment required in education to be key issues for delegates.

“We seem at last, in the Republic in any event, to be moving away from the chains of austerity and perhaps – hopefully at least – into a very positive environment, and we will be very strongly saying to the minister and to any politician that we need further investment in education and that there are a number of specific areas that we need to deal with. Primarily among those is class size. The Republic of Ireland has the largest class size across the Eurozone countries of over 24:1, whereas in several of the Eurozone countries it is down at 16 and 17. Our children, when they go out into the world, are competing with children from those environments. Perhaps, during the austerity period, there was some argument in terms of the purse strings but now that that seems to be abating somewhat, we are demanding that it should be addressed. I’m very interested in that myself because the motion on that issue is from my own West Clare branch of the INTO,” the president said.

“Of course, this is an INTO conference and the terms and conditions of our own members will be central. Our own members are very critical that over a number of years, they have lost up to 15% of their wages and suffered non-payment of awards made previously by government. Our members are very, very anxious that those issues would be addressed – and addressed in the immediate future,” he added.

Mr McMahon said the two-tier payment system, depending on when teachers began working in schools, needs to be addressed and this is reflected in the motions before the conference.

In his own presidential address, Mr McMahon hopes to deal with the central tenets of teachers’ demands, issues and difficulties and will put particular emphasis on the area of small schools, an area, he says, that he has invested a lot of time and enthusiasm in during his term as president.

“I am very pleased that in recent weeks, we have made very substantial progress in relation to those schools. The Value for Money Report, which we were often threatened with by previous ministers for education, has been published and disregarded at the same time. The current minister is much more positive in her approach to our schools and their needs and to the incredible positivity that they give to the communities that they serve. That’s not to say that all our difficulties in that area have been solved, but there certainly has been positive progress made,” Mr McMahon said.

“The other huge area I’ll be touching on is the area of special education. In recent years, there has been a reduction of 15% in the level of support given to the special needs pupils within the system and I will be calling for that to be immediately reversed. The idea that any State would penalise the most vulnerable children in society is anathema to me and to our members – especially now that there seems to be some light switched back on in the tunnel,” he said.

“I am a little concerned that what we are hearing now isn’t just a soundbite for an upcoming general election and that it is real, that the upturn continues and that it isn’t just a Dublin, east coast and urban upturn, but is one that can move out into the countryside.

“I hope that people who come to congress have a positive engagement and deal with the issues, but that they also go away pleased that they came to County Clare. Hopefully, they might leave Ennis and visit some of our beautiful tourism locations and that they would come back again.

“I would equally say to the people of Ennis that we are delighted to be among you and that, hopefully, the delegates and guests will have a positive experience and will return again to County Clare,” Mr McMahon said.