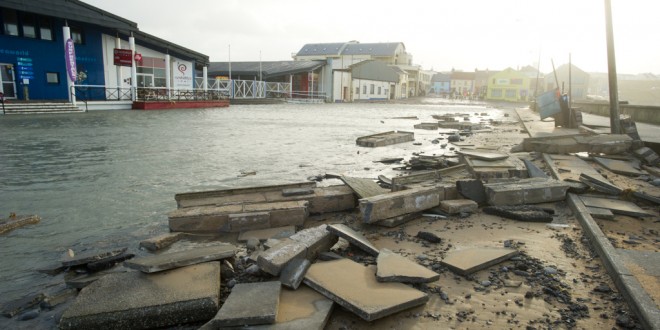 THE response of the local communities in assisting their neighbours in need, as well as those in public services who have been working to deal with the aftermath of recent storms, was lauded by Tanáiste Eamon Gilmore at the 25th annual tourism conference in Ennistymon over the weekend.

“This Government has responded to the severe weather damage, making €70m available for a pprogramme of repair and remediation works in the areas affected. This is in addition to the €25m announced for the Department of Social Protection’s Humanitarian Assistance Schemes. We are currently awaiting an assessment from local authorities of what is required to deal with damage from the latest storms to hit these shores.

“As well as dealing with the consequences of the recent weather, the OPW are looking at what is required for the future in the way of additional coastal defences; flood protection works and a national flood warning system. They will be reporting back to Government on this,” Mr Gilmore said in the conference organised by Clare Tourist Council and Clare County Council, in the Falls Hotel, Ennistymon.
The Tanáiste and Minister for Foreign Affairs said the Government has always seen tourism as a key sector for support, precisely because of its ability to create jobs and earnings in communities throughout Ireland.
“We recognise the enormous contribution which the tourism industry makes to our economy. Following a successful period of growth since the 1990s, tourism numbers fell between 2007 and 2010 due to the global recession. In Ireland this was compounded by our own domestic difficulties,” he said.

Contining, he said, “This year the Government will again maximise the opportunities that arise with Saint Patrick’s Day to promote trade, tourism, inward-investment and culture abroad in order to foster economic growth and job creation at home.

“We will also once again see a host of major landmarks and iconic sites around the world turn green for St Patrick’s Day. From Petra in Jordan, to Niagara Falls and Table Mountain, St Patrick’s Day will be celebrated by Ireland’s friends worldwide.

Looking further into the future, it is also very important that we plan for the continued success of our tourism industry. That is why a public consultation on this issue has been held to get people’s views on important questions for the way forward to inform the development of a new tourism policy.”

Mr Gilmore said, this year, Tourism Ireland is targeting growth in visitor numbers to Ireland of 4% and they will be undertaking extensive marketing campaigns throughout 2014.

Previous Dublin backlash too much for Clare
Next €96,000 for Burren signage 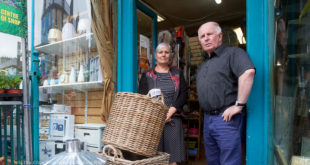