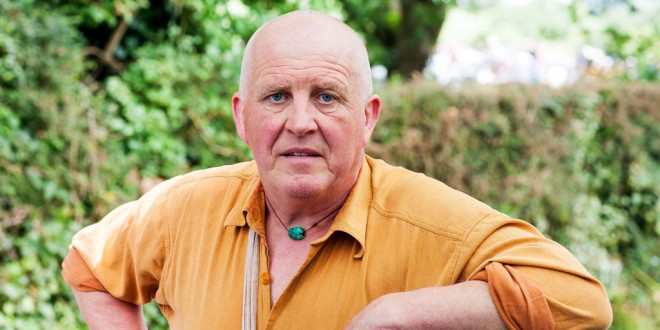 Eamonn Murphy who will launch the Ennis Arts Trail. Photograph by Arthur Ellis

Taking to the Ennis arts trail

ENNIS Arts Trail will be launched by this year’s street festival guest artist, Eamonn Murphy in the former Fás building on Parnell Street on Tuesday next.
Following the launch at 6.30pm, the attendence will hit out on the art trail around the town.
About 20 artists and shops have come together to display art in shop windows, including work by Tina Culliney at T Fades; Caitriona Sheedy at Ennis Electrical; Larisa K Bevillard at TM Printing; Bonnie Fields at Precious Pets and O’Connors Fruit & Vegetables; Liz Moorcroft at Olive; Dave McElheron at The County Boutique; Joey Kelly at Forget Me Not; Stella Burke at The Wine Buff; Isabel Gaborit in Souper Restaurant; Mary McMahon in Heaslips; Fiona Faulkes in Neylons; Yvonne Mahar at Essentials; Kilrush Art group at Patrick Bourke; Bonnie Fields at Victorian Posey Florist; Nerina Burke in The Ennis Bookshop; Ann Mc Bride in O’Connells Medical Hall Chemist and Carmel Doherty, Brian McMahon, Will Gilchrist and Richard Sharp at the Rowan Tree Restaurant.
Art for All will be at Friars Walk Carpark on Saturday, from 11am to 4pm, where everybody is invited to view the art and meet the artists, while Glór will also host a summer art exhibition as part of the trail.
“It’s about bringing art to the people, rather than making people having to go to art galleries or any other venue,” said Ennis Street Festival art director, Ana Colomer.
Eamonn’s own small “eclectic” mix of paintings will be shown at the former Fás office on Parnell Street. “There’s a lot of work in my studio, some of which was started many years ago. I just decided now to finish off work that has been around. Some of it will go back a long time and some is quite new and has just been finished,” Eamonn explained.
“It’s not a huge space and I’m just putting in about 10 paintings,” he said.
“I’ll be launching the arts trail and speaking about the mix of people who take art with various levels of seriousness. Art is something that I feel more people should just do. We kind of lose it after primary school and then people tell you ‘I can’t draw or paint’. I suppose you’d encourage people to be creative in every way they can. I grew up on a farm and you’re creative in many ways on a farm in that you mend things and fix things,” he said.
“I’d just encourage people to have a go but it’s an interest I suppose, like music. If you give kids crayons they’ll just draw straight away, they have no inhibitions that somebody is looking over their shoulder and thinks it’s terrible or this is what a cow should look like. I lived in Holland for years and people would frame their kids’ art and put it on the walls but I see that here less and less,” Eamonn said.
His work over the past 10 years has been influenced equally by his Clare background, his travels in Asia and frequent trips to Holland. His latest work is said to be influenced by Jack Donovan, his former teacher at the Limerick School of Art and Dutch artists such as Bram van de Velde.
In addition to the deeply held influences of County Clare and his spiritual home in India, the Dutch artistic tradition from Van Gogh to Mondrian provides an important context for Eamonn Murphy’s working methods and the insights he expresses in his art.

Supporting the arts in Clare