August 1, 2019 Comments Off on Fake news shows why Clare must support Shannon-opinion

WHOEVER was left in charge of the Dublin Airport Twitter account last week may have done Shannon an entirely unintended favour. Many thousands of people in Clare and indeed Limerick feel strongly about the success of the airport upon which the region’s economy depends and when Dublin Airport posted a ridiculous, self-regarding tweet about being the key gateway for the 2026 Ryder Cup in Adare, it really jarred. It has helped bring attention to the plight of our struggling airport and the fallout will show local politicians that they must take action to arrest its decline. The term fake news is derided because Donald Trump coined it and has aimed it at some of the most reputable media organisations in the world. Yet the depressing reality is that fake news is often widely believed nowadays, with ease of access to publication through social media and weak deterrents meaning that people are merrily spreading lies all around the world, every single …

ANNOYANCE around the Mid- West was very apparent online late last week, following two provocative tweets from Dublin Airport. The first tweet from the capital’s airport said, “We look forward to being the key gateway for overseas visitors attending #RyderCup 2026, which will take place @TheAdareManor in Limerick”. Claiming to be the key gateway was a cheeky comment from an airport 222km away from Adare, compared to just 43km from Shannon and it wasn’t long before people from Clare and Limerick were responding unfavourably to the display of Dublin arrogance. However, Dublin Airport wasn’t in conciliatory mode and quickly doubled down on the earlier tweet, in response to one man asking was Shannon not the key gateway for the event. “We’ll welcome more overseas visitors for the event, as we’re a much larger airport with much greater connectivity to Britain, the US and continental Europe. Overseas visitors using Dublin Airport go to all 32 counties on the island.” After this, …

June 22, 2019 Comments Off on €14 million for four Irish airports, but nothing for struggling Shannon

LAST week saw the Government announce funding of almost €14 million for airports in Donegal, Knock, Kerry and Waterford, but not for Shannon. It is a situation that has been criticised by Shannon Chamber CEO Helen Downes, who says the Clare airport is now eligible for supports that others are getting. “If the Government is serious about its promise, in the National Planning Framework, to drive regional economies, it may be timely for them to broaden their support for airports that are vital catalysts for regional growth. “Shannon Airport suffers from a lack of support around capital expenditure projects and is in the process of investing €20 million in safety and security projects from its own resources.   “This funding would be better invested in securing new routes and services to feed the regional economy. “However, unlike other regional airports, who recently received Government subsidisation in the order of €14 million for capital expenditure works, Shannon receives no exchequer support …

June 13, 2019 Comments Off on ‘Looming crisis’ at Shannon as passenger numbers fall and Norwegian exit

SHANNON Group has acknowledged that its already disappointing passenger numbers will dip further in 2019. In a statement on Wednesday, low-cost airline Norwegian said it won’t run any services from Shannon for the rest of this year. “Due to the continued grounding of the Boeing 737 Max by the European aviation authorities, our flights to and from Cork and Shannon will be re-routed via Dublin for the remainder of the summer season. Cork is a seasonal route and the reduced availability of aircraft has led to the removal of Shannon services this winter.” Later on Wednesday, Shannon Group also released a statement, which said, “The worldwide grounding of the 737 Max aircraft is having a serious impact for Shannon passengers. “Proportionally, no other Irish airport has such a high level of activity operated by the 737 Max aircraft. At peak, this aircraft type would have operated 13 weekly flights from Shannon to North America. “We now estimate that the loss … 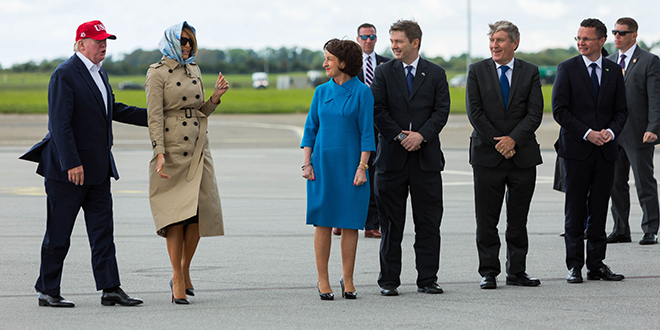 PRESIDENT Donald Trump has now left Clare, flying from Shannon Airport earlier this afternoon. Shannon Group Chairman, Rose Hynes was one of the last people to speak to him before his flight left, and she said the trip had been a great boost to the region. “The visit of the American President Donald Trump to Shannon further illustrates the deep ties between the West of Ireland and the United States. “Shannon is the gateway airport to the Wild Atlantic Way and is critical for tourism and indeed, business in this region, not least in the context of the huge US multi-national footprint here. The visit has been a huge sign-post for Shannon, something that will grow awareness of the airport as the premier access to this wonderful part of Ireland.”

June 5, 2019 Comments Off on Trump meets Taoiseach at Shannon

DONALD Trump has landed in Clare and in a typically blunt press conference at Shannon Airport, he said Brexit will be good for Ireland, while he defended his environmental record. He spoke to the press while accompanied by Taoiseach Leo Varadkar and in advance of the meeting between the two he said, “It’s an honour to be here, we’ll discuss various things, probably you’ll (Varadkar) ask me about Brexit, because I just left some very good people who are very much involved with Brexit as you know. I think it’ll all work out, all work out very well and also for you, with your wall, your border. We have a border situation in the United States and you have one over here. I think they’re both going to work out well, it’s going to work out very well here. Both the military and trade are a very big factor and we’re going to be discussing that very much. It’s an …

This week we discuss why Shannon Airport is still struggling years after Leo Varadkar’s plan for recovery, the impact of Brexit on Clare and the US military veterans before the courts. 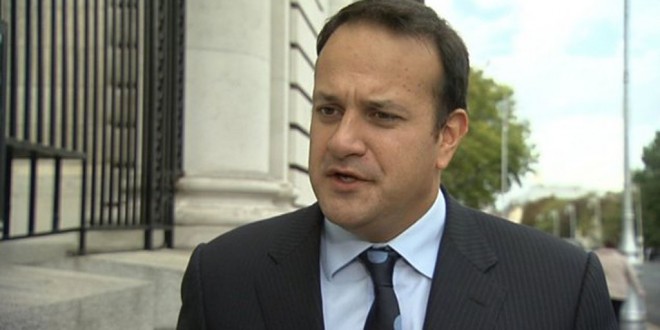 April 4, 2019 Comments Off on An open letter to the Taoiseach ahead of Friday’s Ennis visit

DEAR Leo, You’ve had a few very good years since we used to see you around here. The Taoiseach no less. Writing official letters to Kylie Minogue and going running with Trudeau! When you were Minister for Transport and came to Shannon, you were some man to get a rise out of people, Leo. Those that were there don’t forget a ridiculous suggestion that Knock was on the brink of overtaking Shannon and a rather wild claim that Aer Rianta International should be taken from the Clare airport because you said it had been established using profits from Dublin, that certainly shook ’em up, didn’t it? In Clare, some of us also remember the gleaming vision for Shannon set out at the end of 2012. In the pits of recession, a newly-launched plan for the airport predicted 2.3 million passengers within five years and 2.5 million by 2021. Outstanding! And there were going to be well over 3,000 new jobs …