Over €1m for roads in Clare

Over €1 million has been granted to Clare for improvement and maintenance works on roads. Clare County Council will be allocated €220,000 for road improvements and a further €791,657 for road maintenance. This funding is part of an allocation of almost €160 million from Transport Infrastructure Ireland (TII). Nationally, €139.7 million of this will go towards road improvement works, while €20.2 million will go towards essential road maintenance. “According to the Minister for Transport, Paschal Donohoe, this funding represents a base allocation for local authorities that will be supplemented during the year in respect of certain maintenance works, pavement works and safety schemes,” commented Clare TD Pat Breen. “Fine Gael has a plan to keep the economic recovery going and ensure that we continue to have more resources to invest in better services and infrastructure like roads. The Government’s capital Investment Plan 2016-2022, allocates €6 billion for transport, which includes €4.4 billion, for the maintenance and renewal of the road … 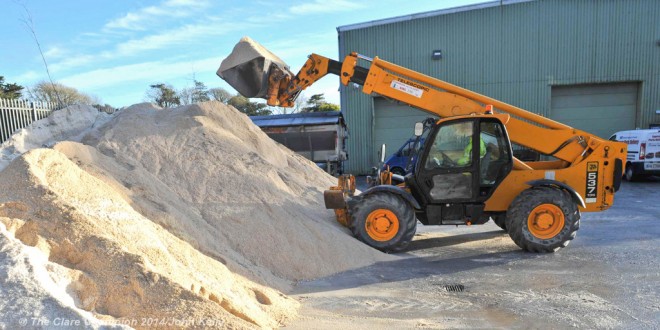 Clare County Council says it has “ample” supplies of rock salt to treat the County’s roads during the coming winter. In excess of 1,o00 tonnes of rock salt are currently in storage at the local authority’s depot and maintenance facility at Beechpark including stocks held over from last winter, which was one of the mildest in recent years. Salt stocks will also be drawn down by the council during the winter from the National Roads Authority (NRA) and the Department of Transport (DTTAS), which has allocated 2,200 additional tonnes to Clare. Further stocks will be available if required in an emergency situation from the NRA’s strategic salt reserve. Clare County Council’s fleet of salt spreader trucks will facilitate road treatment operations during the winter season. Salt stocks will be used to treat strategic national, excluding the motorway network, and non-national routes around Clare during the winter season. Clare’s motorway and dual carriageways will be treated directly by contractors on behalf … 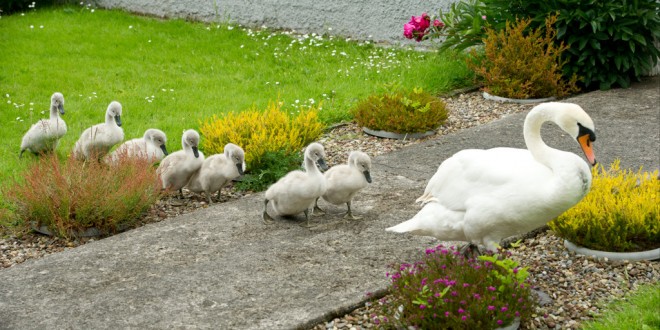 June 8, 2014 Comments Off on Swans make Sunday visit to Angela

A FAMILY of swans going on a Sunday afternoon ramble in Clarecastle held up traffic this afternoon before Angela Kelleher managed to divert them into her front garden. The family, two adult swans and seven cygnets, are currently resting there while local authority staff are expected to arrive later and take them away. “They were all walking along the Ennis-Clarecastle road and all the cars were stopped behind them, it was unreal to see it. We managed to veer them off the road, got them into the driveway and closed the gate after them,” said Angela. Her father and some neighbours assisted her and she says the swans seem very tired after their afternoon walk.

April 7, 2014 Comments Off on More Money for Clare Roads

LOCAL authorities in Clare will receive a further financial allocation under the Community Involvement Scheme which will pave the way for works on the county’s regional and local road network. Environment Minister Leo Varadkar confirmed in the Dáil that he is allocating an additional €4.5 million to the CIS, on top of the €2.3 million previously allocated in 2013. Clare Fine Gael Senator Tony Mulcahy has welcomed the additional funding. “I am delighted that Clare roads are to receive funding from the Community Involvement Scheme (CIS) again this year. CIS funding totalling €550,000 allowed for 26 road works projects in Clare in 2013 covering over 17 kilometres of road. This was the third highest number of completed projects in the country. “This scheme was designed to fund works on local roads which would usually only be considered for funding towards the end of a council’s road programme, after more heavily trafficked routes had been worked on. ”It is crucial that … 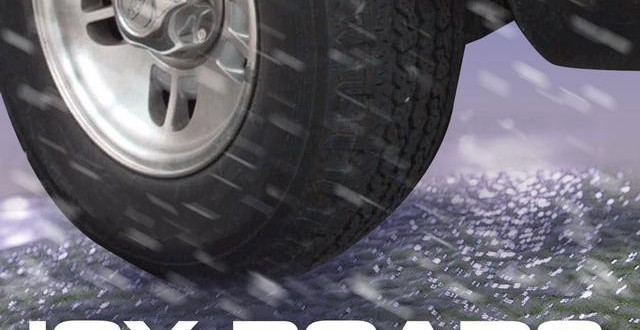 TEMPERATURES dropped overnight, leading to icy conditions on many roads in both rural and urban areas across the county.  Motorists have been urged to reduce speed and drive with caution as, with early morning temperatures just above zero, ice is likely to remain in sheltered areas for some time. Any rainfall could make conditions even worse.