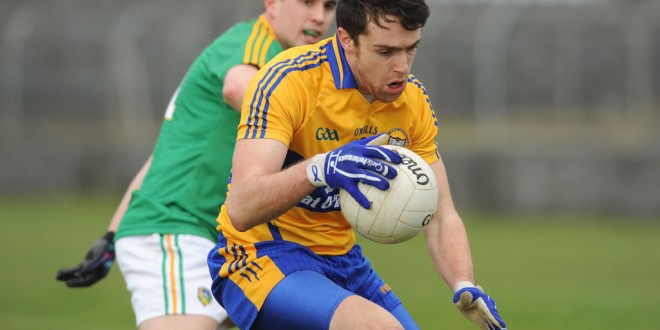 June 12, 2014 Comments Off on Two changes to football team for replay

There are two changes in personnel on the Clare senior football team for Saturday’s first round championship replay with Waterford at Dungarvan from that which started in the drawn game in Ennis last week. As expected, Shane Brennan is retained and he takes over from the unavailable Podge Collins who will be with the hurlers this week for their Munster championship semi-final against Cork on Sunday. Brennan is named at full forward with David Tubridy moving to the corner where Collins started last week. The other change is also in attack where Meelick’s Barry Hartnett, brother of full back Kevin, takes over from Jamie Malone. Sean Collins who, like his brother Paodge is also a member of the senior hurling panel, is available to the footballers for Saturday’s game. The team is: Joe Hayes (Lissycasey); Dean Ryan (Éire Óg), Kevin Hartnett (Meelick), Martin McMahon (Kilmurry-Ibrickane); Shane Hickey (Kilmurry-Ibrickane), Gordon Kelly (Miltown), Ciaran Russell (Éire Óg); Gary Brennan (Clondegad) captain, Shane …

September 18, 2013 Comments Off on McGrath in charge of hurling final replay

THE GAA has confirmed the referee and match officials for the All-Ireland senior hurling final replay between Clare and Cork on Saturday week. James McGrath from Westmeath will be in charge and this will be h is second senior assignment, having taken charge of last year’s replay between Kilkenny and Galway. The Turin clubman refereed the All-Ireland minor final in 2009 and the All-Ireland U21 final in 2010. James was in charge of the Munster senior final when Limerick beat Cork on a day when Pat Horgan was controversially sent off. That decision was subsequently overturned on an appeal. He also refereed Clare’s first round game with Waterford as well as the meeting of Offaly and Waterford in the qualifiers. Offaly’s Brian Gavin, who was in charge of the drawn game, will be the standby referee with Johnny Ryan (Tipperary) as the other linesman. The sideline official will be Alan Kelly (Galway). 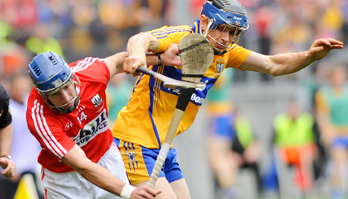 Magnificent Clare can up it another notch

September 13, 2013 Comments Off on Magnificent Clare can up it another notch

SO did Clare leave it behind them? Emphatically, no. The sight of Domhnall O’Donovan on his back, while all around him Clare men, women and children were leaping into the Dublin skyline illustrates the depth of courage and mettle that has been drilled into this panel of Clare men. Had there been a chink of self-doubt or self-pity, Cork would have Liam McCarthy with them this week in the southern capital. In a game largely ruled by Clare, Cork led just the once. That they did so, a minute and a half into a mere two minutes of injury time, underlines the perilous precipice on which Clare stood. Eighteen months of work was imploding before their disbelieving eyes, while decades of regret loomed. Had Cork clung on to their one-point lead, they would have snaffled a 31st All-Ireland title that they did not earn. If they win the replay, at least they will probably have to hurl for longer and …