October 3, 2017 Comments Off on Under 21 football pairings 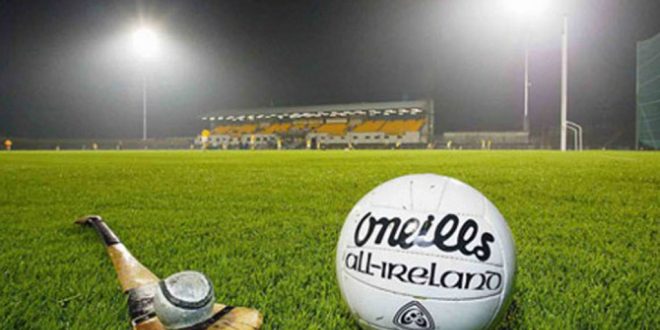 The odds on neighbours and arch rivals Kilmurry-Ibrickane (holders) and Miltown St. Josephs meeting in the final of the Clare senior football championship have shortened after the semi-final draw kept them apart. No doubt, however, Cratloe and Clondegad, the other two clubs still in the running for the Jack Daly cup,  will also have their eyes on the big day in Clare football. Two keenly contested semi-finals are in store and supporters of all four teams are confident that their favourites  will contest the final Cratloe will play Kilmurry-Ibrickane while Clondegad will take on Doonbeg in the semi-finals which are set for Saturday/Sunday week. The junior semi-final pairings have also been decided and here Eire Og will take on Ml. Cusacks while Kilmurry-Ibrickane will face Naomh Eoin and both of these games will also take place on Saturday/Sunday week In the minor B hurling championship the semi-final pairings are Cratloe v Tulla and Clonlara v Broadford/Smith O’Briens

Twelve teams chase u-21 A title

Twelve teams will compete for the under 21 A football championship in 2016 and first round games are expected to take place in the coming weeks. First round byes have been received by Eire Og, Ennistymon, Shannon Gaels/Kilmihil and St. Breckans while the four first round games are St. Josephs, Doora-Barefield v Ml. Cusacks/Kilfenora/Liscannor; Cooraclare v Lissycasey, Clondegad v Miltown St. Josephs and Kilmurry-Ibrickane v Kilrush-Killimer. There will be six teams in the under 21 B championship and here Corofin and Clooney-Quin received byes into the semi-finals. Wolfe Tones will play Cratloe and O’Curry’s/Naomh Eoin will take on Clarecastle. The under 21 C semi-final pairings are Kildysart v Coolmeen and Doonbeg v Banner. Meanwhile the draw for the junior A football championship semi-finals was made this Monday evening and the pairings are Meelick v Michael Cusacks and Naomh Eoin v Kilmurry-Ibrickane. By Seamus Hayes 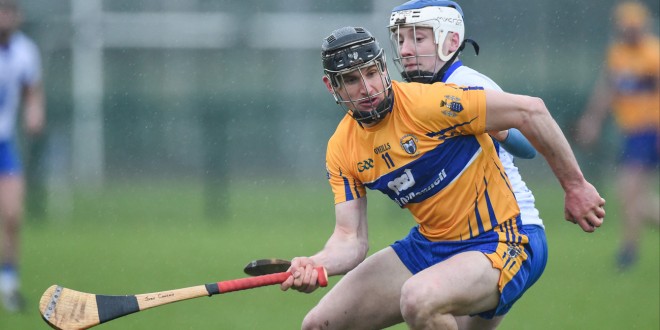 September 19, 2016 Comments Off on Exciting pairings in hurling

It’s semi-final time in the adult hurling championships and this evening’s draw throw up some mouthwatering pairings in senior, intermediate and junior A, all of which will take place on the weekend of October 1 and 2. South East Clare neighbours Cratloe and Clonlara will meet in the senior semi-final with followers of both fancying their chances of winning the Canon Hamilton trophy. The other semi-final will see Ballyea taking on Feakle. At intermediate level, favourites Broadford will face Tubber with Sixmilebridge and St. Josephs, Doora-Barefield doing battle in the other semi-final East Clare neighbours and rivals Bodyke and Ogonnelloe will face each other in the junior A semi-final and this will be the first of two meetings of the clubs in the coming weeks as these teams have also qualified for the division 4 league final. The other semi-final pairing is Kilmaley v Sixmilebridge. A three way play off is required to determine who will join St. Josephs in …

February 9, 2016 Comments Off on Championship draws throw up mouthwatering pairings

The draw for the first round of the Clare senior hurling, senior and intermediate football championships has thrown up some mouthwatering pairings. It was an historic evening for Clare GAA, as a first ever county board meeting was held at the board’s new centre of excellence at Caherlohan on Tuesday, with the championship draws taking centre stage. Senior hurling champions Sixmilebridge will face Crusheen in the first round and this is a repeat of last season’s semi-final. Clonlara and Kilmaley needed a replay to settle their semi-final clash last year when Clonlara won and they will also meet in a first round this year. Newly promoted Wolfe Tones will face their neighbours Newmarket, while Cratloe must face Feakle in their first round. Football champions Miltown St Joseph’s will take on Wolfe Tones in their opening game in defence of the Jack Daly Cup. Éire Óg and Kilmurry-Ibrickane will clash in the first round, while last year’s beaten finalists Cooraclare will … 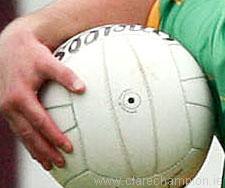 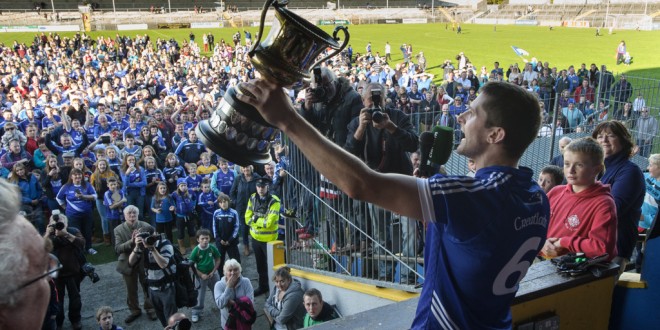 Ennistymon face Kilmurry-Ib in round 2

August 17, 2015 Comments Off on Ennistymon face Kilmurry-Ib in round 2

Fears that champions Cratloe would be drawn against Kilmurry-Ibrickane in round 3 of the senior football championship weren’t realised when the draw was made at GAA headquarters in Clareabbey on Monday evening. A repeat of three first round games was possible when club representatives attended a meeting of the CCC where the draws took place. At the outset it was confirmed that there was no stipulation preventing repeat pairings. Title holders Cratloe, surprisingly beaten by Cooraclare on Sunday evening, were first out and they will face St. Senans Kilkee on Sunday week. Kilmurry-Ibrickane were drawn to play Ennistymon is what is already being billed as the tie of the round. The maroon and white  colours will be evident when St Josephs Doora-Barefield face St. Breckans as both wear these colours. Lissycasey, another club whose colours are maroon and white who are  fresh from their merited, if surprise, win over Eire Og will take on O’Currys on Saturday week in Cooraclare. The …