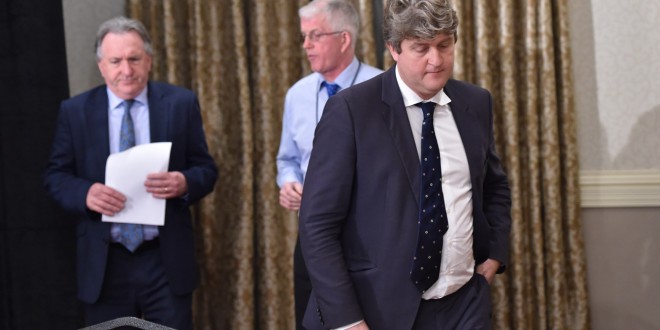 February 28, 2016 Comments Off on McNamara out after examination of McDonagh votes

AFTER Michael McDonagh’s votes were examined it became clear there was no need for a further recount, an exhausted Michael McNamara acknowledged this morning, as he exited the race. The gap of 85 was reduced to 81, but it wasn’t enough and a haggard looking McNamara admitted recent weeks have taken a toll on him. “I’ve been exhausted for about two weeks now. It’s hard, people who haven’t been in an election campaign mightn’t realise quite how hard it can be, physically demanding. But I’m not unique in that, no doubt there are 15 other candidates who are equally exhausted.” Reflecting on his five years in the Dáil, the Scariff man said, “I personally think the country is in a better place than it was in 2011. Not as good as I’d like but much better than it was. I’ll take pride in the fact that I supported a Government that left the country in a better place and also …

DÁIL Éireann has voted by 66 votes to 44 to suspend Clare Labour TD Michael McNamara after he was involved in a heated row with Ceann Comhairle Sean Barrett this morning (Wednesday). He has been since suspended for three days. Deputy McNamara was stringently objecting to what he calls the “guillotining” of Dáil bills where they are rushed through without “meaningful debate.” The bill under discussion was the International Protection Bill. Deputy McNamara says that the bill only recognises what he calls “nuclear families,” so that when refugee families come to Ireland, only a husband, spouse or civil partner and their mutual children, will be recognised. Children from other relationships or dependent adults will not be recognised under the legislation that is very likely be passed in Dáil Éireann this afternoon. Deputy McNamara says that he is unlikely to lose the Labour Party whip, for the second time this year but says that he is not certain of this.

October 14, 2015 Comments Off on Lack of railway station ramp ‘unacceptable’

The lack of any plan by the National Transport Authority (NTA) and Iarnrod Eireann to provide a suitable lift or ramp to platform two at Ennis Railway Station for people with disabilities has been described as unacceptable. A replacement bridge was constructed to “modern standards” after the original access bridge was deemed to be in poor condition by the NTA, however no permanent accessibility access for people with disabilities was included in the build, Clare TD Michael McNamara has noted. “I am disappointed to now learn from the Minister for Transport that despite the bridge being designed to accommodate a lift or ramp in the future, there is no immediate plans to do so. This is unacceptable, as is assurances from Iranrod Eireann that a member of staff is made available to safely deploy a wheelchair ramp at the station in Ennis once advanced notice is provided” said Deputy McNamara. “Why must people with disabilities be forced to give notice …

McNamara back in the fold

September 17, 2015 Comments Off on McNamara back in the fold

Clare TD Michael McNamara has been readmitted to the Parliamentary Labour Party. “I will be informing Labour TDs and Senators of this development at the next meeting of the Parliamentary Party,” Deputy Emmet Stagg said in marking the formal announcement. Deputy McNamara said, “Labour has a huge amount of work to do in the coming months, and in the run-up to the election and I want to play a full part in that work. I will be making it my priority to seek to reform Dáil procedures to ensure that it reflects the priorities of those who vote at elections. “I am proud of the record of this Government and, in particular, I am proud of the role that Labour has played in this. This government, with Labour at its heart, has turned the economy around. We are now creating 1,300 jobs a week, and we have created fiscal space of some €1.5b for Budget 2016.

May 28, 2015 Comments Off on McNamara to exit Labour Parliamentary Party

Clare Labour TD, Michael McNamara will not support a Government motion in the Dáil this afternoon to sell the State’s 25.1% stake in Aer Lingus to IAG. Deputy McNamara’s refusal to support the government in the vote will lead to automatic expulsion from Labour’s parliamentary party. Suggesting in the Dáil today (Thursday) the IAG takeover is “a gamble he’s not prepared to support” he added, “Shannon’s current business level is no guarantee that services would not be cut in the future”. “I’m not prepared to gamble with what I believe is key to the economic development of this state, all of this state. I don’t have confidence in these guarantees at the moment as they stand. On that basis Minister [Donohoe], I regret that I will not be able to support you in this afternoon’s motion,” Deputy McNamara stated. 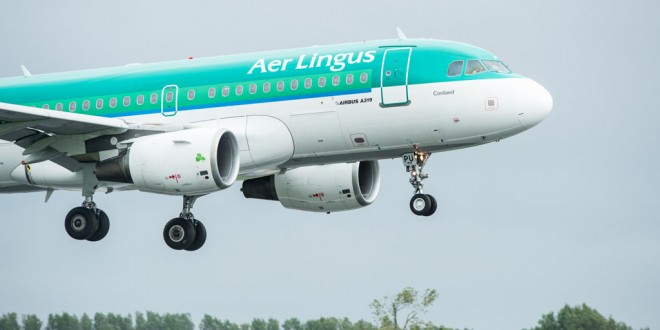 CLARE TD Michael McNamara has spoken publicly for the first time about the death of his father, Paddy, in a farm accident in 1999. The Scariff man was speaking in the context a farm safety competition, which he has invited Clare primary schools to participate in. A dry stock farmer himself, the Labour TD said the fatal accident had a profound effect on him and his family. “It was an awful shock. Like every other family this has happened to, you always think it will happen to someone else. He was caught between a transport box and a tractor. He was very well known in farming circles here in Clare,” Deputy McNamara said. According to the most recent Health Safety Authority (HSA) figures, since 2010, seven people have died in farm accidents in the county, which includes two deaths last year. The HSA say the most vulnerable groups on any farm are children under the age of 18 and those …

Labour TD for Clare, Michael McNamara may not face automatic expulsion from the Parliamentary Party after voting against the Government. Deputy McNamara put forward a bill, not supported by the Government, to give effective trade union recognition to the Garda representative associations and remove a ban on them striking. The Clare TD voted against the Government coalition but Labour sources say he will not face the normal automatic rule of expulsion or lose the Government whip because it was his own piece of legislation. Deputy McNamara, however, still believes the issue will have to be tackled. “I’m disappointed that the relevant line ministers didn’t accept the legislation – I’m disappointed, but no more than that,” he said following the vote. “If you cannot introduce a piece of legislation, then what is the point of being here? I introduced a piece of legislation which I believe is necessary – it brought about changes which Ireland will have to introduce, both [in] …