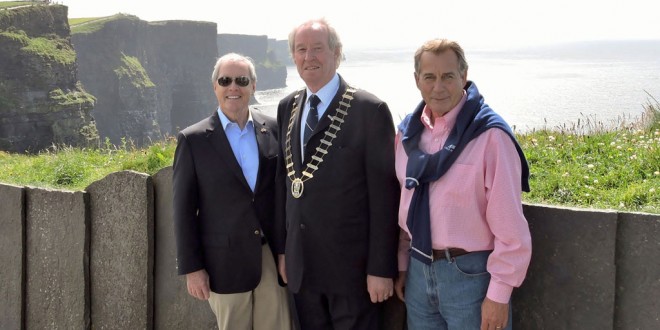 July 6, 2015 Comments Off on US politicians visit Cliffs

US Ambassador to Ireland, Kevin O’Malley; Cathaoirleach, Clare County Council, James Breen and John Boehner, Speaker of the US House of Representatives at the Cliffs of Moher. A delegation from the US House of Representatives visited the Cliffs of Moher Visitor Experience on July 4, US Independence Day. The delegation was led by John Boehner, Speaker of the House and was welcomed to the Cliffs by Cathaoirleach of Clare County Council, James Breen. As Speaker of the House, Boehner follows the Vice President in line to the Presidency of the United States in accordance with the Presidential Succession Act. The visiting party included Rep. Mike Kelly (R-PA), Rep. Dan Lipinski (D-IL), Rep. John Shimkus (R-IL), Rep. Mike Simpson (R-ID), Rep. Ann Wagner (R-MO), and Rep. Greg Walden (R-OR). They were accompanied by the US Ambassador to Ireland, Kevin O’Malley. 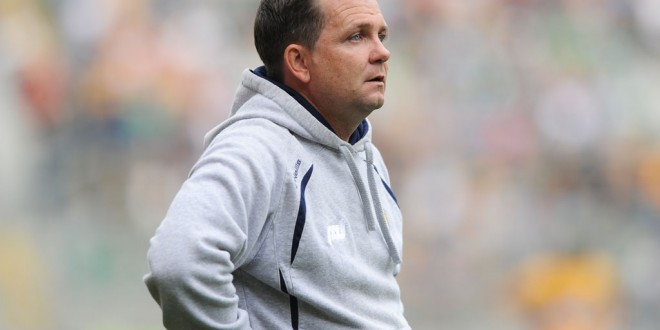 June 22, 2015 Comments Off on A Cusack Park double header for Clare

Clare will have home advantage in their first outings in the All-Ireland  hurling and football qualifiers and the games are expected to form a double header at Cusack Park in Ennis on Saturday week, July 4. The hurlers will take on Offaly, while the footballers will also face Leinster opposition, having been drawn against Longford. Following their disappointing loss to Limerick in the Munster championship quarter final some weeks ago, the Clare hurlers will be fancied to return to winning ways against an Offaly side that suffered a shock loss to Laois in the Leinster championship. The footballers also disappointed in their Munster semi-final date with Cork last week. They will be hoping to have at least some of the players who missed that game due to injury back in the side for the visit of Longford, who defeated Carlow in a first round qualifier tie on Saturday last. Confirmation of the times of these fixtures will be available following …