February 23, 2014 Comments Off on Fatal accident in Ennis

GARDAÍ are investigating a fatal road traffic collision which occurred on Francis Street, Ennis, this Sunday afternoon  at approximately 1.40pm. A female, 74 years, was fatally injured when she was struck by a car. The deceased was pronounced dead at scene and was brought to Limerick Regional Hospital. The road was closed at scene to facilitate Garda Forensic Collision Investigators and diversions were put in place. Gardaí are appealing for witnesses to contact them at Ennis Garda Station on 065 6848100, The Garda Confidential Line 1800 666 111 or any Garda Station. 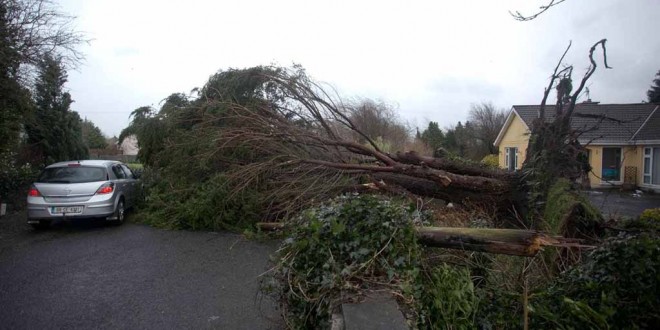 February 12, 2014 Comments Off on Storm puts pressure on emergency services

CLARE County Council, An Garda Siochána, the Fire Service and Clare Civil Defence are responding to more than 150 separate weather related incidents around the county. Several thousand homes in areas right across the county are without electricity. An emergency number – 1890 252 943 – has been established for members of the public to report fallen trees, blocked roads and flooding. This number will be operational until 7.30pm. The south-east of the county is one of the worst affected areas, particularly in Killaloe and around Sixmilebridge, with fallen trees reported on most routes. The north and west of the county have also been badly affected. Clare County Council says it expects storm conditions to abate later this evening but it is urging members of the public to avoid making any unnecessary journeys due to storm debris and traffic lights out of operation on the county’s roads. 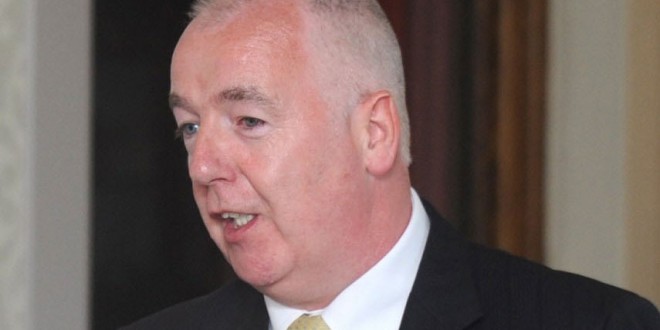 February 8, 2014 Comments Off on Spike in catalytic converter thefts

GARDAÍ in the county have noted a sizable spike in the theft of catalytic converters from cars, with five stolen at different locations in one day alone. Catalytic converters are a part on the exhaust system which helps reduce the pollutants in emissions. To have this item replaced costs in the region of €1,500 and gardaí are advising the public to take precautions where possible. Speaking to The Clare Champion, Clare Crime Prevention Officer Sergeant Joe Downey said, “There is an increase in these thefts and people need to be more alert. There were five catalytic converters stolen this past Tuesday, three in Shannon and two in Ennis”. He explained to steal these parts, the thief crawls under the vehicle and simply cuts it out. It only takes approximately two minutes. Sergeant Downey said those who have fallen victim to this crime will know, as when they start their car the exhaust system will be must noisier. “They cost €1,500 … 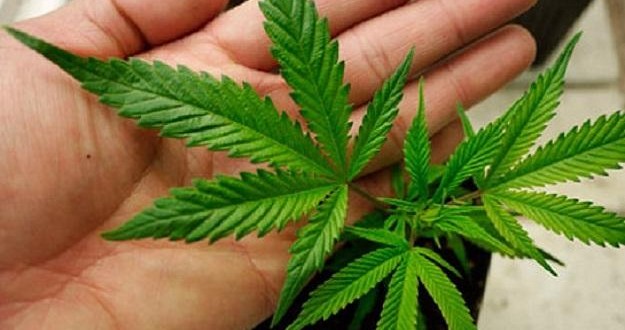 February 2, 2014 Comments Off on Rental properties used for cannabis growhouses

By CAROL BYRNE GARDAÍ are appealing to landlords to frequently check their properties arising from the discovery of six cannabis growhouses, all located in rental properties in County Clare in the past three weeks. The warning comes after gardaí uncovered a sixth grow house in County Clare last Thursday, where cannabis plants with an estimated street value of up to €144,000 were found in Mullagh. This latest haul brings the total drugs seized in the county to €1.43 million. The seizure was made as part of an ongoing operation targeting the cultivation, possession and sale of cannabis in the county. “Because of recent discoveries of cannabis growhouses in the county we are asking all those who have rented properties to check them and ensure all is in order and if they have any suspicions to contact the Gardaí immediately,” Superintendent Derek Smart of Ennis Garda Station said. He said “in the vast majority” of grow house cases the operations … 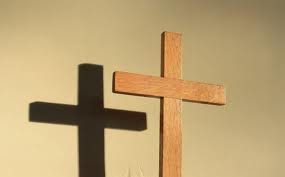 GARDA investigations are ongoing in respect of the discovery of the  body of Mr Tony McIlroy in Ballynacally on Saturday morning last. The body of 61 year-old, Mr McIlroy, from Kilmaley, was found  close to the community centre. A post mortem examination was carried out on Saturday and determined Mr McElroy died from natural causes. While gardaí have ruled out foul play and are treating the matter as a sudden death,  they continue to investigate the wider movements of Mr McElroy leading up to his death in order to prepare a file for the county coroner. Mr McIlroy’s funeral mass took place on Tuesday morning in Kilmaley Church, with burial afterwards at Mount Temple Cemetery, Kilmaley.

A SEIZURE of 240 cannabis plants in East Clare on Wednesday brought the approximate street value of plants found in separate garda searches around the county to €1.29 million in the past week. Gardaí seized 240 cannabis plants with an approximate street value of €190,000 at a house in Faha, Cahir at 2.30pm on Wednesday. The seizure was made as a part of an ongoing operation into the sale and supply of illegal drugs in the Clare area by the Clare Divisional Drugs Unit. There were no arrests as part of the search. The scene was being preserved for technical examination on Wednesday evening. Last Wednesday as part of an operation targeting the cultivation of cannabis, gardaí from Kilrish Garda Station searched a house at Breaffa, Carraigaholt, and discovered 600 plants growing and evidence of in excess of 500 harvested plants. The drugs seized were estimated to have a street value of almost €500,000. On Monday morning, gardaí searched a …

GARDAÍ in Ennis are investigating after shots were  fired at an occupied house in Ennis on the morning of New Year’s Day. A firearm was discharged at Childers Road, Cloughleigh at approximately 5am. It is understood that although the house was occupied at the time no persons were injured during the incident. A man, aged 46, was arrested in connection with the garda investigation and was detained at Ennis Garda Station under the provisions of Section 30 of the Offences Against the State Act, 1939 to 1998. He has since been released without charge and a file is being prepared for the Director of Public Prosecutions. Investigations are ongoing and anyone who can assist the gardaí with their enquiries is asked to contact them on 065-6848100.