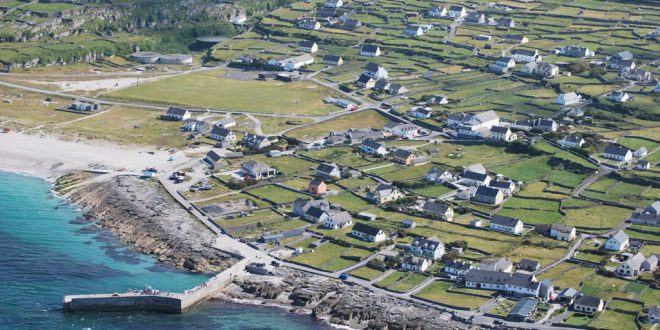 A faster trip from Doolin to Inis Oírr

February 5, 2017 Comments Off on A faster trip from Doolin to Inis Oírr

Tourists visiting the Aran Islands will have their journey time cut by more than half from April, as Doolin Ferry Company has announced that it is to launch a new boat, reducing the journey time from Doolin to Inis Oírr from 35 minutes to 15 minutes. The €2 million investment comes on the back of the redevelopment of Doolin Pier and is expected to generate up to 10 seasonal jobs at the ferry company. Liam O’Brien, who is the son of Bill O’Brien, the director of Doolin Ferry Company, said the new 200-passenger ferry, which will be called the Doolin Express, will be in place from April, offering the fastest crossing time to the Aran Islands. “It’s a new boat and we soft-launched it at the Holiday World Show this week. It will take 200 passengers and you will get to Inis Oírr in 15 minutes. It has an electronic stabilising system to counteract the waves and it is the …

November 24, 2016 Comments Off on Garda alert for missing person

Gardaí in Ennistymon are seeking the public’s assistance in tracing the whereabouts of Maria Hennigar, missing from Doolin since early November. Aged 35, Maria is described as 5’7″, brown hair, blue/green eyes and of medium build. She was last seen at Doonmacphelim, Doolin. She was reported missing on November 22 by a concerned neighbour. Anyone who may have seen Maria or may know of her whereabouts is asked to contact Ennistymon Garda station on 065 7072180, the Garda Confidential Line on 1800 666 111 or any Garda station. 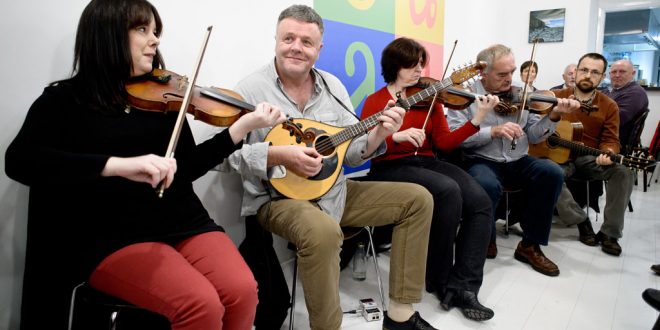 Eoin Shares his passion for music

August 13, 2016 Comments Off on Eoin Shares his passion for music

PASSIONATE about playing himself and bringing the music of others into the public domain, Eoin O’Neill is a big part of the scene in Clare. “I arrived in Doolin on December 28, 1979. I thought I was coming for an afternoon and I’m still here,” he says of his arrival in this county. That wasn’t far off 40 years ago and he has been playing here since, while he also hosts shows on local radio. “I’m more passionate than ever. I’m lucky in that I have a couple of shows on Clare FM and that allows me to feature the local musicians, especially the local ones that should be featured and aren’t featured enough. I’m allowed to play whatever I want and I appreciate that so much.” A bazouki player, he has a few new albums coming out. “At the moment, I have two albums completed and ready for release. One is with a band I play with, The Fiddle … 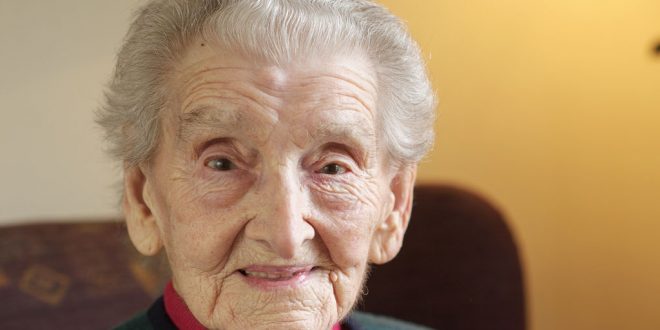 July 21, 2016 Comments Off on Death of Ireland’s oldest person

Ireland’s oldest person has passed away in her 109th year. Nora Canavan, née Mullins, was born in Monreel, Ennistymon on March 9, 1908 but lived most of her live at St Catherine’s, Doolin. She became the oldest person in Ireland earlier this year following the death of 109-year-old Mayo woman Molly Madden. Nora has been described as a family woman who liked crochet and gardening. She also enjoyed traditional music, had a strong faith, and said that hard work was the secret of a long life. Her life was documented by Cuimhneamh an Chláir, the Clare oral history and folklore group. Pre-deceased by her husband Stephen, who she married in 1920, the couple had seven children. She is survived by a wide circle of friends and family, including great-great grandchildren. Her remains will repose at her residence in Doolin this Thursday evening, arriving in Doolin Church for funeral mass at 12 noon on Friday. Burial is to the Holy Rosary Cemetery, Doolin.

July 20, 2016 Comments Off on Tourists injured in North Clare crash

Two German tourists were removed to hospital following a two-vehicle collision in North Clare. The men had been travelling along a narrow country road at Toornahooan, a short distance from Doolin, when the accident occurred. Two units of the fire brigade from Ennistymon along with ambulances from Ennistymon and Ennis responded to the incident along with gardaí. Members of the Doolin unit of the Irish Coast Guard were also requested to assist. The two male occupants of the rental car were injured in the collision while the driver of the second vehicle was unhurt. The injured were taken by ambulance to University Hospital Limerick for treatment.

June 1, 2016 Comments Off on Fatal accident at Doolin

Gardaí in Ennistymon are investigating a fatal road traffic collision which occurred yesterday afternoon (Wednesday). The collision beetween a car and a motorcycle occurred at approximately 4.45pm at Doonagore, Doolin on the R47. The scene of the collision is 8km outside Doolin and the road is locally known as the Coast Road. The front seat passenger of the car, a 35-year-old man, was seriously injured and pronounced dead at the scene. His body was taken to the morgue in Limerick. The male driver and a female passenge, both in their mid 30s, were also injured in the collision and taken to Galway University Hospital and Limerick Hospitals. Their injuries are described as non life threatening. The motorcyclist was seriously injured and is being treated at Limerick Hospital. Gardaí are appealing for witnesses to contact them in Ennistymon on 065 7072180, the Garda Confidential line on 1800 666 111 or any garda station. 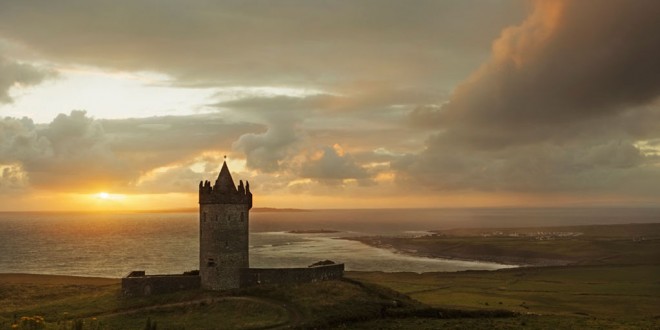 A Clare castle has featured in a prize-winning photograph in a national competition. Brendan Cullen’s picture of Doonagore Castle, near Doolin, won him third place in the Heritage Section of Clean Coasts’ Love Your Coast Photography Awards, which were held in Dublin. Speaking at the ceremony, a spokesperson said, “Ireland is fortunate to have some of the most beautiful coastal scenery in the world. This competition encourages people to look anew at the beaches and coastal landscapes we sometimes take for granted. The overall mission of the Clean Coasts programme is to celebrate and preserve Ireland’s spectacular coast and this competition is central to that effort, as it gives people a chance to show their local coastline at its best.” A gallery of the winning photographs can be viewed online. 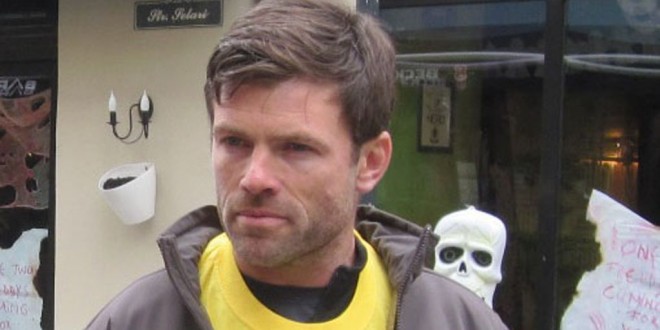 August 21, 2015 Comments Off on Legg savours his Clare visit

Famous travel and adventure show, The Road Less Travelled, stopped off in Clare this week as they toured Ireland. Presented by explorer and adventurer, Jonathan Legg and broadcast to an audience of up to six million, the show travelled the country, as the presenter and crew filmed an episode for their upcoming fourth season. The team followed a route, drawn up by Fáilte Ireland, to showcase Irish food and drink, along with some new and unusual experiences on offer across the country. In Clare, the crew took in Doolin, Ennistymon and visited the Cliffs of Moher. Describing their experience in Ireland, Jonathan said,”The food in Ireland was a highlight. Once you put a forkful in your mouth it immediately impresses.After speaking with some of the country’s top chefs I understand why. Irish chefs are taking real pride in locally sourcing their food and the quality of the ingredients comes directly from the quality of the land on which it was …