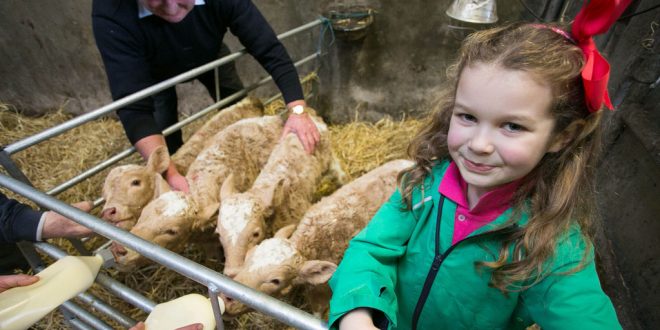 February 24, 2017 Comments Off on Four surprises on Lahinch farm

Well-known North Clare farmer, Tom Clair, certainly had his hands full after checking to see his cow calving on his farm at Maghrea, Lahinch this week. “I checked her at 1.30am on Sunday and nothing was happening but when I returned at lunch-time on Sunday, I could not believe my eyes. She had two calves standing in front of her, there was one behind and, to my amazement, a fourth had made its way out of the building.” The mother is a Hereford cross and the four healthy charolais heifer calves are identical in weight and colour and are by a pure-bred Devon Cottage charolais bull. Tom has named them Rosie, Fluffy, Mia and Jennie. “I will keep them on the farm until they die,” he said. It is believed that the odds of a cow having quadruplets with all calves born alive are 11.2 million to one. 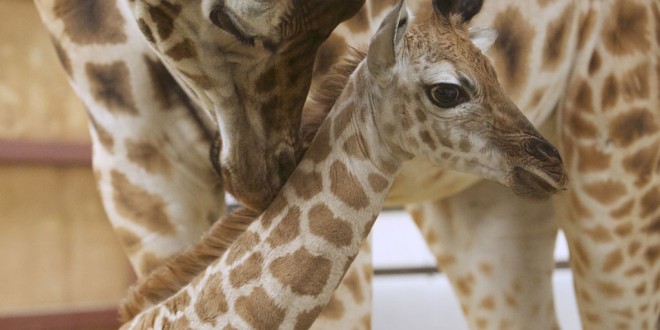 March 28, 2014 Comments Off on Think of Irish names to suit giraffes

FOTA Wildlife Park in Cork have just unveiled their latest arrivals, the yet to be named, 5ft tall male and female giraffes born at the end of January. The first born was the female calf on January 25 to mother, Bláithín and father, Walder.Two days later, a male calf was born to mother, Sapphire and father Tadhg. They now become the youngest of a herd of Rothschild giraffe at Fota, which are one of nine races of giraffe found in Africa. To celebrate the births Fota Wildlife Park has set up a competition inviting the public and schools to come up with an Irish name for the calves, which has become a tradition The competition to name the giraffe calves is open to everyone via the education section on Fotawildlife.ie. The winning name suggestion by a class will result in a class tour behind the scenes at the park, including some of the giraffes inside their house.