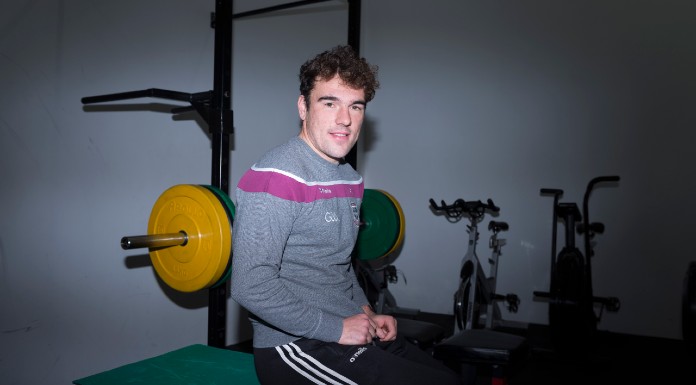 2019 is a summer that St Breckan’s captain Alan Sweeney is not likely to forget for some time to come.

The same could be said for anyone with a sporting inclination in North Clare with St Breckan’s claiming intermediate football honours while Michael Cusack’s finally broke their final hoodoo by clinching the junior title.

All that happened after what was arguably the most significant sporting event to ever hit the county as Lahinch Golf Club played host to the 2019 Irish Open. For Sweeney, it was a monumental moment for him and the rest of the green-keeping crew in Lahinch as they worked tirelessly to ensure the famed links was in pristine condition for the world’s top golfing stars to take on. There was plenty to juggle as his commitments to the course and to the Clare senior football panel meant a hectic time was in store. It also meant that on the Sunday of the Irish Open, he was rushed from Lahinch to Portlaoise for the footballer’s qualifier clash with Meath, after early morning duties for the final day of action at the Irish Open.

“It was an exciting summer and there is a great bunch of lads working in Lahinch. They have been very good to me in swapping weekends for the last six months so I only have good things to say about them. It was an interesting week during the Irish Open to say the least. I was juggling between Colm Collins and Brian McDonagh, the head green-keeper. I was up at 3.30am every morning along with the rest of the lads at Lahinch and my job was cutting tees for the Irish Open. That was done by 8am and we were back then in the evening from 5pm to 10pm and that went on for the week but it was absolutely fantastic” he said.

So what about his own golfing skills?

“I have never held a club in my life” he laughs. “I went down for a summer job two years ago and I was lucky enough that I got on well with them and they asked me to stay on for the winter and there was a huge amount of work being done to the course at the time for the Irish Open. We got through that winter and I was asked to stay on which I was delighted about” he noted.

Another historic occasion awaits as St Breckan’s prepare to finish the decade as they started it, which was in a Munster intermediate club final. The captain acknowledged that everyone is looking forward to another huge day out.

“It is going to be a massive day for the club and all roads will be leading to Mallow for one last big push to hopefully get the silverware. We know we are up against a massive opponent but we are hoping to get our game right, focus on ourselves and focus on what we can control and see where it takes us. Going back to this time last year we were in a bad place and we had no manager or anything like that. We have really turned it out and the credit has to go to all the lads who have trained since last January. There are 33 lads there and every one of them gave it everything so I think it is no more than they deserve to have that big day out” he said.

The turnaround in fortunes has been overseen by club stalwart Donie Garrihy and the rest of his management team, and Sweeney outlined how his impact was immediate once he took the job.

He said: “We all met upstairs in the clubhouse that first night and he asked us to give the commitment. He had watched the training over a few nights and there were lads coming and going and not really putting sessions back to back. He wanted an honest effort and everyone to be there every night and see where that would take us. He said if we didn’t win an intermediate title, then fair enough, but he wanted us to give everything to try and achieve that. He was going to do his best to make sure that we could try to win the championship. We played Clondegad in the Cusack Cup in our first game with him and it was a draw, 0-4 each. He text me the next day and said Alan, the rot is over. After that text, I realised he was right. We were after losing five in a row to get relegated and it showed how far we had come in the fact that we had dug out the draw in a Cusack Cup game. It has been game by game since then and thankfully we are where we are now, in a Munster final. All we have looked at all year is on taking little steps and not getting carried away. It is tough on the lads that are with the U-21’s and they are maybe starting to feel the long year now but everyone has been great”.

With the end of the year now in sight, hopes will be high that the season will extend beyond Sunday’s game. It has already been a positive 2019 for St Breckan’s, and Sweeney feels they are well positioned to build on the progress made.

“We said at the start of the year that if we had any real hopes of winning a championship, we had to stay up in the Cusack Cup. We started off with that draw and went down to Lissycasey and got the win by a point on a day when four of the lads had been playing the U-21 hurling final in Cusack Park. Donie had icebaths ready for them after coming out from that game, and they were straight to Lissycasey for the Cusack Cup game then. If you want to compete in Clare football, everyone knows you have to be playing in the Cusack Cup and thankfully we managed to stay up there which was a really positive start to the year. It is about getting your house in order and that is the message Donie got across. We had two different managers last year and no one really knew what was going on. We set our plan for this year in early January and worked on that. It all goes back to the lads on the executive here too with the likes of Kenneth Flanagan and Sean McNamara too. Everyone has been fantastic and that showed on the day of the intermediate final. We had no worries about off-field stuff because they had it all sorted. They told us whatever ye need, we will get and just concentrate on getting results on the field and thankfully things went our way. The effort put in for the Munster semi-final here was massive and we have a great community. Everyone rows in together and it amazing how football can bring people together. There were people here that day that had never really been around football before. They were coming up to us after saying how much it meant to them so hopefully we can get that kind of support again now on Sunday” he concluded.