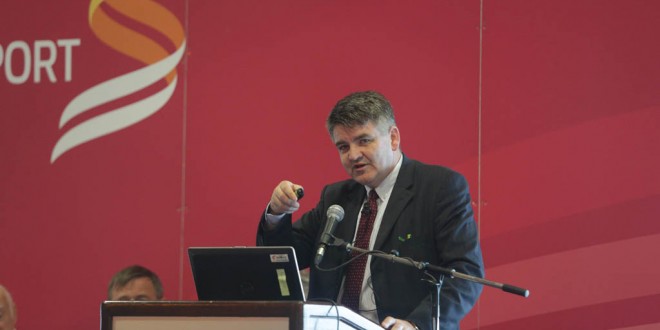 Neil Pakey is leaving Shannon Group next summer, after its board opted not to renew his contract and Shannon Chamber has expressed disappointment at the Scot’s departure.

Chamber president Kevin Thompstone said, “Neil has not just seen the connection between the airport and the region but made and reinforced that connection. He has contributed and delivered many innovative undertakings, which have benefited the airport, the region at large and the entire western seaboard.”

Mr Thompstone, who served as chief executive of Shannon Development for eight years, added, “He has a track record of delivering for Shannon and the region. Shannon’s loss of this experience will be somewhere else’s gain.”

December was a month of ups and downs for Mr Pakey, as days before it was announced that he would not have his contract renewed at Shannon, he received a Limerick person of the month award.

Councillor PJ Ryan, cathaoirleach of the Shannon Municipal District, said he too was very surprised by the decision not to extend Mr Pakey’s contract.

“He seemed to be going very well and everybody had great praise for him, so I was surprised that the board voted not to renew his contract. It looked like he needed a second term to bring things to fruition. He was at Liverpool for eight years and he turned the numbers around massively there.

“I was very surprised that the board voted not to renew it; it seems very strange when everyone was praising how well he was doing,” he commented.

Councillor Ryan said he had been quite impressed by Mr Pakey’s energy.

“I was in America with him last March and he left no stone unturned while he was there to try and drum up business for Shannon. He called to every airline he could make contact with.

“In my position as chairman of the Shannon Municipal District I met him a few times socially and he was always talking about new ideas and new business.”

Chief executive of Clare County Council Tom Coughlan sits on the board of Shannon Group and Councillor Ryan said he was surprised that Mr Coughlan had not communicated with the elected members of the council regarding the decision.