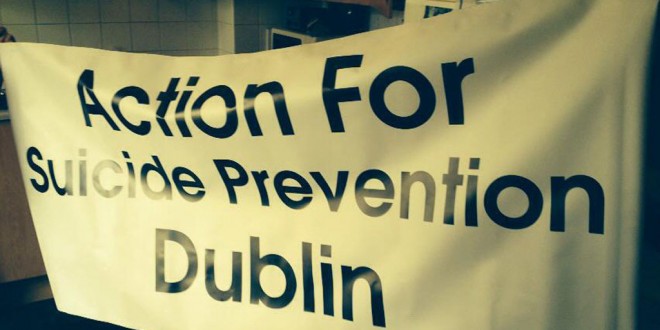 A call has been made for countrywide support for a march for suicide prevention and mental health awareness that is taking place in Dublin this Saturday.
Organised by Action for Suicide Prevention, the march will set out at 2pm from the Garden of Remembrance and finish at Dáil Eireann where there will be various speakers and musicians.
Action for Suicide Prevention was set up to put a spotlight firmly back on the lack of support and funding to the mental health services in Ireland.
Spear headed by two young men, Luke Clerkin (23) from Tallaght and Jamie Harrington (16) from Ballymun, the group’s aim is to highlight the Government’s lack of support to the mental health services in Ireland and to also let people suffering in silence know that they are not alone!
Saturday’s event is their one year anniversary march for suicide prevention and mental health awareness. They want Government funding for Teen-Line Ireland to be restored, and for the introduction of 24 hour crisis care in communities, for those in need of severe mental health support.
The group invite anybody who has been affected by suicide to also join them in their campaign and they encourage those who have lost someone to suicide to bring a picture along in their memory.
For further information visit https://www.facebook.com/ASPDublin or contact: ASPDUBLIN@gmail.com.