Gardaí believe the sub machine gun that was seized from lands at Killmurray on Friday was used to fire shots at houses in Clarecastle earlier last month and late last year.

On Friday Clare gardaí discovered drugs with an estimated street value of €125,000 and a sub-machine gun and ammunition at a property and lands in Kilmurray, Sixmilebridge .

This week, gardaí say they believe the gun was used to fire shots at a house in St Joseph’s Terrace in Clarecastle on August 12 last, and on November 3, 2017 at Clarehill Clarecastle. 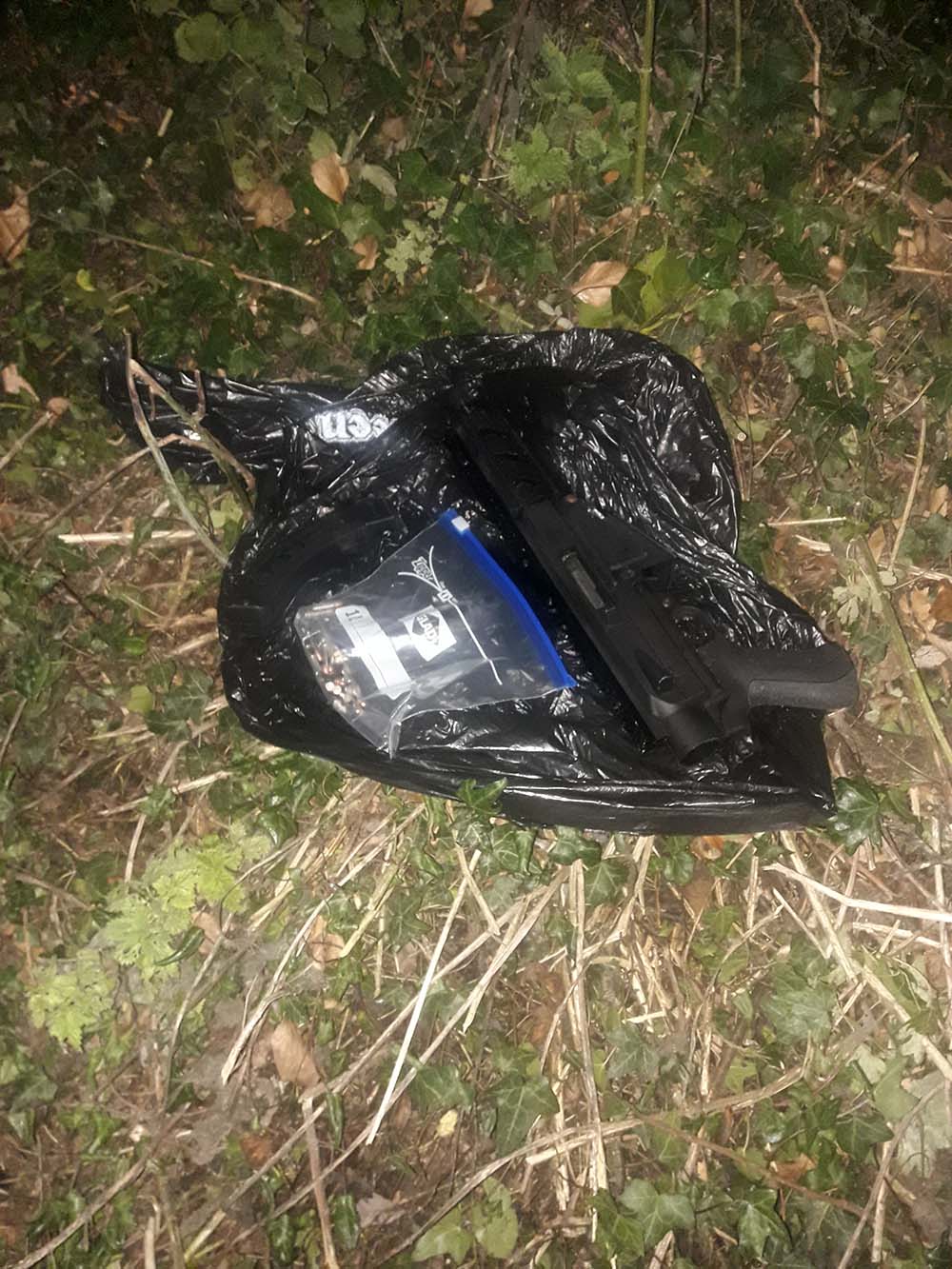 The operation is on-going  but it is understood gardaí are “making good progress”.

Anyone with information can contact Ennis Garda Station on 065-6848100.

Carol Byrne is a reporter at The Clare Champion newspaper reporting on news in the East Clare area and the arts. She also covers the courts in County Clare and has received seven national awards for this coverage from the Law Society of Ireland and a National Lottery Local Ireland national media award for Best Community Story 2019. A Masters in Journalism graduate of NUI Galway, she also holds a Bachelor of Arts from the University of Limerick in Music and Media Studies, and a Higher Diploma in Irish Legal Studies. She began her career interning at The Limerick Leader and Clare FM, before taking up a full time post at The Clare Champion in 2006.
@@Carlsburn
Previous Drugs Seized in Miltown Malbay
Next President Trump likely to visit Doonbeg in November