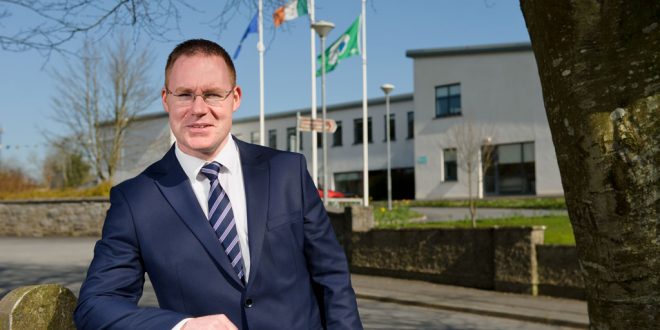 THE newly-appointed principal of St John Bosco Community College in Kildysart has revealed that students and parents have cited the provision of a hurling team at second level as a critical factor when deciding what school to attend.

There are currently 210 students attending the Shannonside school.

Denis O’Rourke, formerly an assistant principal at Ennis Community College, made his comments during an interview with The Clare Champion.

“I went through our first year intake for next year. I rang the parents that have not come back with fees, which more or less means they are not coming. Out of the eight that I rang, seven of them mentioned sport as a factor. It’s all down to the Harty Cup.

“Academically, you need your education but I do believe that sport should be a strong part of school,” Mr O’Rourke said.

“One thing we are lacking here is hurling. I went out to the primary schools for the second time last week and I gave them a powerpoint presentation. The kids were asking, ‘have ye a hurling team?’ I did say that hurling is something we need to push. We have two teachers ready and willing to take it on,” Mr O’Rourke pointed out.

He also noted that high sporting achievers tend to excel in other fields.

“It’s very rare that you would have the very high achiever not involved in something else. You need that and if you are good socially, you’ll be a higher achiever. It all helps. I do recognise that sport is an area that needs to be worked on here. It’s my intention that we will,” the new school principal vowed.