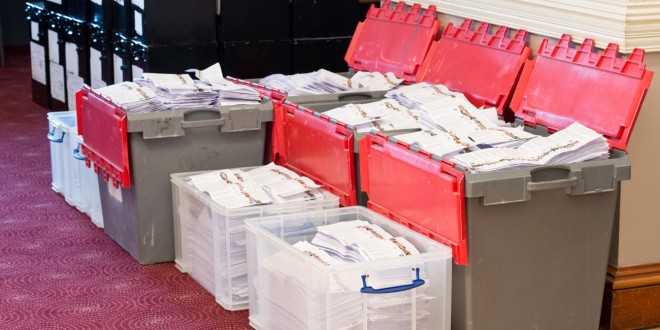 AS Ireland takes to the polls today to decide the next government, Storm Ciara is making her presence felt on the West Coast of the country.

As Ciara moves across Ireland she is expected to bring with her heavy rain, high winds and risks of coastal flooding.

Weather warnings have been upgraded in severity in the last hour, and a nationwide Status Orange warning has been announced from 5am tomorrow morning.

A yellow weather warning is currently in place from midday today and nationally, voter turnout is reported to be quite high in the morning, as the electorate look to cast their votes and return home before the full force of Ciara is felt later today.

The Clare Champion staff will be braving the elements today to keep Clare informed on voter turnout in various polling stations as well as engaging voters on #GE2020.

Don’t forget The Clare Champion will be live-streaming the election results from 11am tomorrow from the Falls Hotel in Ennistymon as well as maintaining a live blog and active social media presence to keep Clare informed.