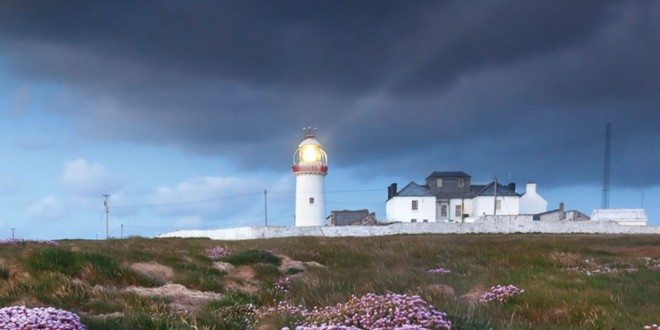 STAR Wars is in Clare this week, with filming of Episode VIII taking place at Loop Head.

It is sure to attract huge interest from fans of the franchise and Loop Head Lighthouse has been closed to facilitate it, while an effective no-fly zone has been established.

Ger Dollard, Interim Chief Executive of Clare County Council said,”The choosing of the Loop Head Peninsula as a filming location for such a large production highlights its status as an international destination as well as its growing reputation for fantastic scenery.  Loop Head’s inclusion in this film production builds on the work done by the local community and Loop Head Tourism in promoting the area and creating a unique tourism product built around responsible and sustainable tourism.”

He added, “”Clare County Council will close Loop Head Lighthouse, one of the Great Lighthouses of Ireland and one of two Signature Discovery Points in County Clare along the route of the Wild Atlantic Way, from Tuesday May 17 to Thursday May 19 for practical, safety and operational reasons due to the anticipated increased activity in the area and consequent traffic issues.

“No permits have been granted as the filming is not taking place on public property. However, the film production company has engaged experts to manage all aspects of the operation to ensure no environmental impact from the three days of filming.”

The Irish Aviation Authority announced a Temporary Restricted Area (TRA) around Loop Head between 7am on May 17 and 8pm on May 19. It also warned that drones are not permitted. “No drone operating privately or under Aerial Works Permission may operate within the TRA without written permission from the Flight Operations Authority and Event Organisers,” it stated.