Home » Sports » Stack looks back with pride and regret 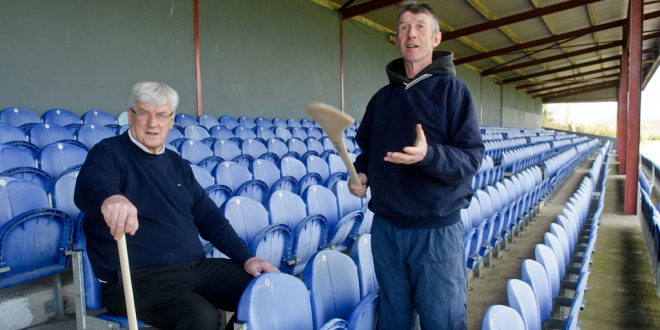 Stack looks back with pride and regret

IT’S 38 years since Seán Stack captained Clare to their last national league title but when he presses the refresh button on the bank of memories, tales flow effortlessly.

Most of them are of great times, games and life-long friends but an obstinate regret lingers that Clare failed to deliver a Munster title. The absence of a Munster medal irks Stack and always will. His eyes cannot conceal the hurt. Clare played in three league finals in the mid to late 1970s, losing in ’76 to Kilkenny and beating them in ’77 and ’78. They lost three successive provincial finals in that era.

“Frightening isn’t it?” Stack said of the speed with which the years have piled up since. “Would you believe I can still feel the sense in the dressing room, the atmosphere in the camp and the build up to the league finals.”

As if they togged together last Sunday, Stack can clearly recall who did what in the dressing room.

“Mick Moroney would be talking about buying and selling cattle. Seán Hehir would be meditating in the corner. Enda O’Connor would be on the table with Colum Flynn as usual and John Callinan would be bound to be giving out to someone, telling us how to do this or how to do that. Case (Noel Casey) would say ‘ya’ to everything. But it was taken very seriously even though a lot of us were away in college in Dublin for a number of those years.”

On the field, it seems that if a player had a role, he guarded it jealously.

“We knew that Mick Moroney was going to be over every lineball and you daren’t go near it. You knew that Colm Honan was going to be over the frees and you daren’t question that. The only one that has no regrets is Jackie O’Gorman. He said we had a great time and we did. But the huge regret was we could dominate Tipperary, Kilkenny and Cork in the league no problem. But they proved a point and won three All-Irelands. They won All-Ireland semi-finals and finals by huge scores. The gap was huge.”

Stack played midfield with Mick Moroney and while the Crusheen man was older than the ’Bridge student teacher, they rubbed along famously. Mick, however, occasionally showed his authority. One day in Tulla, Moroney lay injured. While he was being treated, Stack pointed a lineball. Moroney was furious, calling Stack ‘a bollox’ for relieving him of his job.

Before a league match in Wexford, Clare had been due to stay in a hotel in Enniscorthy but when they arrived it was full. Stack and Moroney had to stay in the attic of a B&B.

“There wasn’t room in the hotel because McTigue booked 15 rooms for 40 people. He’d book the minimum number of rooms. We were sent up the street and we were put up in an attic. A chicken coop Moroney called it. Wexford had two great midfielders. One was a beautiful hurler and the other was a monster. Mick said to me, ‘I’ll look after the good hurler’. I said ‘ok but that’s not what Harry said’. He said ‘feck what Harry said’. Mick went to sleep on that but it was rattling around in my head that I had to face that monster tomorrow.”

Mick didn’t sleep too soundly though. His eyes might have been closed but his mind was racing.

Stack loved playing league games in Tulla where the crowd were hemmed in around the pitch. It had a claustrophobic feel but because Clare were used to it, the advantage was theirs.

“It was a bit of a trip from the dressing room onto the pitch which we found to be a bit of a battleground on some occasions, getting out and getting back. Against Offaly one day we had as much of a battle coming off the field as we had beating them on it,” he reminisced.

Deadly serious about their hurling, the Clare teams of the late ’70s were slow to go straight home after a match. In 1979 they were delayed in Kilkenny following a regulation league game.

“I think it was Tuesday evening when most of us got home. A man called Ned Byrne had a pub in Kilkenny. He was tight head for the Irish rugby team and Willie Duggan was number eight for the Lions. He was based in Kilkenny too. Byrne, Duggan and Noel Casey were at the counter all night consoling each other that training was an awful waste of energy and that you should be fresh. Willie Duggan was renowned for not training and The Case [Noel Casey] hated training. They were talking about warm-ups and everything that was wrong with training. They kept at it until six in the morning. We never got home on the same day as we left anyway.”

Manager Fr Harry said mass before most away games. One morning in Thurles he was interrupted in spectacular circumstances.

“We were in Cashel before a Munster championship match. Jimmy Walsh (sub-goalkeeper) from Bodyke was standing in front of a big window. He’d stop marbles but Barry Smythe opened the shoulders and let it fly. ‘Stop that one,’ he said. It went straight through a massive pane of glass and landed in front of Harry saying mass.”

On the mention of goalkeepers, The Duke [Seamus Durack] was the man. Stack revered him.

“Good job short puck-outs weren’t there that time. If Durack didn’t drive it 90 or 100 yards, he wasn’t happy. Not that he wouldn’t be able to hit a short puck-out. He was phenomenally dedicated. He played squash until his eyes were popping out of his head. He’d spend hours with lads hitting shots at him from all angles. He was a great ’keeper and a great athlete.”

Stack would love to have played hurling with the current county team, although he feels the 2016 generation would have the legs on the men of the ’70s.

“I’d love to have played with all of them, although I wouldn’t like to be running off Tony Kelly’s shoulder. Not on a Monday anyway. They seem to have a great appetite, don’t they? We had a lot of great hurlers but we probably wouldn’t hold a candle to the current team as regards mobility and speed, although we had a lot of very mobile players. Colm Honan, John Callinan and Enda O’Connor were hugely mobile. The game now is definitely a better game to watch and it’s definitely way faster but I think the defending is not as good. You had to defend that time really well because everything was way more direct and puck-outs were always long. You had more man-to-man combat.”

Stack was hugely impressed by Clare’s aerial demolition of Kilkenny in the league semi-final on April 17.

“To take on Kilkenny in the air like they did the last day shows that they have turned the corner in that regard. They are mixing it up. Hopefully we’re not predictable. John Conlon is a phenomenal force but he’s not going to be a target man every day because that will not work. They are not foolish enough to think that it will. You have to vary your game and be prepared to go long, short, lateral and run with it. Look at the athletes we have,” he noted.

Stack is somewhat bemused at the size of Clare’s backroom team, which numbers more than 30.

“I better not get into that one now. It might be picked up incorrectly. I find if you have more than two people to consult with it gets confusing. I was teaching all my life and if you kept one guy with you happy, you had a good day’s work done. How the hell can you keep 30 happy? Fair play to Fitzy if he can keep 30 people happy and then turn around and try to keep all the players happy after that. God help the next man, that’s all I’ll say,” he smiled.

Stack might have a Munster medal and probably a Celtic Cross in his possession had his generation the same belief that the current generation have.

“We didn’t have the mentality that these guys have. These guys have no respect for the opposition. Everyone says it’s because they have beaten them at U-21 but it’s more than that. They believe that they are better than Tipp, Cork or Kilkenny and their scoring rate is huge. The bigger the occasion the more they seem to revel in it,” the Sixmilebridge and Clare legend marvelled.