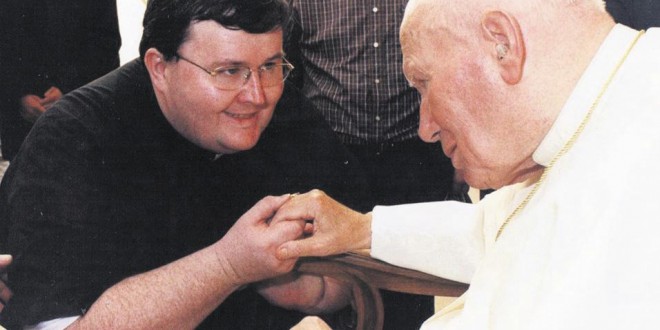 Come Sunday, I will be able to boast that I had the privilege of meeting an officially canonised saint of the Church on a few occasions. Having been lucky enough to spend a few years in Rome during my studies for the priesthood, I met St John Paul a few times. One of those privileged moments stands out in a particular way.
It happened in September 1992 when the Pope beatified 17 Irish martyrs on the steps of St Peter’s Basilica in Rome. Students of the Pontifical Irish College returned to Rome early that year to assist the influx of Irish pilgrims who came to participate in the beatification. An added bonus was that we were invited to serve the beatification mass at which Pope John Paul II was to be the celebrant.