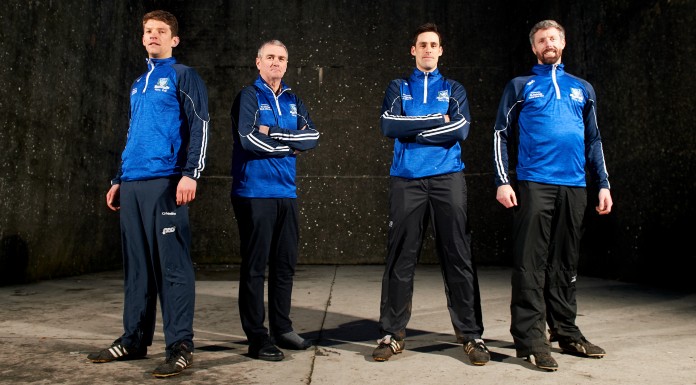 One look at the manner in which St Flannan’s go about their business on a Friday evening training session and it becomes apparent that the bar is set to the maximum in all aspects of their preparation.

It is hardly surprising though when you take into the account the calibre of the management team, with manager Kevin O’Grady flanked by Brendan Bugler, Mike Kelly and Shane McCarthy.

There is another link of outside of hurling that binds three of them together, with O’Grady, Kelly and McCarthy all teaching history and geography. Bugler is identified as the brains of the operation as he teaches Design and Communication Graphics, and he is adamant that he is keeping to the forefront of all the latest educational developments.

O’Grady is the man in the Bainisteoir bib with the Beagh native long since associated with Clare hurling. He was part of John Carmody’s management team in Crusheen when they reached the 2014 Clare senior final, before going on to link up with Donal Moloney as part of the Clare U-21 management team. Along with Kelly, he has been involved with this current crop in St Flannan’s since they first walked through its famed doors. He admits it has been a real battle to reach the final of this year’s competition.

“You are always hoping that you are going to get there but the first game was our only target from the start of the year. It was a very difficult group and we took it one game at a time. Every game has been a battle since and we were lucky to get over the line on a few occasions. We showed good character in a lot of games to get through, we have had no handy game so far, and it goes to show that you would not want to be looking too far ahead. In hindsight, it has served the lads well but at the time maybe you would have taken an easier group. Every game in the Harty is a dogfight so if you are not up for the battle, even playing a so-called weaker team on paper, you could get caught very quick” he warned.

There are one or two injury doubts for the squad ahead of this weekend’s final, and that even extends to the management team. Mike Kelly is going to battle through the pain barrier as he recovers from a leg injury, but it will not dampen the mood as they compete in a first decider since 2007. He says recent successes have led to previous glories being recalled around the school.

“Our pick has changed in recent times and we are much more open now. We would always hope that people who are interested in hurling would come in and try to play for St Flannan’s. Any bit of success you get will hopefully increase the profile. There has been a bit talk in the last few weeks among the staff who have been here that bit longer. Almost every other year in the 1990’s or early 2000’s there were Harty finals nearly all the time. We have not had many of those to talk about in more recent years so a lot of the stories from those years are starting to come out again, particularly from those who were involved in training the teams in those years. There is a great buzz around now and the excitement is really starting to build” he noted.

The current staff at the school is laden with hurling talent, with current Clare stars Tony Kelly and Jack Browne offering their services as water boys for the group. There are plenty more there for this latest squad of players to lean on, with two time All-Ireland winner Jamesie O’Connor also being the holder of two Harty Cup medals. John Minogue, Mike McInerney and Eamon Giblin have all plenty experience of what it takes to achieve success at this level, so there are plenty hands on deck to try and add title number 22 to the list.

O’Grady feels there has been a big emphasis in recent years on getting St Flannan’s back to the top table.

“Up to a few years ago there may not have been as many of the newer members of staff who were involved in hurling and I think that has changed. The management of the school have to take the credit for that. We love hurling and we don’t look on it as a job. It is very enjoyable and every minute we spend up in the field is enjoyable. Tony Kelly and Jack Browne have come in, Brendan has come in, and they are high profile lads that the students look up to so it is really beneficial on a number of fronts. All the lads on our panel are really down to earth and no one gets carried away. Behind all the hype surrounding it, I feel they know they have a big job to do and it is going to be a big task. Those games we had earlier will hopefully stand to them but you just never know until the game is played. To get a good Harty you need good teams coming along in succession to build your panel and that is what has happened” he said.

The Ennis based outfit have had to come through some stern tests en route to the decider, with leaders emerging when needed to see games through. Two time All-Star and current Wexford selector Brendan Bugler admits having those players to take up the responsibility has been a major factor in their run to date.

“A big positive the last day was having different guys step up. There are other lads who had great games the last day too and while they may not have held the sliotar for that long, that was not their role. Colm Cassidy and Peter Power worked tirelessly in the inside line and their job was to work hard and create space for others outside them and I thought they did that really well without getting the credit that they deserve. Here in St Flannan’s, we know the calibre of player that we have and I think it was great to see the likes of Oisín O’Donnell and Cian Galvin back to their very best the last day, but we need other guys to step up now in the final all over the field. We are lucky and blessed enough to have the calibre of player that we do and we have the leaders throughout so hopefully we can bring into the final. They are intelligent players and you have to bring that intelligence out onto the field. You have to be able to adapt to different situations and it is not that we are making all these calls from the line. You can coach them to a certain extent but it is up to them to make those decisions on the field whether that is to go long or to run the ball; we leave that totally up to them. They are intelligent enough to know when to do it, and also when not to do it” said the Whitegate man.

The major sporting emphasis at the moment might be on hurling, but St Flannan’s is always a hotbed for developing sporting talent regardless of the code. Mike Kelly outlined how students are always presented with the opportunity to excel in whatever sporting field they choose.

“ This year our basketball and volleyball teams have had All-Ireland success, along with the camogie and ladies football. We have great facilities here and early in the school year if you are here in the car park you can see a few hundred kids going out there training for different things. The athletics are the best trainers in the whole place really. They go out there on evenings that you wouldn’t venture out at all but they are up there running and they have had great success in winning All-Irelands. Sport is a big part of the school but it is only one part. We have lots of other things going on but there is certainly a great opportunity for students to play a lot of different sports” he stated.