Home » Lifestyle » Sr Ethel to continue her work in Missionvale 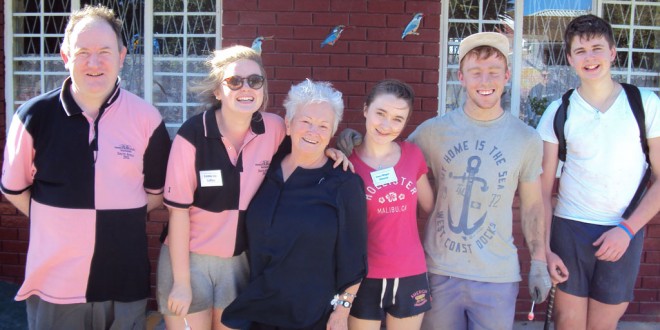 Sr Ethel to continue her work in Missionvale

CLARE missionary nun Sr Ethel Normoyle has vowed to continue her work, helping thousands of poor and unprivileged people in a South African township, until a plan is put in place for sustainable development.

Sr Ethel (70) said she has no plans to retire or to return home, after spending 27 years developing and maintaining the Missionvale Centre in Port Elizabeth.

The Lissycasey-born nun said she could not betray the trust of hundreds of people who have donated time and money to build the centre, until a strategic plan has been put in place, considering the centre gets no financial help from the South African government and is relying on the goodness of others.

She noted this process is in the capable hands of Missionvale Ireland chairman, Ollie O’Loughlin; secretary, Kieran McDermott and their board of trustees.

A member of the Little Company of Mary order, she revealed she was subjected to an attempted kidnapping during the Apartheid years after arriving in South Africa in 1972. She recalled how the situation then ignited a thirst for justice in her and gave her the strength and determination to oppose racial discrimination.

“I did not expect the cruelty that I was faced with. I was threatened, spat on, arrested, stabbed and an attempted kidnap – the latter was what frightened me most as when I would close the door in the morning, I had a fear that I would not return,” Sr Ethel noted.

“One of my greatest strengths was that my parents were alive and I knew I was well protected by their prayers. It also was a cause of great tension in me knowing that if anything did happen to me, the pain and stress I would have caused them and I certainly did not want that to happen.

“I will never forget the day that our beloved Nelson Mandela took the presidential oath in parliament. I jumped from my chair as I watched it on television and said to myself ‘this is a point of reference that we will never go back to where we’ve come from’. It was worth fighting for.”

She said she receives a great boost from the arrival of Clare and Irish volunteers to complete projects in the township on a regular basis.

“I am in awe of their generosity and it gives me a sense of pride and great joy that I come from a county and a country that cares so much about people who never had an opportunity in life” she said.

They were joined by Connor Donnellan and Alan Cunningham, St John Bosco School, Kildysart; Cathal Keane, Kilrush; Jack Moran, Cathal Hodgins and Keelan McNelis, St Flannan’s; Michael Purcell, Thurles; and Reuben Pim, Kilkenny.
“I had a lovely, fun time with them, despite the fact that they worked so hard. We chatted and laughed a lot. It was a great joy to have them and truly, I did fall in love with them.

“That puts me in a position to be always concerned about them and I would hope that from their experience in Missionvale that they would know that they don’t need to have everything to achieve what they want in life,” she said.

While every project has helped address the needs of people, she cited their shelter, which provides covered accommodation for between 700 and 1,000 while they wait for various facilities in searing heat and dust storms, as the one that makes a difference every day.

“It was a huge comfort to them when my nephew, Enda, came and made benches but people still had to endure the climate. Out of the blue, the money came from two very generous people, Bill and Oonagh McElhinney, to build this sanctuary.

“It is an unbelievable sacred space; it brings its own peace and the opportunity to do various health promotion programmes, with literacy and information sharing. It’s a place where the people share their stories and gather comfort from the harsh reality of their lives and its sense of togetherness reminds me so much of my own childhood days, when Jack Donnelly and John and Tommy Ronan and Marty Markham used to come to our house ‘an cuaird’ at night,” she said.
While winning a plethora of awards does not mean much to her personally, she acknowledged they do seem to make a difference when visitors attend the centre. The one recognition of Missionvale that speaks to her heart is the Tipperary Peace Award, which was awarded in 1996, considering Nelson Mandela was a previous recipient.

When Mother Theresa visited the centre in 1988, Sr Ethel was dressing a wound that had become a cavity on a man’s leg. She had to finish the dressing, which took a little bit of time.

“A person I didn’t know, kept calling and saying, ‘Mother Theresa is looking for you’. I never thought she came to see me. When I went to meet her, all I could see was people crying and when I asked them, they thought that the word ‘mother’ meant my mother and that she had come to bring me home. Looking back on it, it’s funny now but I was stuck between a rock and a hard place – meeting Mother Theresa and reassuring them that it was not so,” she said.

She described Queen Elizabeth II as a “most gracious lady” after she visited the centre in 1995.

Asked what keeps her going, Sr Ethel said she is a sister of the Little Company of Mary, who strive to make visible the healing presence of Christ in the midst of human suffering through prayer, compassion and presence.

“This charism has been my lifeblood, but I do find the huge gap of desperation difficult to handle and that never fades with time. Some evenings I have a good cry, as I have a great belief in the gift of tears. It washes away the pain of the day and I try again tomorrow.

“I bonded with the people of Missionvale when I came. It’s like a friendship, you don’t walk away from your friend in hard times,” she explained.

Looking back on her golden jubilee celebration in Lissycasey on September 23, 2013, she noted, “My brother, Val, who had suffered a stroke six years previously, listened intently to Pam, his daughter, and myself singing There’s a time to remember. Kieran McDermott had composed a poem, putting together the various bits and pieces that I’d shared with him of my life since I entered and my niece, Eimear, recited it.

“I still don’t have the words for all the wonderful people who have believed in me, who have given so generously, who have cared, who have encouraged me along the way. Then, while I may have come almost 43 years ago to South Africa, others have come after me and have outrun me, leaving behind their great gifts, the challenge of new possibilities and, of course, it’s like music, the hammers and laughter ringing in the air,” she added. 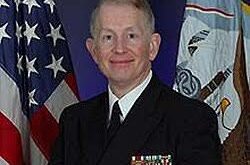